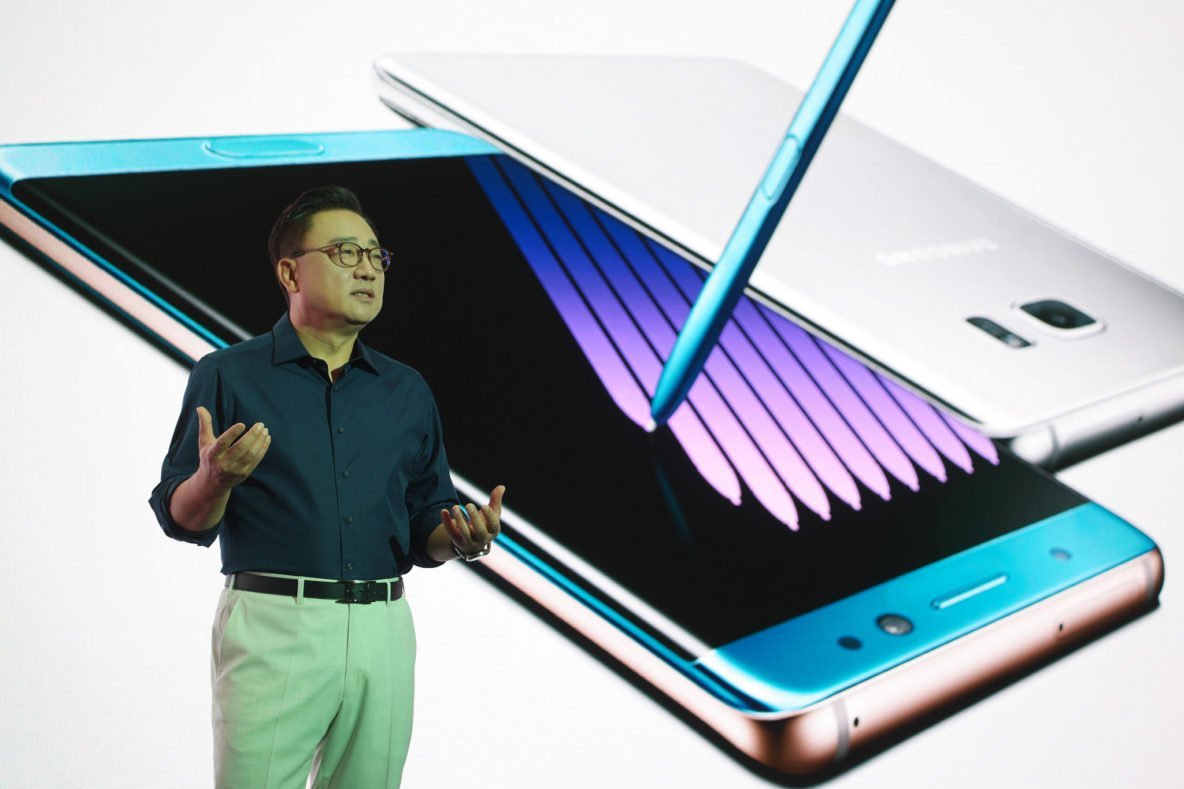 AS we had hoped, Samsung finally halted sales and exchanges of Galaxy Note 7 units after replacement phones are still overheating and catching fire. With the device practically done, what are your options this time? Which smartphone should you consider buying? We listed nine alternatives for you.

This may have been launched seven months ago, but it doesn’t mean the Galaxy S7 Edge is to be sniffed at. Sure, its screen may be smaller by .2 inches and it may not have an iris scanner or an S-Pen, but it’s as capable as the Galaxy Note 7. The two phones’ variants that are available in the Philippines and the rest of Asia share almost the same specs, such as an Exynos 8890 Octa chipset with Mali-T880 MP12 GPU, 12- and 5-megapixel cameras, and an IP68 certification. Our only complaint about the Samsung Galaxy S7 Edge? Its curved edges are prone to accidental presses. Click for complete specs.

Apple may not always be the first when it comes to specs, but what it has, it usually does right. With the iPhone 7 Plus, you get improved waterproofing (yes, the iPhone 6s was water-resistant, but wasn’t officially announced as one), better design with more color options, even better rear cameras, and double the internal storage per model. What’s more, it’s now seen as the fastest smartphone around, based on AnTuTu Benchmark. Click for complete specs.

If you want the best of what Google has to offer, including Android updates, then you should look no further; the Google Pixel XL is the right smartphone for you. It’s got the latest Qualcomm Snapdragon 821 processor underneath its hood; a huge, 3450mAh battery to last you all day; Google Assistant built in; and best of all, the highest-rated smartphone camera by the camera experts at DxOMark. Google provides unlimited storage for your photos and videos, too. Click for complete specs.

For a smartphone that is one of the most high-specced among this bunch, you’d think the OnePlus 3 would get a high price tag. Surprise! This is the cheapest among the devices mentioned in this article. You’re looking at 6GB of RAM, a Qualcomm Snapdragon 820 processor, a fast battery-charging time (60 percent charge in 30 minutes, anyone?), and a capable 16-megapixel camera for only a fraction of the cost of each phone listed here. Better yet, it doesn’t look cheap; it’s well-designed, so much so that even tiny details such as the color of the charger were given much attention. However, it’s so thin that you should never use it without a case. Click for complete specs.

Speaking of thin, you’re looking at the thinnest smartphone in the world, coming in at only 5.2mm. But what’s crammed into its body is nothing lightweight. You can even attach accessories — Moto Mods like a point-and-shoot camera and a battery — to its body through a magnetic connector without the need to turn it off every time. This Qualcomm Snapdragon 820-powered device is coming to the Philippines soon, so keep the Moto Z on your radar. Click for complete specs.

This smartphone is as power-packed as they come. The most deluxe of the Deluxe variants has a couple of firsts under its belt: the first smartphone to come with Qualcomm’s Snapdragon 821 processor, the first to sport an invisible antenna design, and the first to combine 6GB RAM with 256 UFS 2.0 ROM. On top of that, there’s a 23-megapixel camera with Sony IMX 318 sensor on its rear. The only thing that may pull you back is a price that can reach as high as P44,995 for the top version. You’re probably not used to seeing expensive ZenFones, as the brand was originally synonymous with “affordable.” Click for complete specs.

We’ve said it before, and we’ll say it again: The LG V20 is what the LG G5 should and could have been. As with the ASUS ZenFone 3 Deluxe, the dual-camera phone also has some firsts to boast of: the first non-Google device with Android 7.0 Nougat out of the box, the first mobile to feature a 32-bit hi-fi quad DAC (digital-to-analog converter), and the first to ship with a shortcut to Google In Apps search, a feature that will let you look for photos, videos, and contacts, among others, across Android apps like YouTube, Gmail, and Spotify. Click for complete specs.

The Mi 5s Plus is part of two elite clubs. One is a band of Qualcomm Snapdragon 821-equipped brothers, whose current members include the Google Pixel Plus, the ASUS ZenFone 3 Deluxe, and the LeEco Le Pro 3. The other is a group of phones with 6GB RAM, which counts the OnePlus 3, the ZenFone 3 Deluxe (again), and the Le Pro 3 (again) as its members. However, Xiaomi isn’t done yet; the company has also thrown in a dual-camera system into the Mi 5s Plus for good measure. Click for complete specs.

The Huawei Mate 9 would have been more appropriate to add to this list, but its launch won’t even happen until November 9. Still, the 5.5-inch P9 Plus is something worth considering if you’re in the market for a smartphone with a great camera. No, scratch that. Make it “cameras,” as the device has a dual-camera setup. One of those two takes pictures in color and the second in monochrome to produce more detailed images. That doesn’t mean each sensor can’t be used independently, though. This is an approach now copied by Xiaomi with its Mi 5s Plus. Click for complete specs.

Most of the smartphone options here are not officially available in the Philippines. With reputable online sellers like Kimstore and Widget City, though, we believe you won’t have a hard time looking for the device you want. We should know; we bought the black variant of the Apple iPhone 7 Plus from the former. We are not into getting our gadgets from the gray market, but when we don’t have any choice because of availability issues (hashtag #ThirdWorldProblem), then we go to those we believe will not screw us.

10 smartphone life hacks you should know, via Mr. Hacker