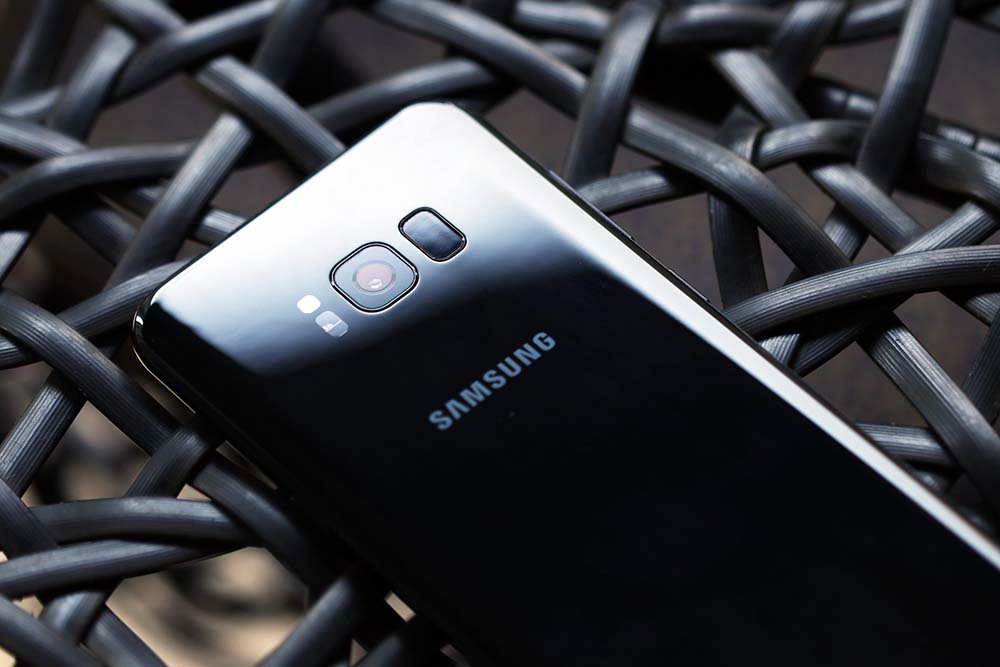 THE Samsung Galaxy S8 (click for complete specs) and Galaxy S8+ (click for full specs)  are getting lots of positive reviews from critics — including us — while pre-order sales have skyrocketed in Korea and in the U.S.

And duly so: They have looked convincingly like the phones to beat in 2017, with the regular S8 being the more agreeable of the two. Samsung has indeed put forth its best effort yet, but it comes at a higher cost and, by extension, a harder hit on the wallets of consumers. A new report from analytics firm IHS Markit claims the Galaxy S8 is much more expensive to make than the previous model.

In case you are wondering — and you probably are — the iPhone 7 has a bill amounting to roughly $224 (P11,100). And yes, you’re paying more for your iPhone than you probably should, but that’s Apple for you. 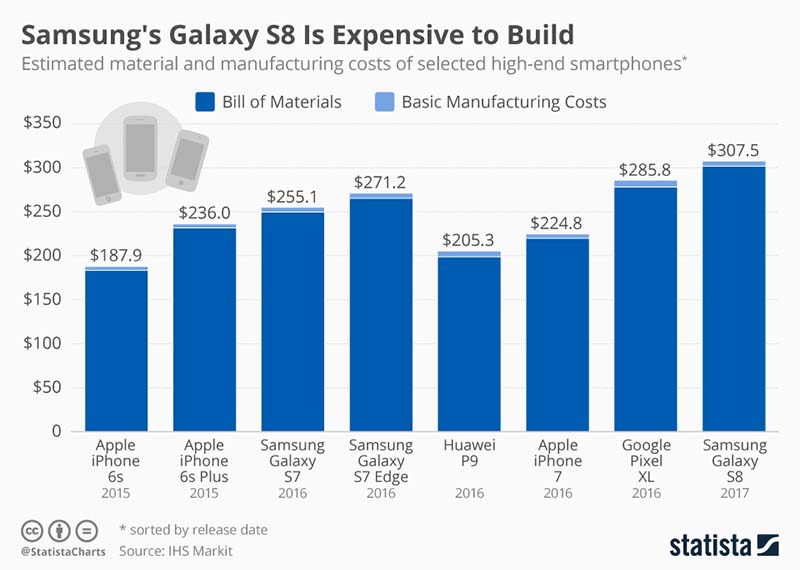 Estimated material and manufacturing costs of select smartphones via Gadgets 360

IHS Markit has not yet performed a teardown analysis on the Samsung Galaxy S8+, but its bigger size and bigger battery should translate to a higher expense. In the Philippines, the Galaxy S8 is priced at P39,990 (approximately $804), and the Galaxy S8+, at P45,990 ($924), both with 64GB of storage. It should be noted that both the S8 and S8+ are more expensive than what came before, albeit storage has been doubled in the base models.

READ ALSO: Why your next smartphone could be more expensive

Asked to comment on the bloated costs, a company representative said the increase was in line with Samsung’s attempt to introduce more hardware features this year to make its product stand out.

Then again, it’s not like Samsung is losing margins — and sleep — over the fact its latest flagship doesn’t come cheap, not even for the company. As we’ve noted, the S8 and S8+ are more expensive to own.

From Samsung Galaxy S8 initial review: A Galaxy had never looked so bright