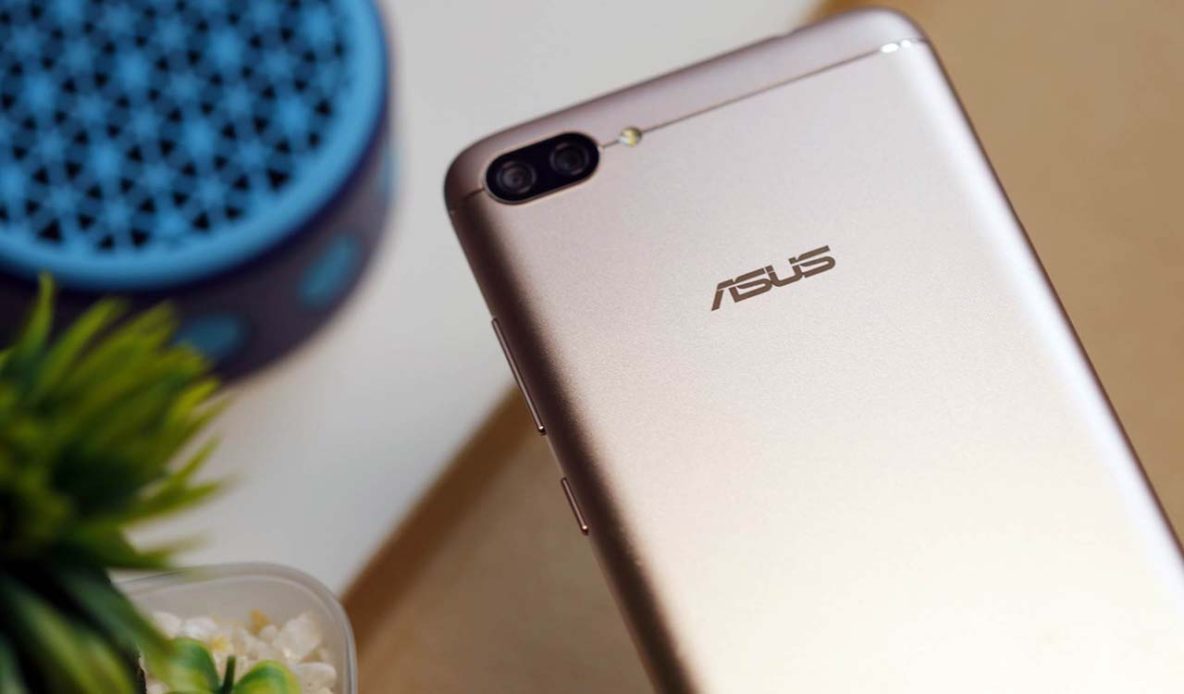 FOR a while now, every OEM in the budget category seems to be focusing on performance, the camera department, or a combination of both — with mixed success. Few sweat the other stuff, like battery life.

Which is what makes the ASUS ZenFone Max smartphones quite a charmer. The new P9,995 (roughly $196) ZenFone 4 Max, in particular, has a huge 5,000mAh cell, enough to keep the phone alive for days. There, we said it. This unit can walk the walk and put on the extra miles if needed; with a bigger unit, it outlasts the ZenFone 3 Max, one of our favorite marathon runners from the previous year.

Progress even extends to the back of the ASUS ZenFone 4 Max, where a versatile dual-camera setup now roosts — one for regular shots and one for framing landscapes or other subjects that require a wide-angle lens to shoot properly. The selfie camera also gains a front-firing flash for brighter, clearer photos and videos in dim conditions. 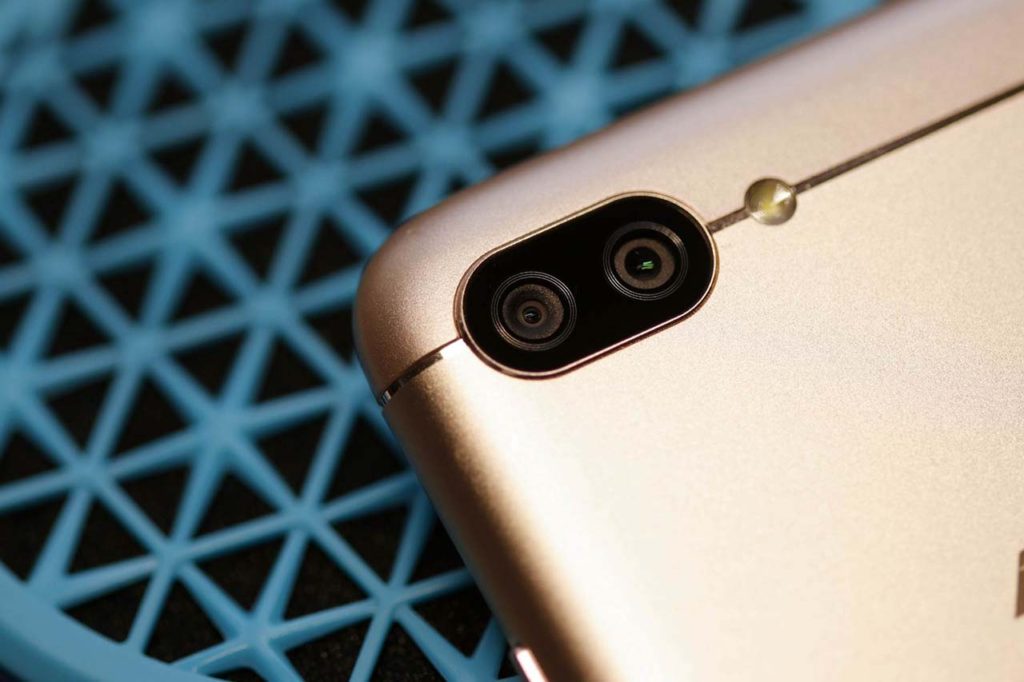 The ASUS ZenFone 4 Max, which we’ve had since launch day, now has a versatile dual-camera setup — one for regular shots and one for framing landscapes or other subjects that require a wide-angle lens to shoot properly.

All of these features and more squeezed into an agreeable footprint that makes other 5.5-inch phones look bulky and unflattering by comparison (ahem, Apple). The ZenFone 4 Max will get you through a full day of work without exhausting itself in the process. But there is definitely more to it than a lasting battery.

READ ALSO: This is how much the new ASUS ZenFone 4 models cost in the Philippines

First off, the hardware: There are slight changes here and there, but nothing too drastic. The back is still metal, sporting thin antenna bands on the top and bottom that dart in a straight line and bend toward the screen. Speaking of which, the entire front is clad in softly rounded glass, making sure those edge swipes feel more natural.

The 5.5-inch LCD screen, while running at high resolution, doesn’t come across as anything special. In fact, we’d argue that it’s one of the least desirable qualities of the ZenFone 4 Max. 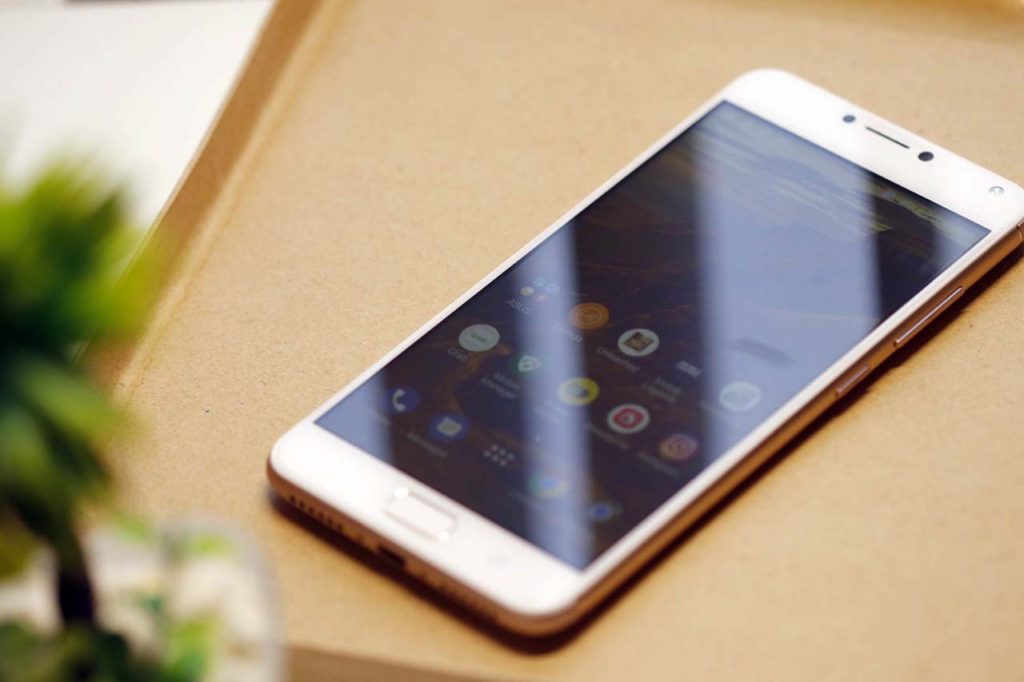 The 5.5-inch LCD screen is one of the least desirable qualities of the ASUS ZenFone 4 Max.

The overall picture lacks vibrancy, and colors tend to turn sour at extreme angles. For the money, it’s fine, and tradeoffs are typical in this price range anyway. But there are much better options.

Unlike on other ZenFone models, there’s no setting to adjust the color temperature, but you can toggle the blue-light filter mode on to reduce eye strain when using the display for long hours, which you’ll probably end up doing with one of these.

The phone’s also got nice, rounded edges that sit in the hand well and make it appear about as sleek as the ZenFone it replaces. The left cheek features two SIM trays and housing for an SD card of up to 256GB. Meanwhile, the loudspeaker along the bottom rail delivers satisfying volume, especially in outdoor mode, although the clarity is compromised and the bass lacks punch. 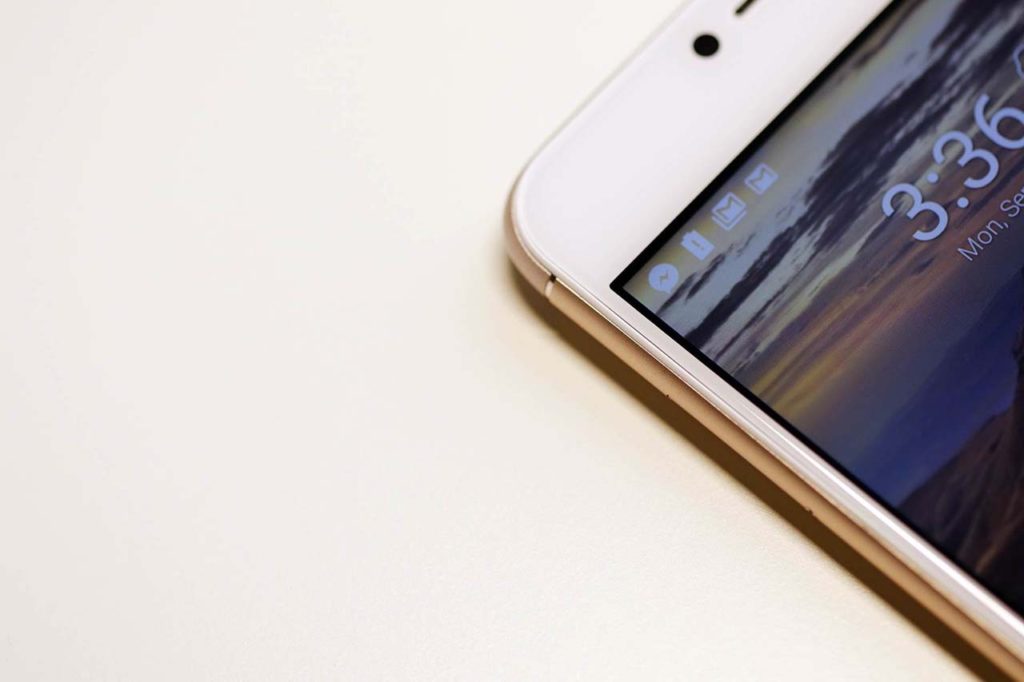 The ASUS ZenFone 4 Max has nice, rounded edges that sit in the hand well.

Design-wise, the most obvious change is the relocation of the fingerprint reader, which has been moved from the rear to the front of the unit, and now pulls double duty as a capacitive home button. 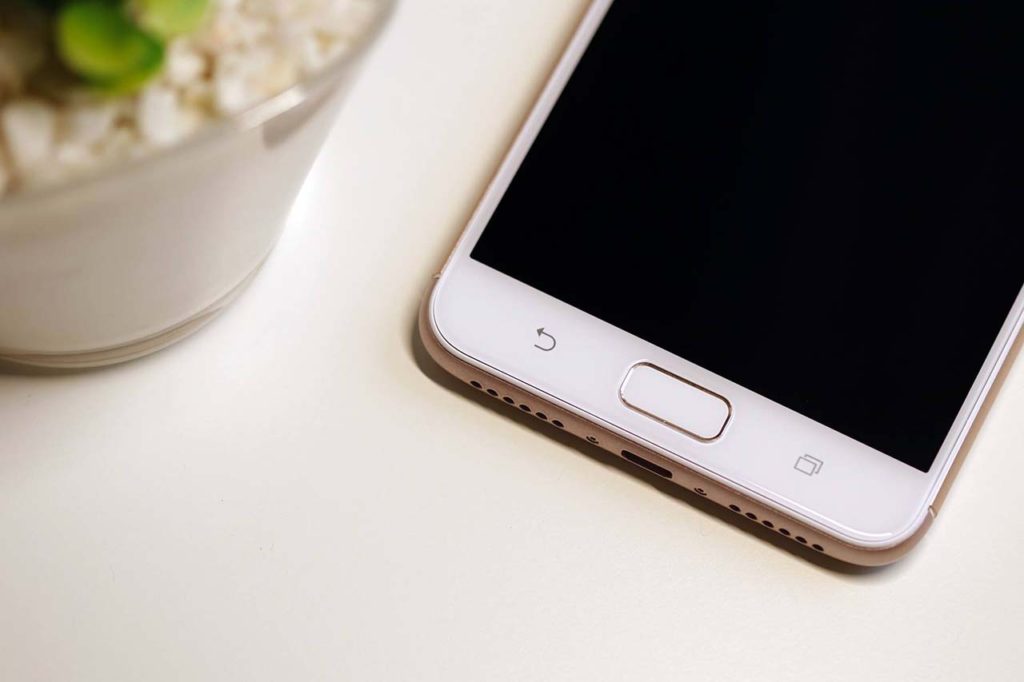 Design-wise, the most obvious change is the relocation of the fingerprint reader.

Sure, the placement won’t sit well with everyone, but we prefer things this way, unlocking the handset with our thumbs instead of our index fingers. In our testing, we found the sensor to be fast and accurate and pleasant to use because of its size, shape, and position. The gold accent around the button is a nice touch as well.

It gets better: The ASUS ZenFone 4 Max does not give the impression it is concealing a monster battery. Not really. It is neither awkward to use nor uncomfortable for prolonged usage. Although a smidgen on the chunky side, it feels just like any other budget option in the ways that count most. Splendid.

The dual-lens system on the back, as mentioned earlier, is another major selling point, with the ZenFone 4 Max packing more camera than its predecessor. The camera array houses a standard 13-megapixel sensor for regular shots and a wide-angle lens, which might prove useful for taking landscape images in tight spots. 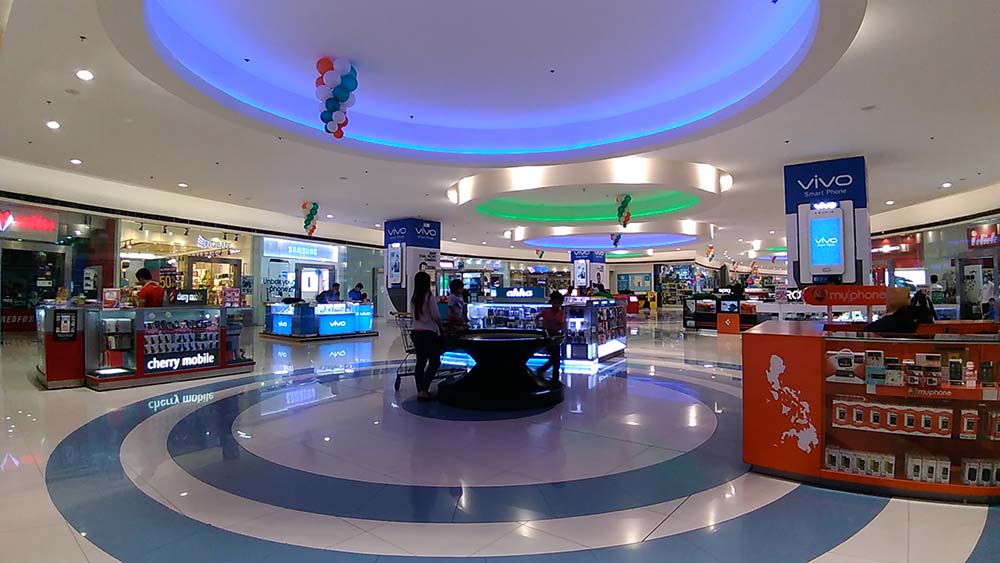 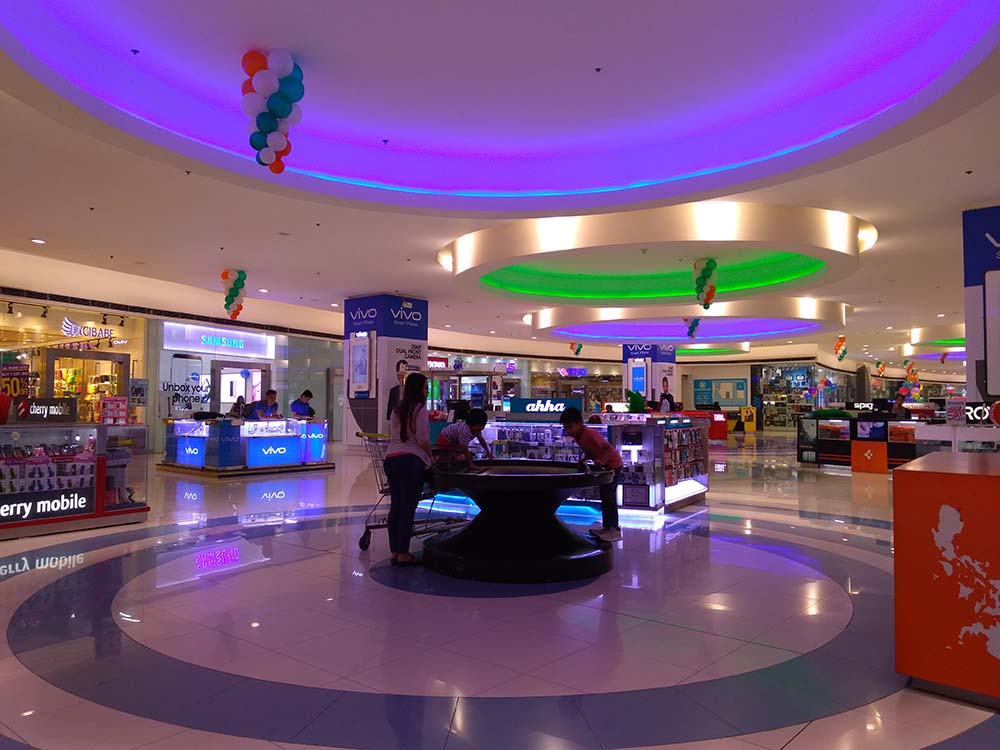 As helpful as that sounds, don’t expect the same quality from those optics. The super-wide shooter, in particular, performs poorly in low light. But even in good lighting, the results aren’t as bright and detailed as we would have liked.

The regular camera produces better photos — sharper, at least — though that isn’t saying much considering the low bar set by its sidekick. It comes with manual controls, which is easy to find and can get as complicated as a point-and-shoot, with settings for ISO sensitivity, shutter speed, and more.

The front-facer is 8 megapixels and (thankfully) performs more than adequately. It works with the pre-installed ASUS BeautyLive app, too, which applies filters to live video and makes your mug screenshot-worthy. Supported apps include YouTube, Instagram, and Twitter — all the big names except one. Sorry, Facebook users. 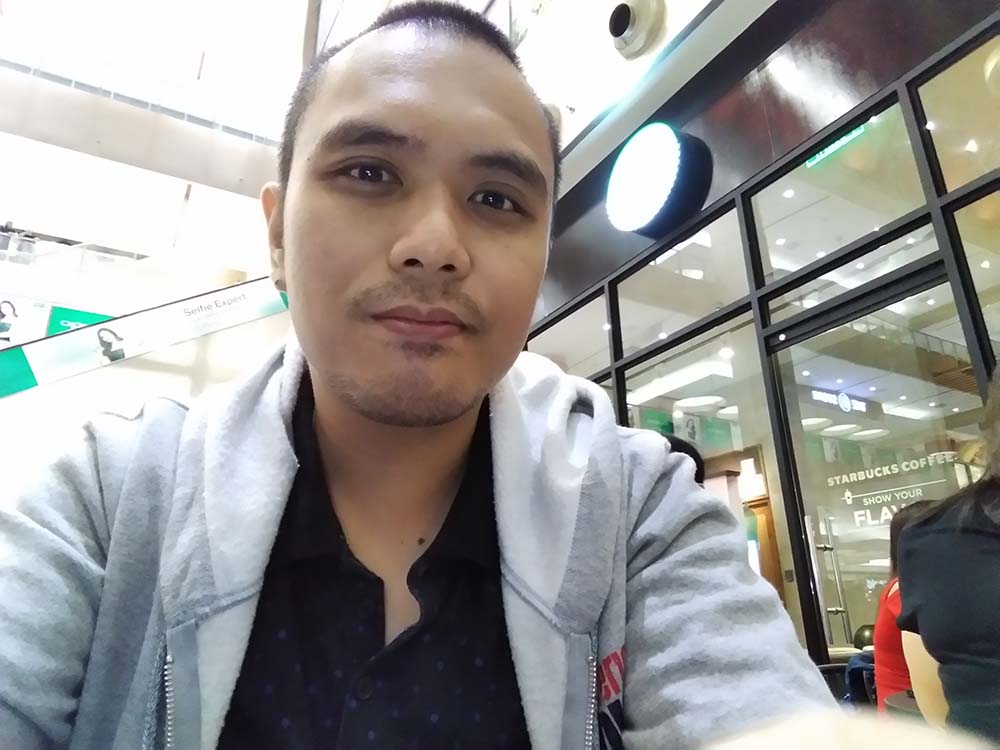 If you had expected greater things under the hood, you’d be wrong: In terms of how it runs, this sequel isn’t an upgrade over the previous version. Performance should be equal across the board, with the ASUS ZenFone 4 Max relying on the same Qualcomm Snapdragon 430 platform with 4GB of RAM.

That is not necessarily a bad combination — just a tired one. And one that won’t win the battle of benchmarks and gaming chops. This is 2017, and ASUS could and should have done better knowing what the Chinese competition has been up to. The OS is Android Nougat and sees a less-bloated version of the company’s ZenUI on top of it. It doesn’t look prettier, but much of it is customizable, down to the look of the icons.

It did manage to nail one aspect of the phone perfectly, or beyond expectations: battery life. That 5,000mAh cell lasts a while, way longer than we’re comfortable with. You’re looking at between 10 and 13 hours of screen-on time on a full battery, and this typically translates to two to three days of mixed usage. We don’t recall ever plugging in after just one day of use.

The ASUS ZenFone 4 Max managed to nail one aspect of the phone perfectly, or beyond expectations: battery life.

On one day of testing, we spent an hour keeping up with our social-media feed and a combined four hours playing NBA 2K17 and Dynasty Warriors: Unleashed — two of the more graphically demanding titles the Play Store has to offer. Our unit’s battery level after the exercise? Fifty-nine percent from 100 percent. Most other smartphones would have tapped out after that point. 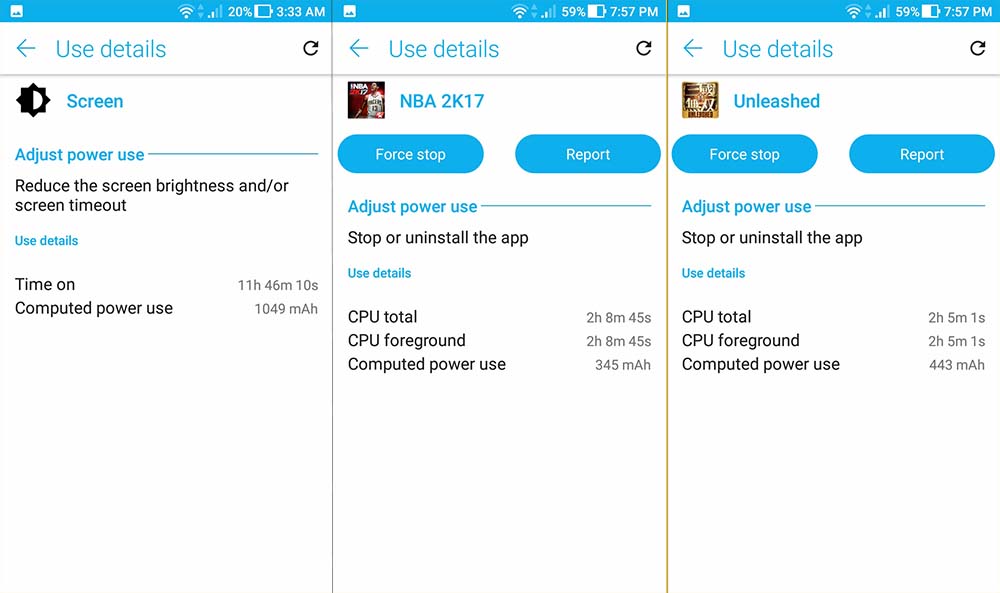 The bottom line is, the ASUS ZenFone 4 Max promises long hours of work and play — and it delivers.

Charging times, however, (reasonably) take a back seat to longevity, with the battery needing several hours plugged in. The ASUS website claims that it can get from zero to full in four hours using the bundled charger, but it normally takes us five hours to fully recharge. Okay, not bad. But then again, it’s not the most impressive out there.

Better than ever (well, for the most part), the ASUS ZenFone 4 Max brings a more functional camera system for shooting wide scenes.

The touchscreen is decent and so is the selfie camera above it. It’s got a metal body with a fingerprint sensor on the front that works as it should. The most it has going for it, though — literally and figuratively — is longevity. Finding another budget phone that ticks all these boxes would prove difficult. And for that, the ZenFone 4 Max deserves consideration. 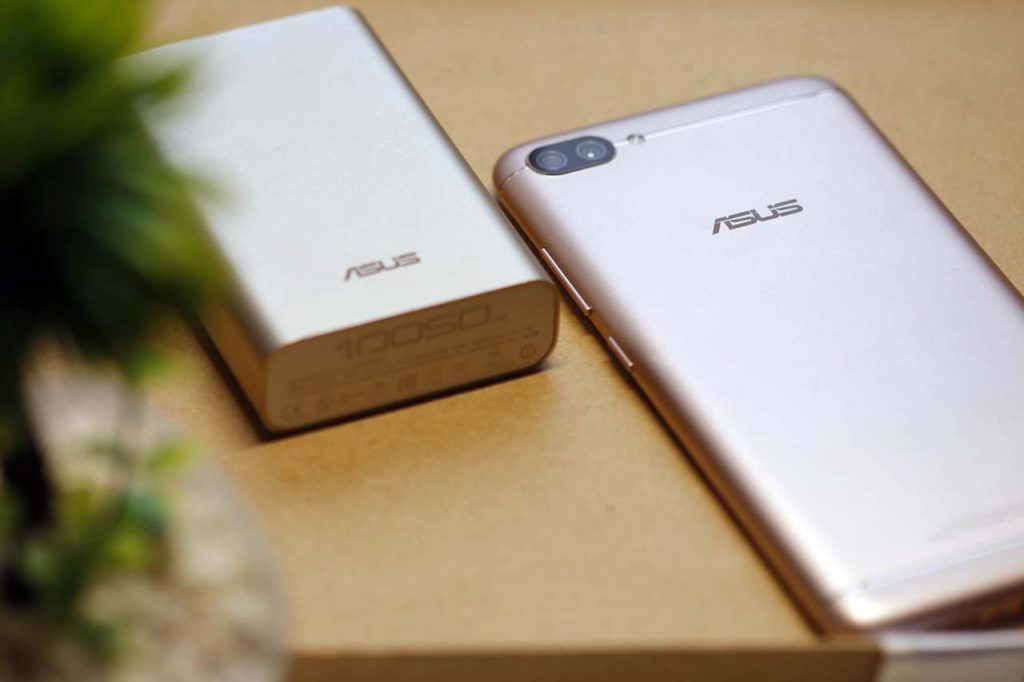 The most the ASUS ZenFone 4 Max has going for it is longevity.