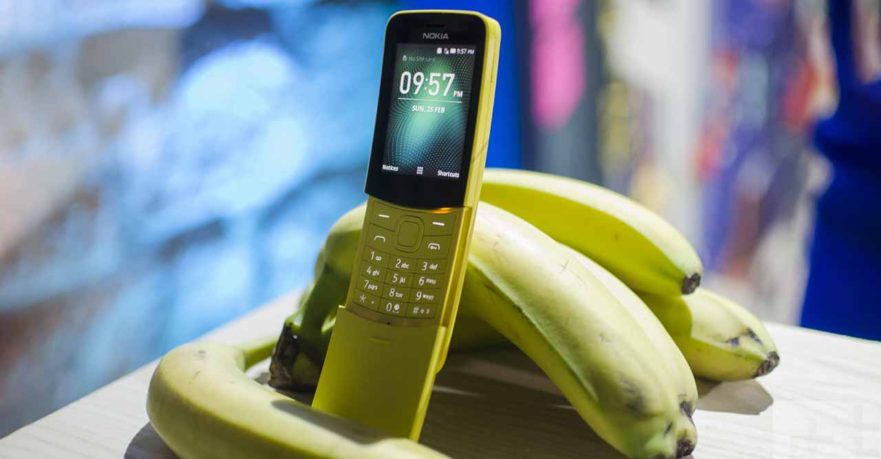 After bringing the Nokia 3310 back into consciousness last year, HMD Global, the company with exclusive rights to make Nokia handsets, has fired up the time machine again.

Only this time, it has brought back the iconic “banana phone” from the 1999 movie The Matrix and updated it for modern needs. The Nokia 8110 4G is a remake inspired by Nokia’s back catalog and will be available from May in Europe for €79 (approximately P5,043 or $97). It will probably arrive in the Philippines.

Like Neo’s phone of choice in The Matrix, this updated version has a curved body; a slider; a physical keypad behind that slider; and a puny display by today’s standards. There are black and yellow versions of the Nokia 8110 4G, with the latter suggesting that HMD has embraced the fruity reference without hesitation.

At first blush, it may seem like nothing more than an invitation down memory lane, but even though it’s a basic phone, the Nokia 8110 4G comes pre-loaded with stripped-down versions of Facebook, Gmail, and Google Maps. It will also have a new Snake game, which proved popular on Nokia handsets in the past.

It doesn’t run Android; instead, you get an operating system known as Kai OS. HMD is said to be working with Google and Facebook to add more mobile apps to the phone.

Despite the ubiquitousness of smartphones, feature phones remain a popular option on many markets. According to data from CSS Insight, 480 million feature phones were shipped last year. It’s estimated that the number of units moved this year will drop to 400 million, which is still high. That said, don’t be surprised if your favorite Nokia handset from back in the day gets the Lazarus treatment soon.