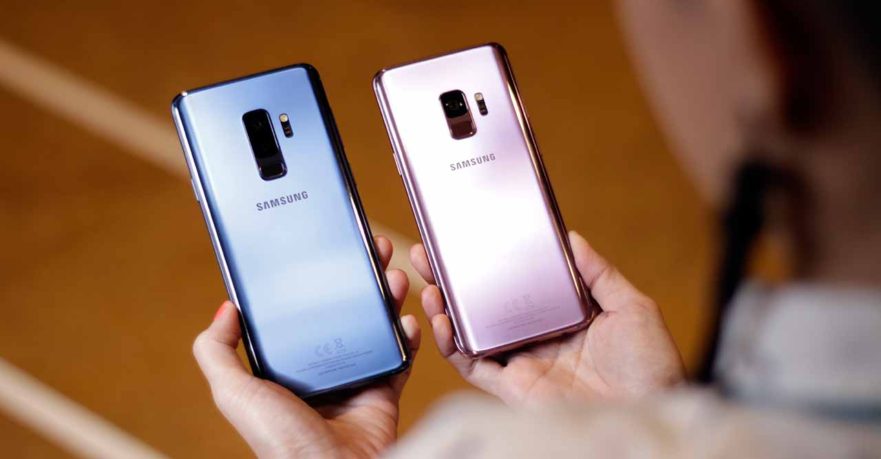 Roll out the red carpet — the new Galaxy smartphones are here.

Samsung today unpacked its 2018 flagship devices at the Mobile World Congress in Barcelona, Spain. And they’re everything we imagined them to be, thanks to the flurry of leaks that came out recently.

Yes, the Samsung Galaxy S9 and Galaxy S9+ do not look that much different from their predecessors. However, the real change can be found underneath the hood — the most significant of which is the camera system.

For the first time, Samsung has adopted the super-slow-motion feature popularized by Sony. You can record up to 0.2 seconds of 720p slo-mo clips at an incredible 960 frames per second. It is useful when you want to add drama to your footage, whether it is of your child cartwheeling across a room or your favorite basketball star making his signature move. Check out our sample clip, where we spin a coin on a table.

Our sample super-slo-mo video captured on the Samsung Galaxy S9+. The phone randomly selected the music you hear in the clip, but you can select between presets or add your own

With a variable aperture from f/2.4 to f/1.5 — the lowest ever in a phone — the Samsung Galaxy S9 and Galaxy S9+ should make it easier for you to shoot in low light. Here, we take a photo of a flower placed in an area with limited light using f/2.4 and f/1.5. See the difference below. 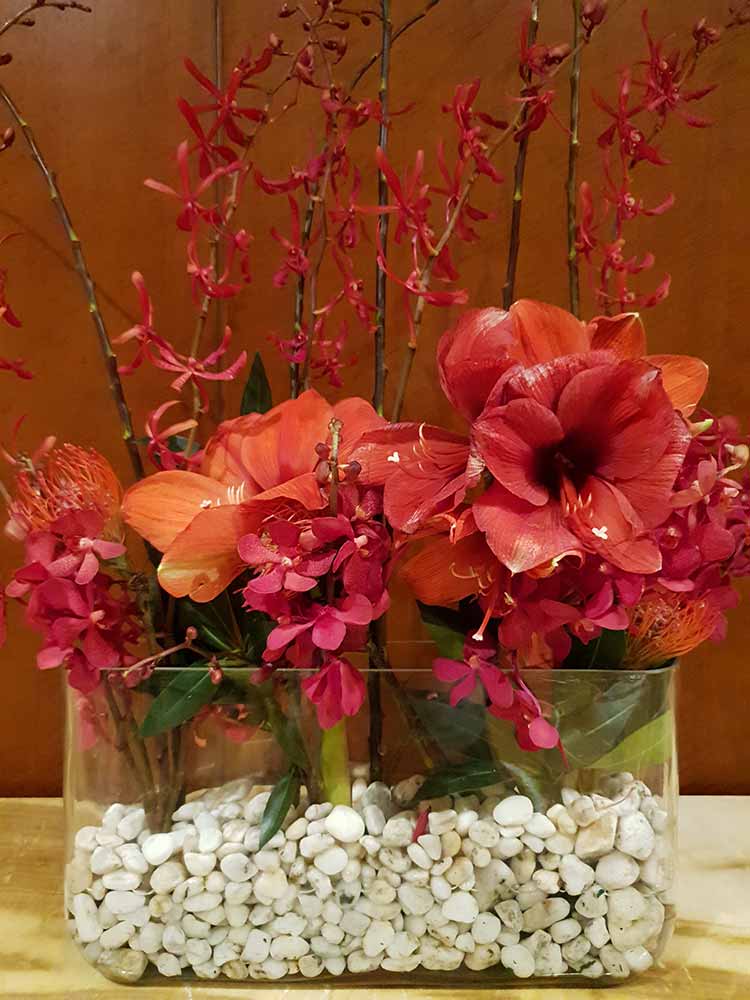 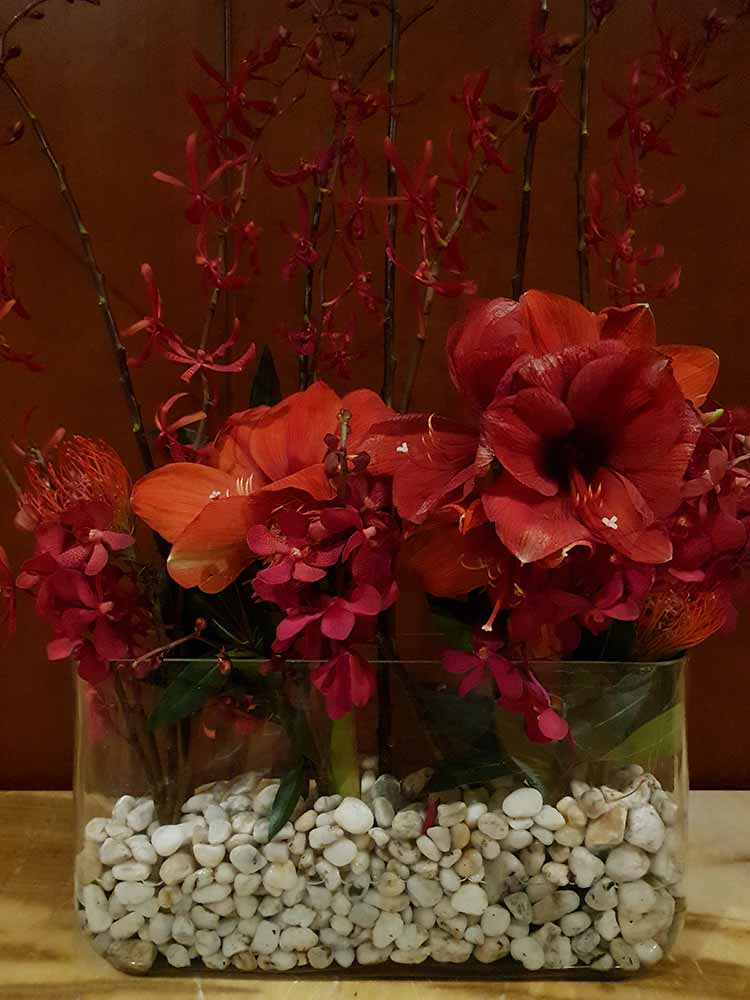 The third notable addition is AR Emoji, Samsung’s own take of Apple’s Animoji. You can tickle yourself and your friends silly with animated emoji. Unlike Animoji, which works only in iMessage, the feature is not exclusive to the Korean tech giant’s messaging system. Let us share with you one of the emoji we created earlier.

The regular S9 sports one 12-megapixel rear camera, while the Plus model gets two 12-megapixel cameras on the back — one for 2x optical zoom and the other, for wide-angle shots. Selfies and groufies are captured by an 8-megapixel front camera with f/1.7 aperture.

The Samsung Galaxy S9 and Galaxy S9+ come with specifications fit for flagship phones. As in the past, the variant that will be released in the Philippines is going to be powered by the manufacturer’s own Exynos 9810 octa-core chip, not Qualcomm’s Snapdragon 845. The processor is paired with 4GB of RAM and 64GB of internal storage for the 5.8-inch S9 and 6GB of RAM and up to 256GB of built-in memory for the 6.2-incher.

The screen is still Super AMOLED, with 2,960 x 1,440 resolution and 18.5:9 aspect ratio. You can double down on security by using either the iris scanner or the relocated fingerprint sensor at the back. An IP68 water- and dust-resistance rating and Android 8.0 with Samsung’s Bixby digital assistant also come standard. 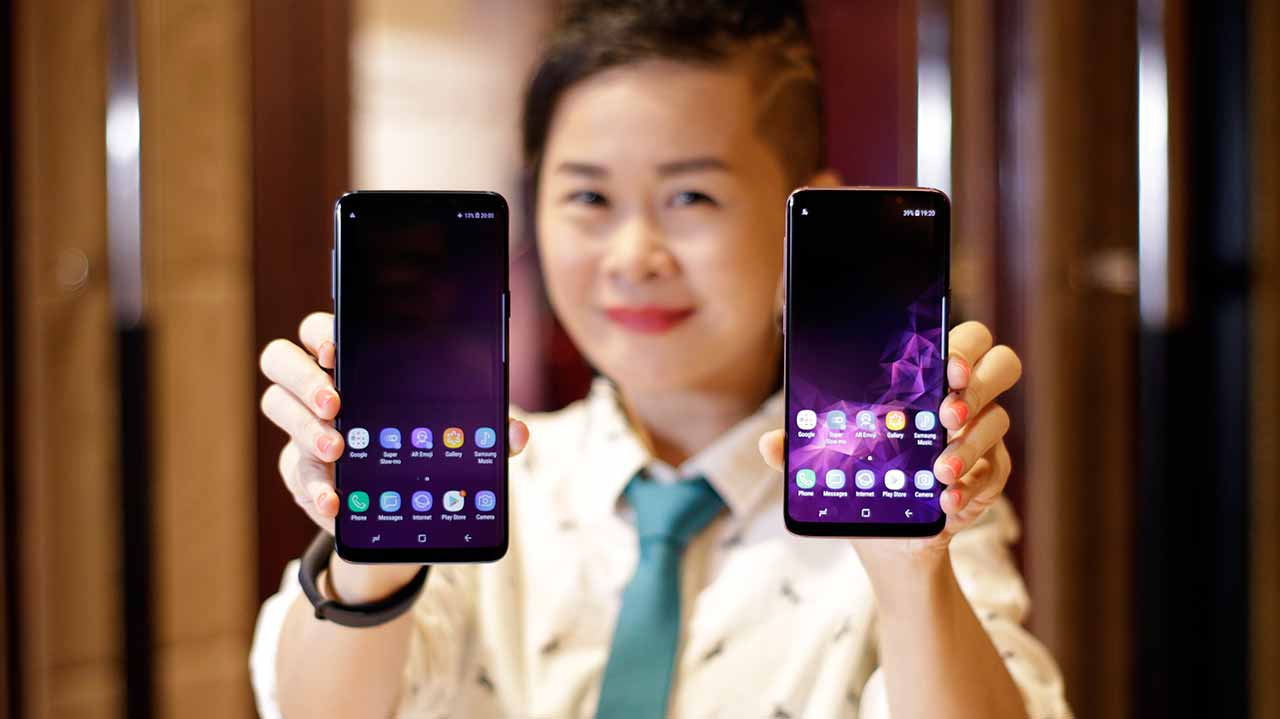 Good news: As we reported more than a week ago, we in the Philippines won’t have to wait long for the duo to land on our shores. Samsung will start accepting preorders starting February 27, formally launch the two smartphones on March 9, and release the 64GB models on March 16. The 128GB and 256GB versions of the S9+ will be rolled out a week after, on March 23.

We guess this is the new normal pricing for premium smartphones — one that will be easier to bear when you avail yourself of them through a postpaid plan. So expect Smart Communications and Globe Telecom to reveal their respective offers at any time soon.

Any of you here all set to buy an S9? Raise your hand and sound off in the comments.