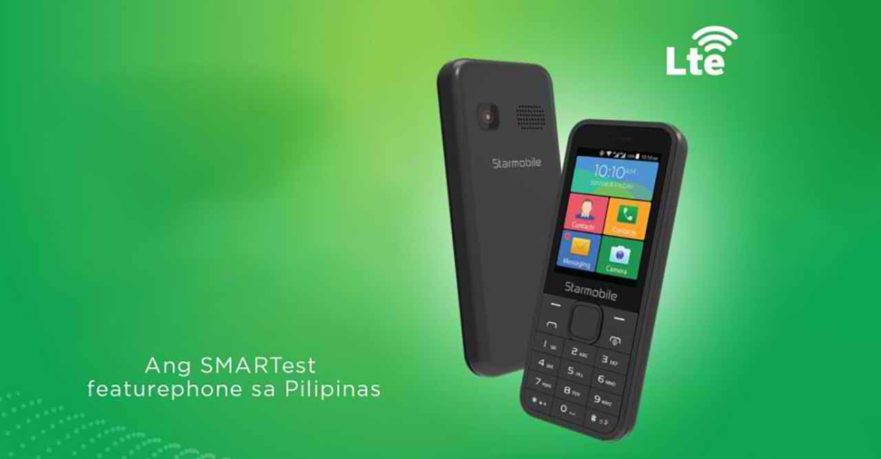 The Starmobile FeatureSmart Evo 1 is said to be the “smartest” basic handset in the Philippines, and it is one of the most affordable 4G-enabled devices that you can get locally. Which is the highlight here, really. In fact, it is the cheapest LTE-capable phone on Smart Communications’ roster; you can buy it on the telco’s online store for P1,888 (roughly $36).

That’s not to say the Evo 1 will give you a great user experience on apps like Facebook, Messenger, and Viber — all three are preloaded on the device, by the way. It can, however, double as a portable Wi-Fi hotspot for at most 5 devices, providing them with fast internet connection where available, without chewing through your smartphone’s battery.

READ ALSO: Next CloudFone device could be this iPhone X lookalike

The 2.4-inch color screen means this shouldn’t be your go-to machine for browsing your Facebook feed and online messaging, though the absence of a big and sharp touchscreen will be a boon to battery life. Starmobile says the phone will offer up to 8 days of standby time. 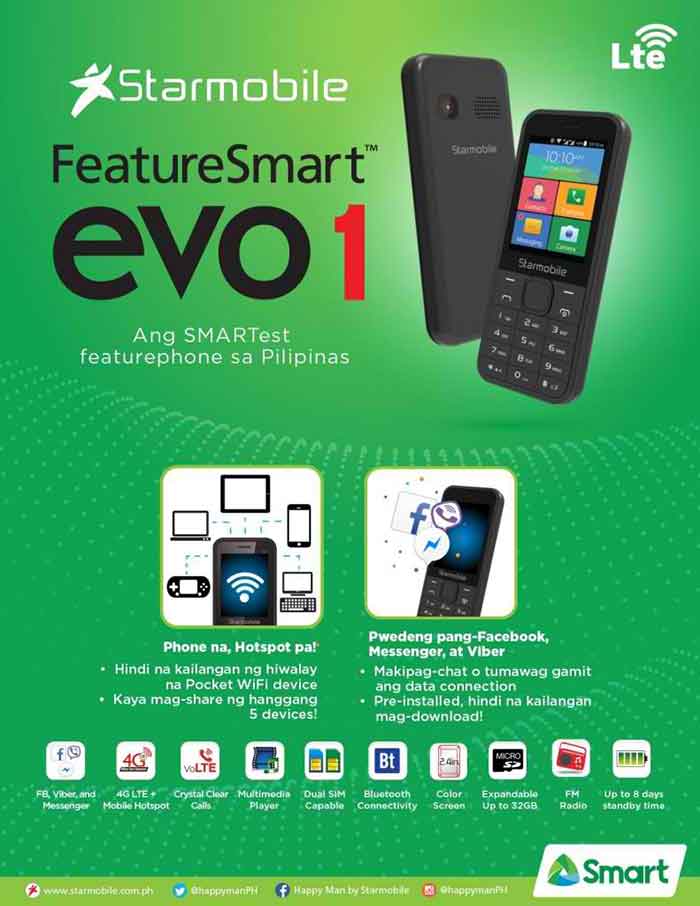 You can buy the Starmobile FeatureSmart Evo 1 from Smart Communications

Here’s a brief rundown of the Starmobile FeatureSmart Evo 1’s specs and features:

Feature phones still have worldwide appeal today, but demand is falling rapidly. It has been said that 480 million basic phones were shipped in 2017. Global shipment numbers could fall to around 400 million by the end of the year.