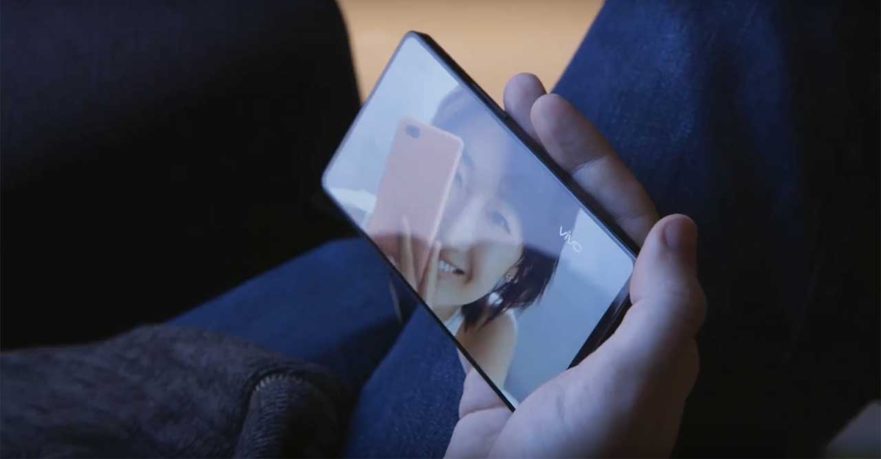 Back in 2016, a challenger brand from China introduced its bezel-less concept phone. It was at a time when display borders were an afterthought compared to the rest of the hardware. The Xiaomi Mi MIX gave us a glimpse of the future, a fresh take on how to pull off the modern smartphone.

Fast-forward to 2018, another Chinese company promises to improve on what’s already been built to date (a sequel to the Mi Mix was released in 2017, albeit with less fanfare and even less commercial success) with the unveiling of the Vivo APEX concept phone. As the name suggests, it’s still a work in progress. In fact, Vivo isn’t so sure it will produce the APEX en masse.

But, man, if this is the future smartphone makers want, be very excited.

This is no Sci-Fi flick. The future of smartphones is here, and it's real, with the new Vivo concept smartphone APEX. #APEX #UnlockTheFuture

The lack of bezels means there’s no physical space for a front-facing fingerprint scanner. But instead of putting one at the back, Vivo attached a fingerprint sensor into the display, like what it has done with the Vivo X20 Plus UD.

On the APEX, though, you’re not required to place your finger on a pint-sized icon at the bottom to unlock the device; the fingerprint-scanning area is much larger, taking up a third of screen real estate. Vivo claims it’s advanced enough that it can detect two fingerprints simultaneously for added security.

There’s no room for an earpiece speaker either, so to produce sound during calls, the screen itself will vibrate, which also allows for hands-free calling.

And if you’re looking for a traditional selfie camera, you won’t find it here. Instead of awkwardly squeezing a camera into the bottom bezel or cutting a notch into the display (hello again, Apple!), Vivo opted to include a pop-up front camera that stays hidden when not in use. It might not the best solution out there, but it seems totally usable.

Again, there’s no guarantee that the Vivo APEX will make it to the mainstream at any point in the future. And even if it does, we doubt it will look the same as it does today. But it’s good to know there are companies like Vivo that are aggressively trying to move the industry forward in ways that the competition is destined to emulate.