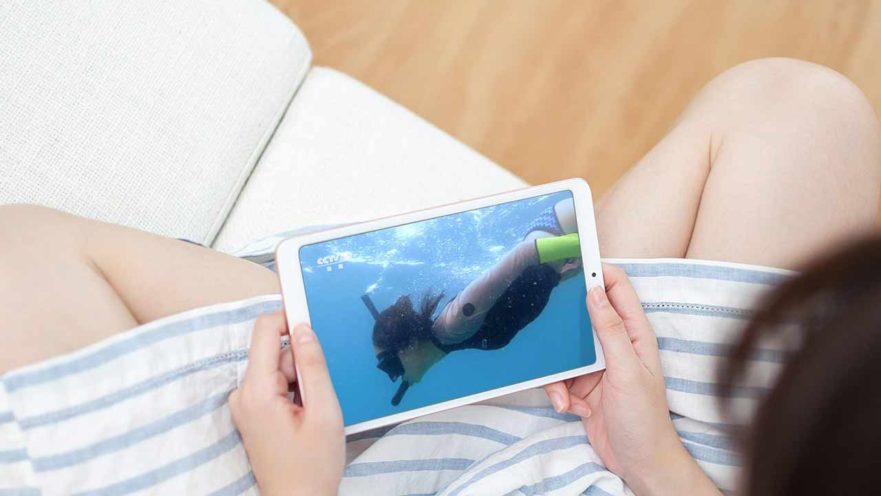 Having fallen from the grace of consumers, the tablet business isn’t where it once was. And yet Xiaomi has decided to give the niche market one more go, dusting off and updating its tablet lineup with the announcement of the Xiaomi Mi Pad 4 in China.

The new slate from the Chinese technology company arrives with an 8-inch, 16:10 LCD panel that has a 1,920 x 1,200-pixel resolution. It also packs a powerful Snapdragon 660 chipset from Qualcomm, with the option of a cellular version equipped with 4G LTE for faster internet service where available.

Stereo speakers and a 6,000mAh battery are housed inside the sleek, all-metal chassis. That said, most users shouldn’t have any difficulty getting a full day of use out of this tablet. However, do keep in mind that since charging maxes out at 10 watts, you’ll probably need to keep the Xiaomi Mi Pad 4 plugged in overnight to get from zero to full capacity.

There are 13- and 5-megapixel cameras on the rear and front, with the latter supporting Xiaomi’s face-unlock feature, in lieu of a fingerprint reader, for authentication. You also get a headphone jack, which is always great to have on a device purposefully built for mobile entertainment.

Preorders for the Xiaomi Mi Pad 4, available in Black and Rose Gold, opened today in China. The first shipment should arrive on June 19.

A powerful, 4G LTE-enabled device with a big screen for a little over P12,000 ($224)? That’s an instant buy for us. Let’s hope Xiaomi decides to bring it to the Philippines, because right now, the chances are rather slim, we’re told.