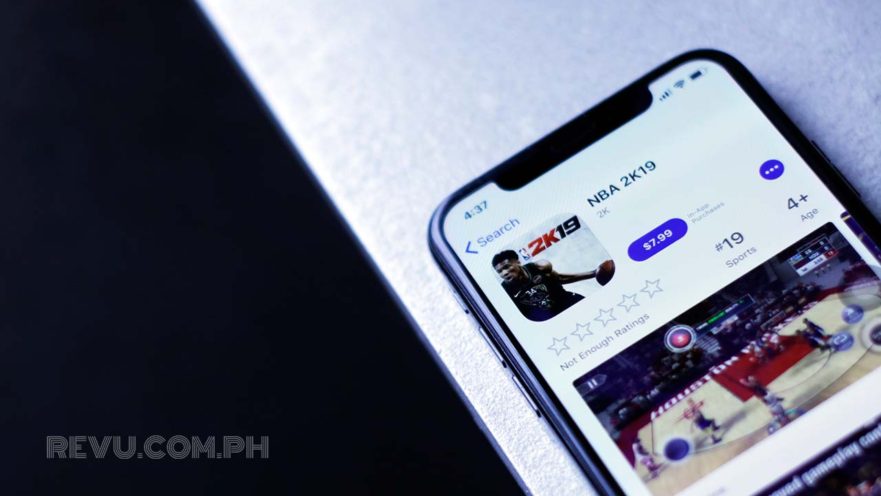 And while iPhone and iPad owners can start downloading the game today for $7.99 or roughly P434 (and P399 or $7 in the Philippines), Android users will probably have to wait a while to get their taste of close-to-real-life NBA action on their devices. It took a couple of months for developers to bring NBA 2K18 to Android; this year might not be different.

But suppose you own an Apple iPhone or iPad, the next question will be whether your iOS device can run the game or not. Because, as we’ve mentioned countless times in the past, the NBA 2K series is among the most demanding when it comes to hardware, so naturally not all Apple machines are compatible.

You can check out the requirements for NBA 2K19 for iOS below:

Additionally, NBA 2K19 for iOS requires a significant amount of storage to install — around 3GB, according to its official listing on the App Store. Even if you are on a fast connection, downloading it may take some time due to Apple’s servers.

SEE ALSO: How to play NBA 2K18 for Android using a gamepad and New NBA 2K Mobile game is a lot like NBA 2K18, but free

The game itself features an all-new Story mode where players can experience the history of some of the most famous NBA franchises and players; a MyCareer mode with a new story; simplified controls; and fresh tracks from artists like Travis Scott. NBA 2K19 also has a multiplayer mode that lets users play pick-up games with friends over a LAN network or Apple’s Gamecenter app.

READ ALSO: NBA 2K18 for Mobile review: You may want to sit this one out

Stay tuned for our full review of NBA 2K19 for mobile devices to see if it makes up for its humdrum outing last year. Let’s see if it brings us more than a roster upgrade and a new set of uniforms, logos, and courts.