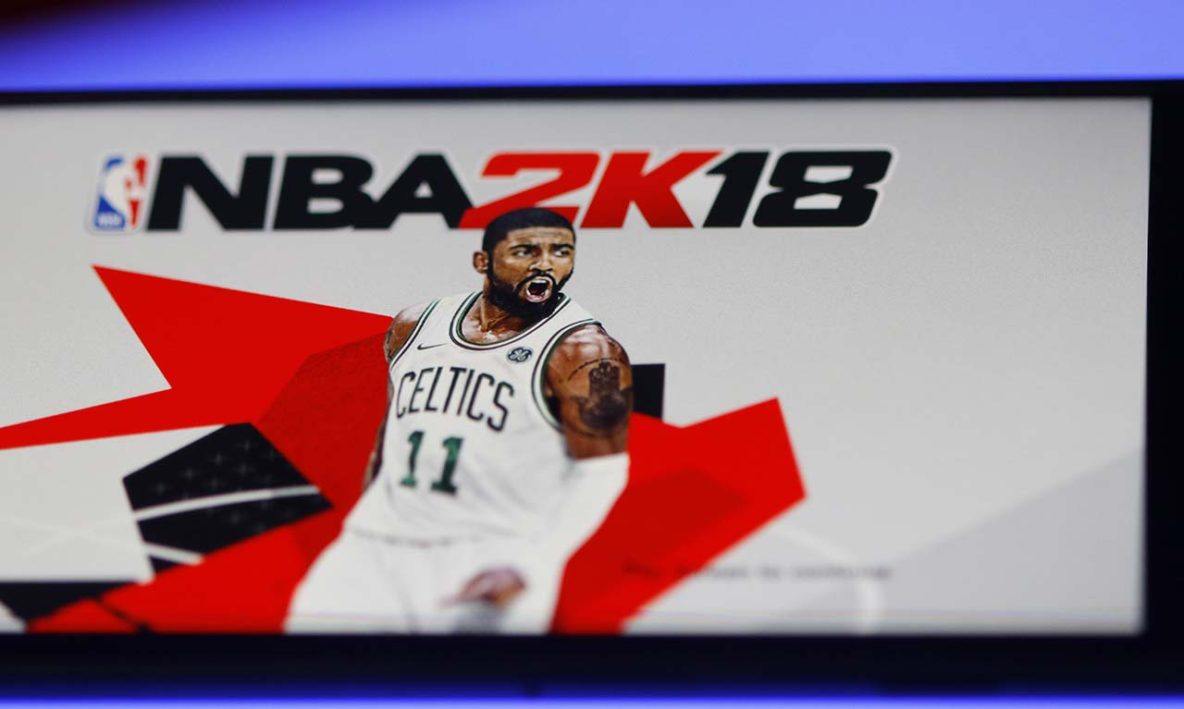 BACK for yet another title, the reigning champ of basketball video games has again been ported to mobile, although it’s only available on iPhones and iPads as of this posting.

Android owners will have to wait and possibly indefinitely, it seems. But for those who have Apple devices and have bought NBA 2K17 the previous year, the immediate question is whether or not to purchase NBA 2K18 — because basketball is life.

For the rest of you who are fans of the sport but haven’t downloaded it on your iDevice, it’s practically a no-brainer: Go get it. Stat (provided your phone or tablet supports it).

NBA 2K18 brings an authentic NBA basketball experience — the closest you’ll ever get without playing on a PC or console. And it’s easily one of the best titles on the App Store.

Unlike the NBA 2K18’s PC and console versions, a year of development of the mobile edition hasn’t improved it in ways that would favor another purchase.

Unlike the PC and console versions, however, a year of development hasn’t improved it in ways that would favor another purchase. But if you insist, you can find NBA 2K18 on the Philippine App Store for P399 or about $8. 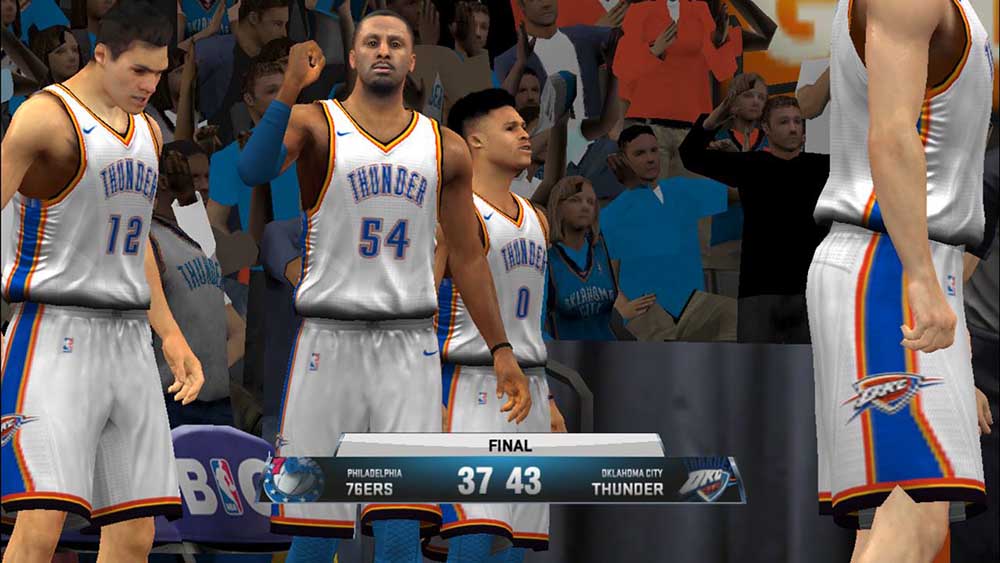 Let’s get to the good stuff first: gameplay. NBA 2K18 (on any platform) is an accurate representation of the on-court product it tries to replicate, meaning the action is close to what is being shown on the television or on your smartphone screen through the League Pass app.

It is kinetic and exciting and sometimes visceral to watch. The player physics have been improved, and a few animations were added to realistically depict how players interact with one another, with or without a basketball.

READ ALSO: How NBA 2K17 for Android is different from the iOS version

Bodies will collide often when picks are planted correctly; blocks, albeit sometimes too predictable, have way more oomph; and passing and dribbling, in particular, feel more authentic than ever before.

The AI has been trained to defend better, too, particularly on higher difficulty levels. Driving into a pile no longer works in your favor. Errant passes in the middle will likely now result in turnovers, those turnovers into layups or easy opportunities from beyond the arc if your opponent is the Golden State Warriors. Hall of Fame difficulty will present a challenge, even for seasoned players. 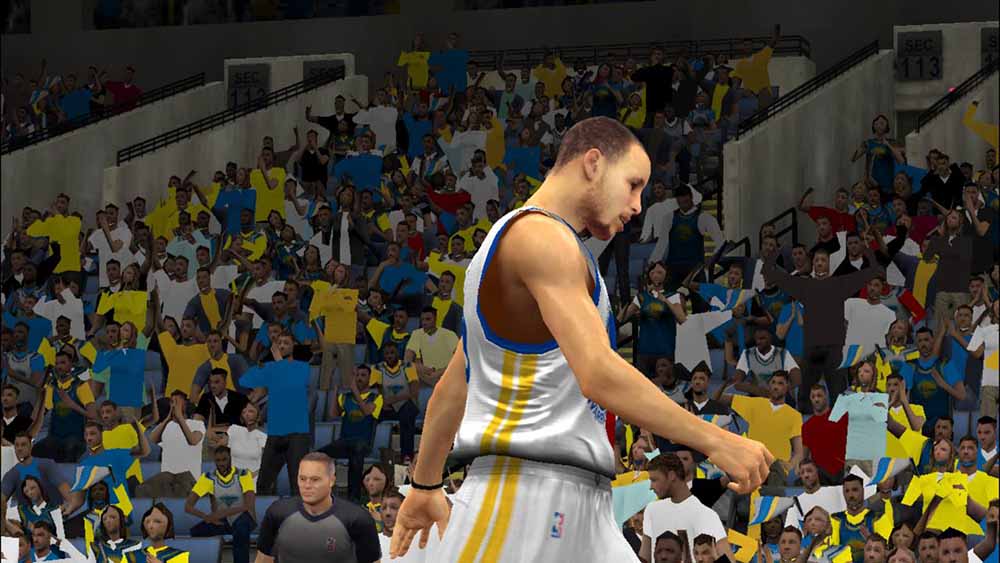 Errant passes will result in opportunities beyond the arc if your opponent is the Golden State Warriors.

Though not upgraded, at least as far as we could tell, the graphics have been updated to reflect the big changes in relation to how all 30 NBA teams and their respective arenas will look once the upcoming season tips off.

The new Nike NBA uniforms are on display, bringing three new threads to each squad, though the more interesting NBA Statement uniforms are a no-show on the iOS version. Further adding realism, new team logos and court designs have been ported to NBA 2K18. 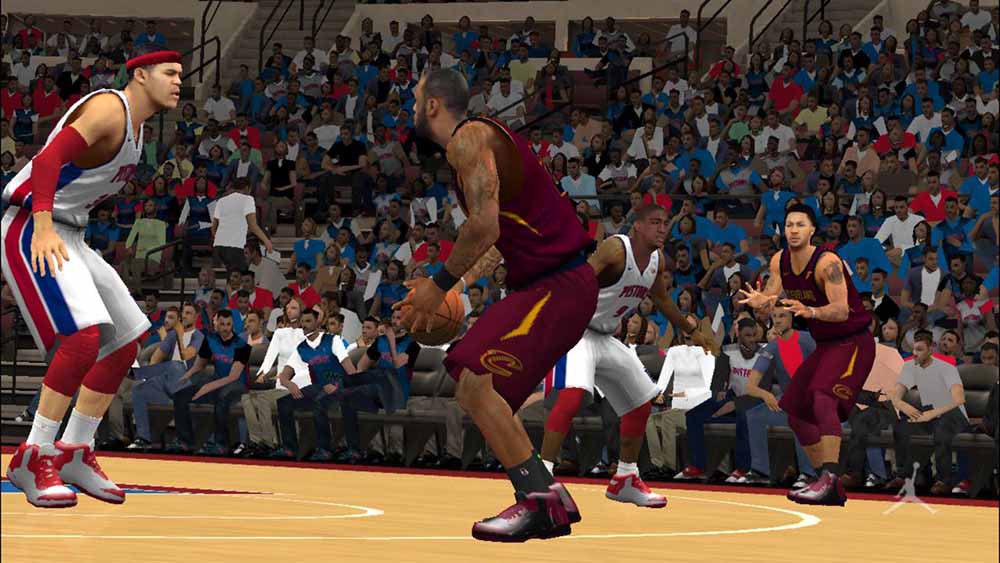 New uniforms, team logos, and court designs have been ported to NBA 2K18.

Fresh player designs for the rookie class of 2017 are introduced as well, and some of them seem to have taken more time in their execution than others. Top prospects Markelle Fultz, Lonzo Ball, and Jayson Tatum look particularly good up close.

Of course, recent roster changes — the Irving-Thomas swap, the Jimmy Butler, Chris Paul, and Paul George signings — are reflected in the game. But don’t expect Carmelo Anthony to suit up for the Oklahoma City Thunder, or ex-Bulls star Dwyane Wade in the free-agency pool. Thankfully, the game allows you to make roster moves as they occur in the real world. 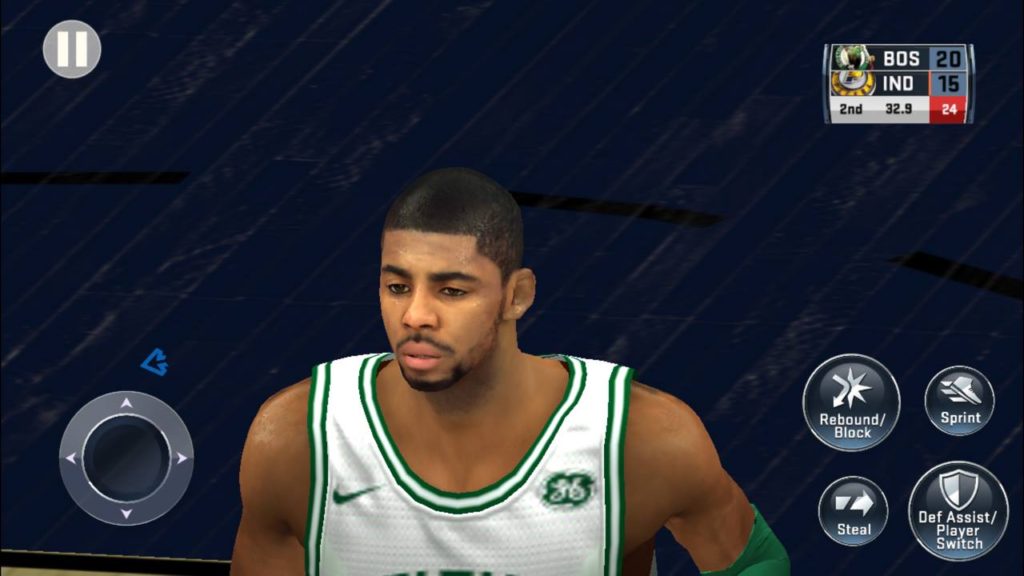 The controls remain tight and responsive, and now you can sprint on defense and hustle back in transition for chase-down blocks. For serious gamers who need the best possible experience, NBA 2K18 for iOS supports physical controllers under Apple’s MFi (Made for iPhone/iPad/iPod) license, just as its predecessor did. 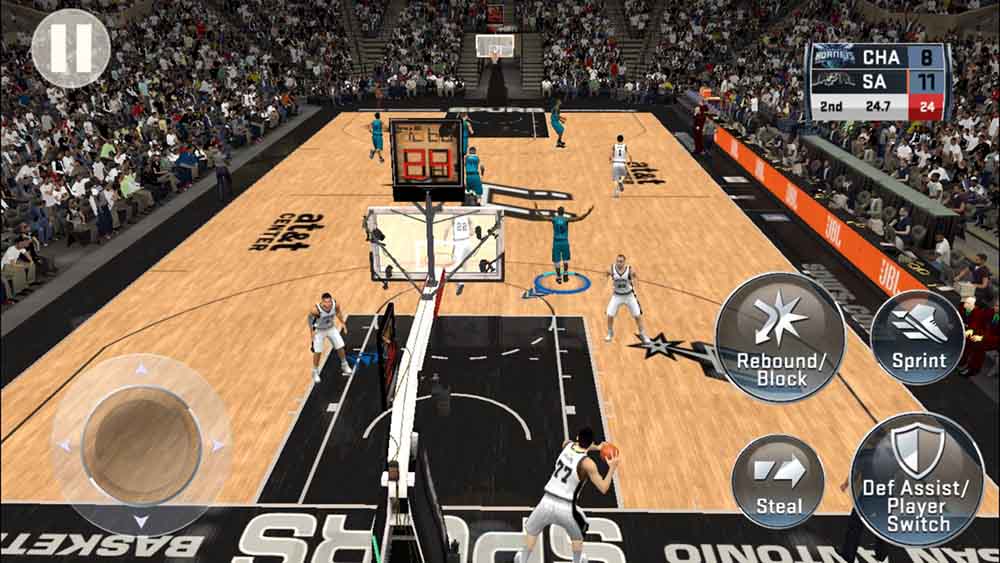 Controls are tight, and now you can sprint on defense.

While NBA 2K18 sees a number of new faces, uniforms, and courts, for the most part you’d be hard-pressed to tell if the presentation and existing player models have been touched at all. The developers appear keen to stick to the adage “if it ain’t broke, don’t fix it,” to a fault.

Visually, this looks like NBA 2K17 with a different coat of paint — and that is not a good impression. LeBron James and Kevin Durant still look phenomenal. Several other stars? Not so much. 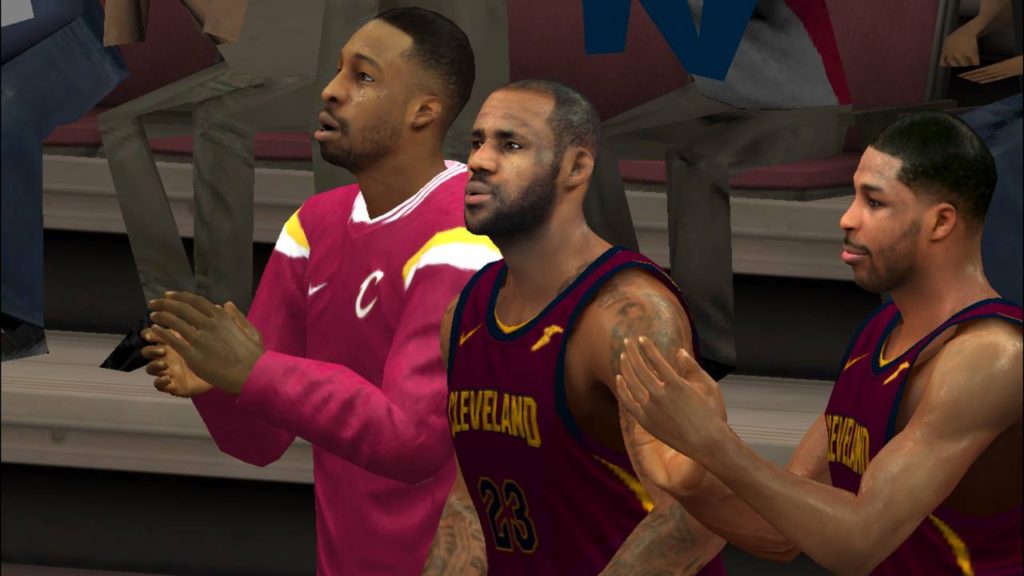 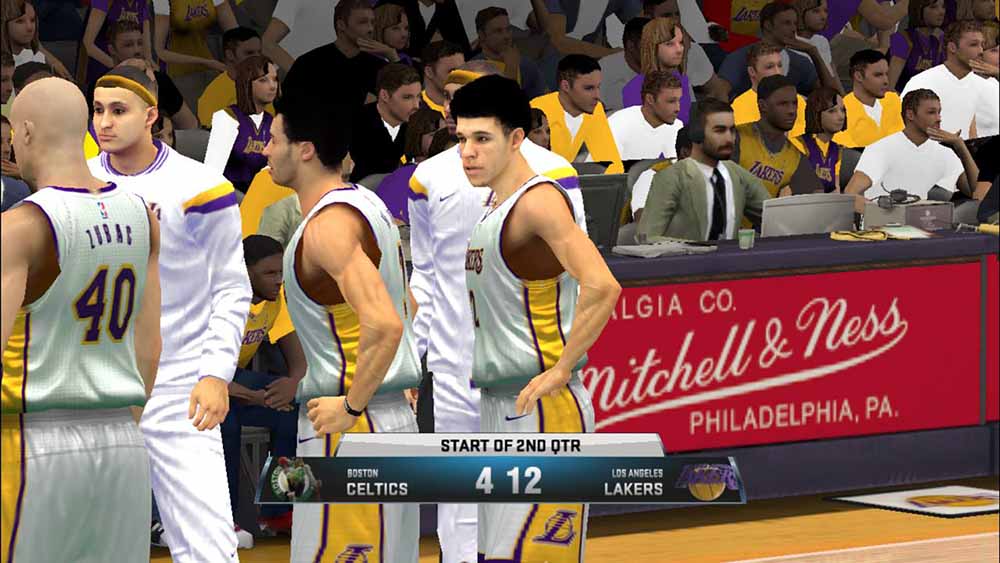 So does Lonzo Ball. 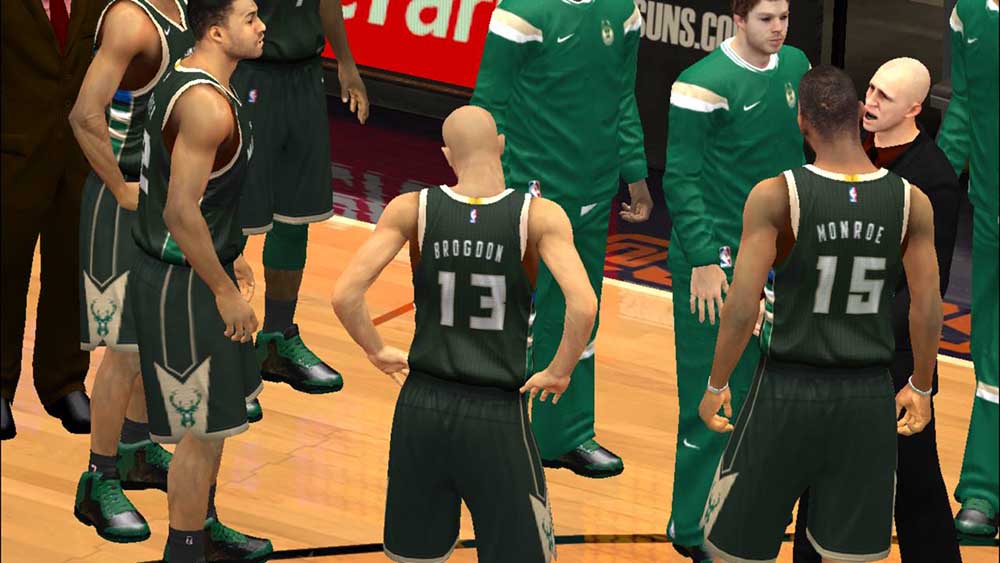 Sitting NBA Rookie of the Year Malcolm Brogdon, on the other hand, has a generic face.

Players wear the same hairstyle they wore previously, so Kevin Love looks perpetually as though he just got out of bed, while veterans Gordon Hayward and Stephen Curry appear perpetually young.

Another grumble is that some key rotation guys use generic models. We’re not talking about just reserves: Sitting NBA Rookie of the Year Malcolm Brogdon is a (pale) face in the crowd.

SEE ALSO: NBA 2K17 for Android and iOS review: Worthy of the name

As far as the visual and audio presentation is concerned, almost every detail from last year has been copy-pasted into NBA 2K18.

There’s no replay option, and much of the play-by-play commentary remains bland and repetitive. Then there’s some audio bugs, causing voices to overlap and player names to get mixed up. Also: Sideline reporting appears to be missing from this year’s audio package. 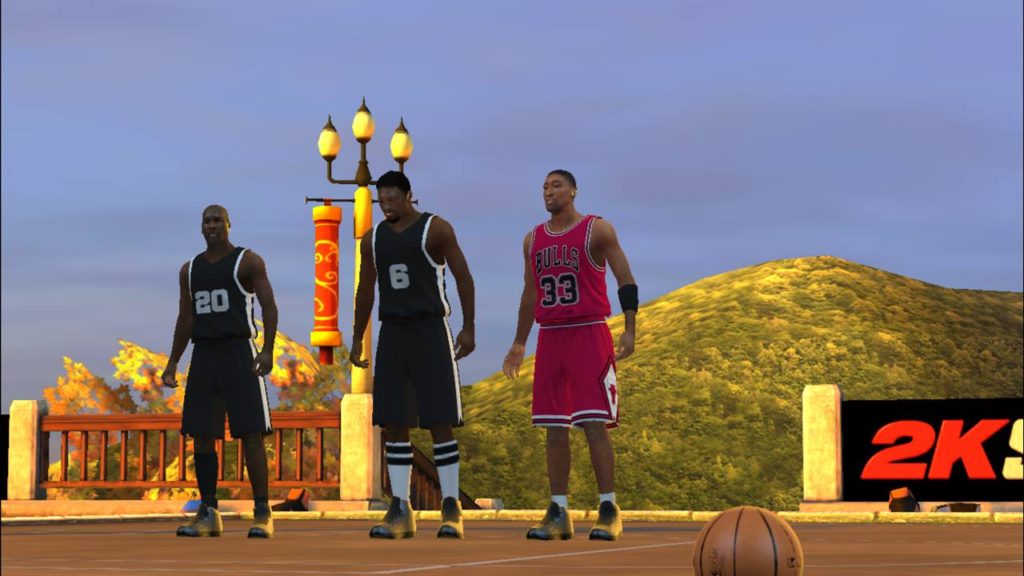 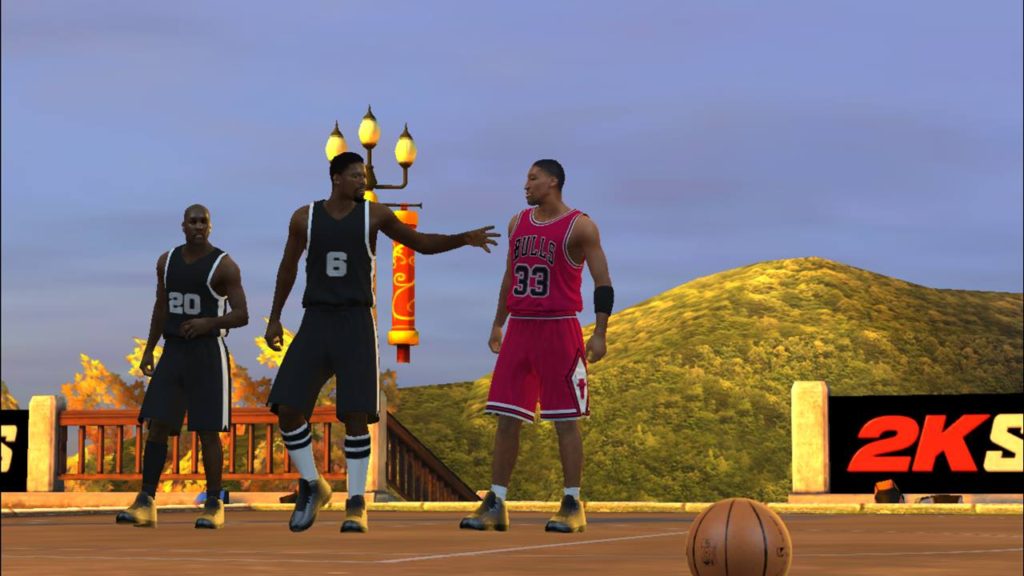 Blacktop mode returns and so do all the graphics we’ve seen before. Odds are, you wouldn’t be able to tell the difference in a blind test. More worryingly, there’s no multiplayer of any sort, at least in its current iteration. The only way to get more out of the game is to play the single-player story mode.

Speaking of which, MyCareer is back. This time around, you get to choose which franchise you play for. That is, after playing a couple of streetball matches and successfully trying out for an NBA team. It all plays out similarly in the end. No multiplayer means no The Neighborhood (aka MyPark) mode as well. None of the ballyhooed features make the mobile version. 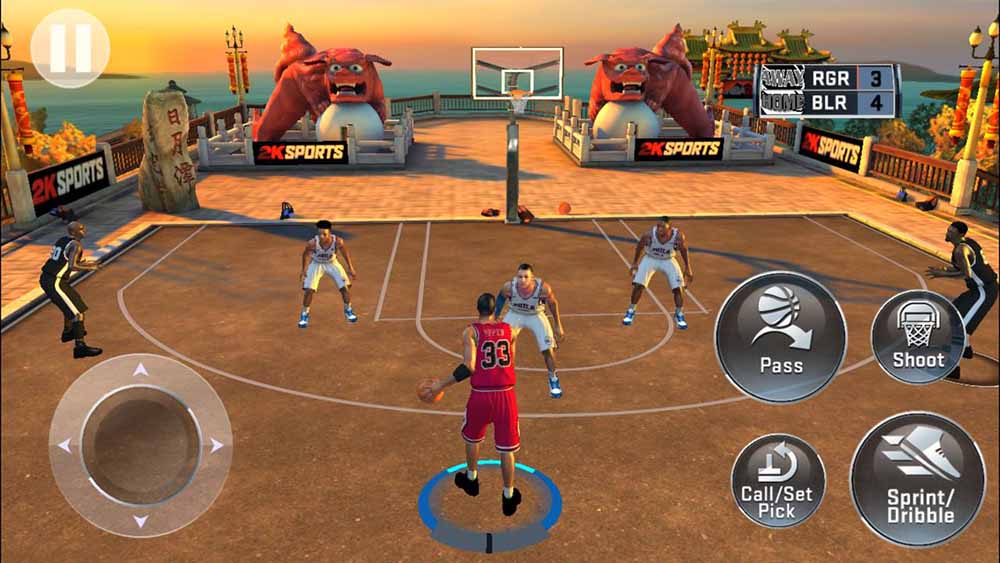 There’s no multiplayer of any sort, even offline.

Another issue we have with NBA 2K18 is that it still is every bit as taxing on the hardware as we remember it to be. We haven’t played the game on other devices, but the Apple iPhone 7 Plus will run it at max detail flawlessly at the expense of crippling the battery. That said, you’re going to want to keep a portable power pack with you, so your matches aren’t cut short by a rundown battery.

New visuals aside, NBA 2K18 doesn’t muck up the formula of an already good sports sim. It’s well worth a basketball fan’s time, but we expected better. And for those who bought last year’s release, there’s little here to justify the full price. Vets of the franchise may want to watch this from the sidelines.

NBA 2K18 for mobile is well worth a basketball fan’s time, but we expected better.