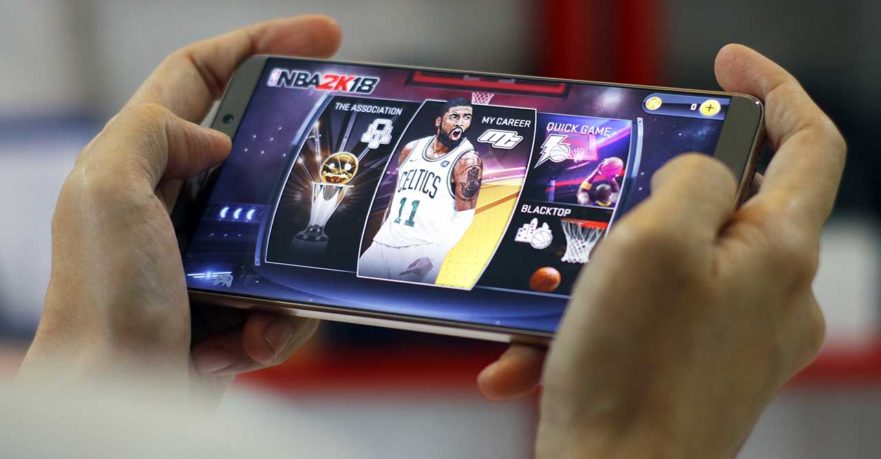 Finally. After months of seemingly endless speculation regarding when, and if, NBA 2K18 would ever see the light of day on an Android device, the popular basketball video-game franchise is out now and available for download for P405 in Philippine currency, or roughly $8.

(Update, December 19: We installed the game on different smartphones. See the result in NBA 2K18 for Android and iOS: Can your phone run it?)

Released in September 2017 for iPhones and iPads, NBA 2K18 is the latest installment in the NBA 2K franchise for mobile. It’s a pretty minor upgrade from NBA 2K17, and in our NBA 2k18 for Mobile review, we cautioned repeat costumers that they may want to sit this year out, as the game hasn’t improved in ways that favor another purchase.

It’s still the best and most authentic NBA experience you can get on mobile, but that’s not saying a lot considering the thin spread of basketball titles out there. Similar to its iOS counterpart, NBA 2K18 for Android brings an expanded (though not in ways that will please its fans) MyCareer mode; a new soundtrack featuring Future, Kendrick Lamar, Nas, Shakira, and other artists; and tighter controls.

READ ALSO: NBA 2K17 for Android and iOS review: Worthy of the name

The graphics still look great, especially on higher-end devices, while animations and the AI have been improved, making it more difficult to drive into a pile of defenders this time round. Updated team logos and court designs, as well as the new Nike NBA uniforms have likewise made their way to the game.

We’re currently testing the game and will report back with an initial list of compatible devices. So stay tuned.

We’re currently testing NBA 2k18 for Android and will report back with an initial list of compatible devices. Stay tuned.