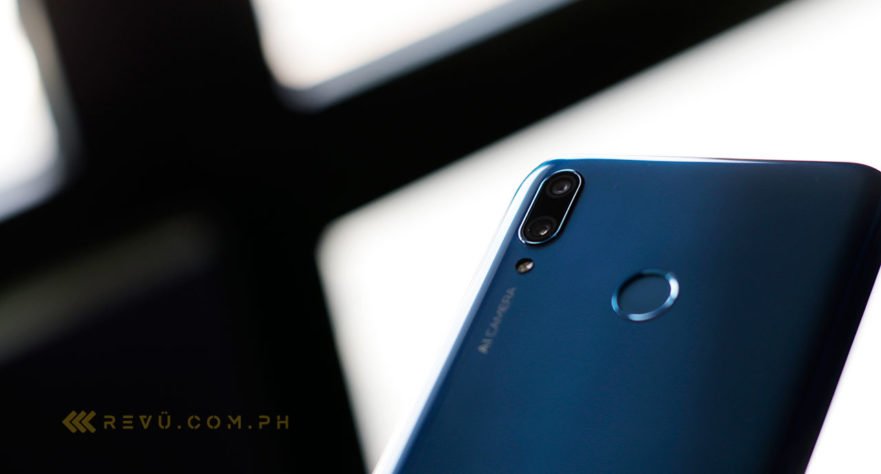 Despite releasing the Mate 20 and Mate 20 Pro flagships in the Philippines recently, Huawei isn’t done for the year. Case in point: Just days ago, the world’s second-biggest smartphone vendor announced the new Huawei Y9 2019 locally.

The smartphone, which looks and feels and runs like the Honor 8X, is already available for preorder until November 15 on Lazada Philippines, with local retail availability set for November 16. The Huawei Y9 2019 is priced at P12,990 (around $245), surprisingly low for a device of this caliber.

So the question you might reasonably ask, especially if you’re after a phone that’s relatively light on the wallet but heavy on features, is should you consider the Y9 2019?

The short answer is yes. This is currently the best-value choice in the company’s stable, a better value than the Huawei Nova 3i that impressed us when we tested it out a while back.

The hardware is fairly solid and sits nicely in the hand, with the Y9 2019 sporting a curved-edge, glossy backplate to make it more attractive in the right light.

The slight drawback is that the panel is slippery when not covered in a case (which Huawei generously bundles in the box) and attracts fingerprints rather easily. The all-plastic outer shell also means there are no visible antenna lines anywhere on the phone. In keeping with its clean aesthetic, the lettering on the back is minimal, even disappearing from view at certain angles. 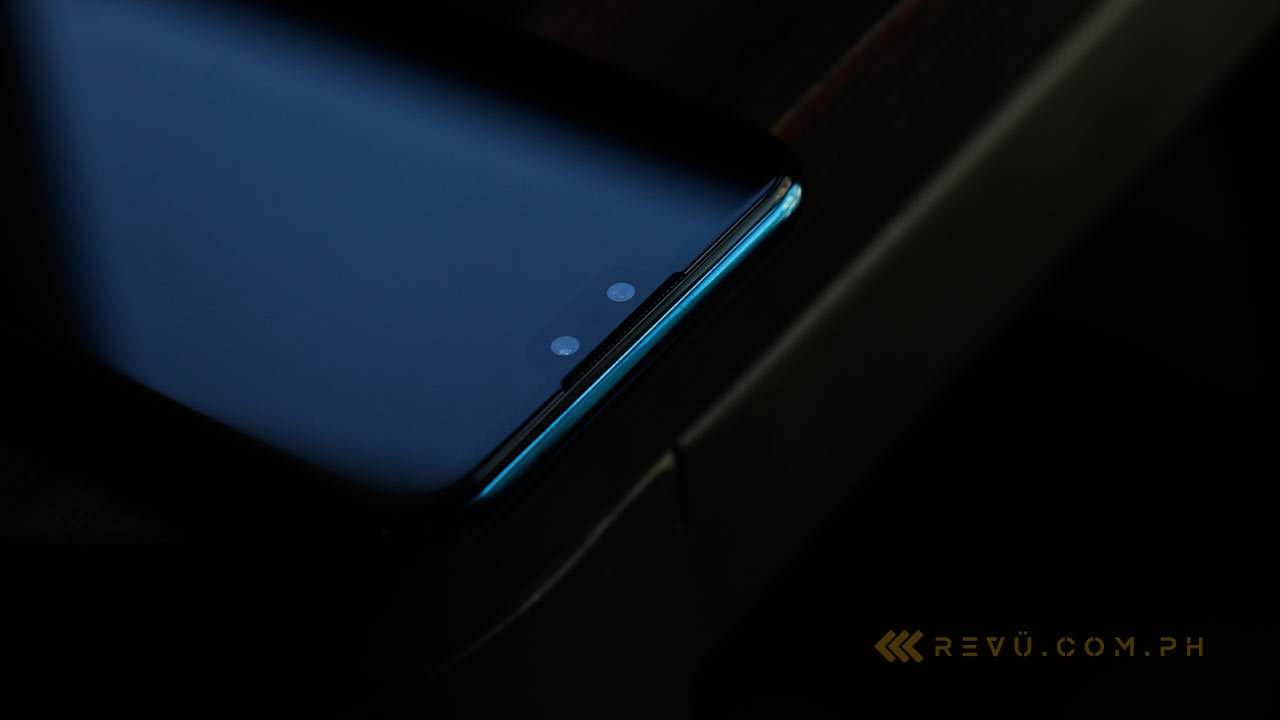 The front of the Huawei Y9 2019 has a smaller notch compared to most other smartphones, even though it packs dual lenses for selfies.

The front of the Huawei Y9 2019 has a smaller notch compared to the Nova 3i and most other smartphones, even though it packs dual lenses for selfies. The company has cleverly shrunk down the iPhone-inspired cutout by placing the earpiece speaker along the edge of the top bezel. Visually, it looks fine; better yet, it doesn’t get in the way much.

While it’s not the most attractive sub-P15,000 (sub-$283) out there — we do think Huawei will bring in the gradient Aurora Purple version at some point post-launch — the Y9 2019 actually looks nice in person.

For faster unlocking, the latest Y9 arrives with a fingerprint sensor on the back. You can also use it to answer an incoming call, silence an alarm, and take a photo or video. The latter is by far our favorite, as it allows us to quickly take a selfie with a simple gesture and without the need for tapping the software shutter key. 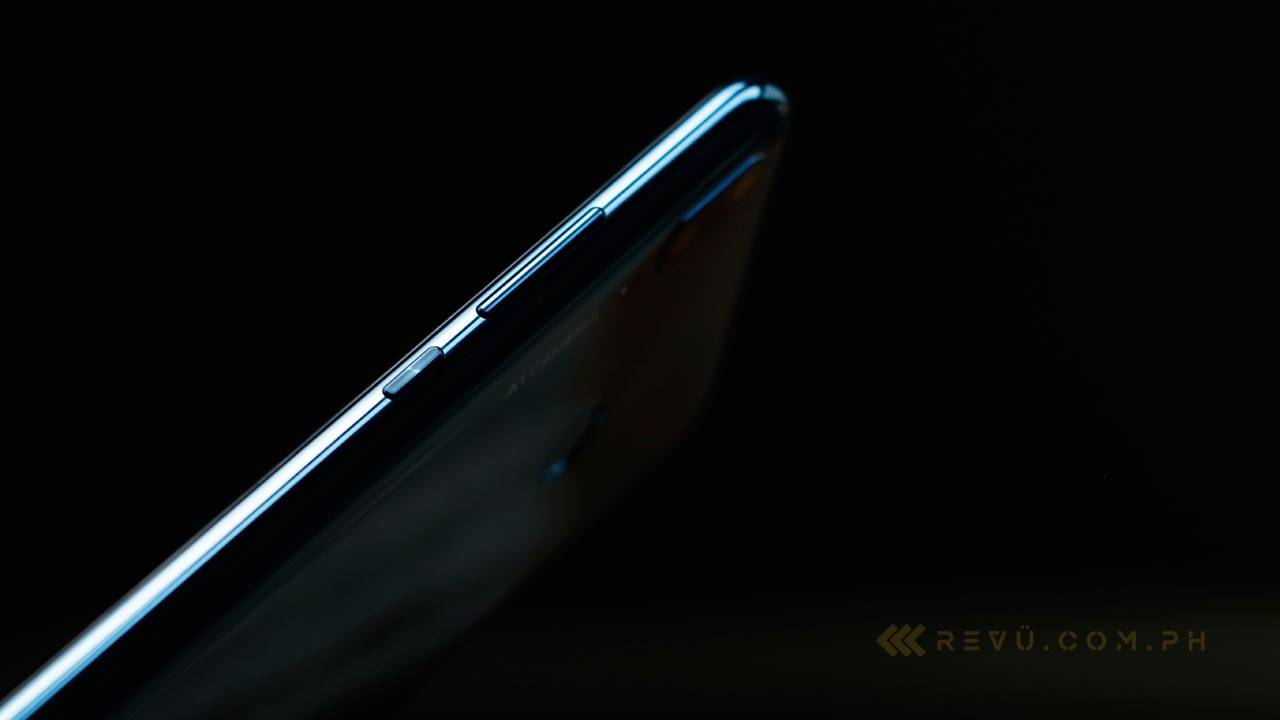 A volume rocker and a power button with a moderately textured finish sit on the right side of the Huawei Y9 2019.

Moving over to the right side of the body, you’ll find a volume rocker and a power button with a moderately textured finish. The keys are responsive to touch; if we were nitpicking, though, we would have preferred if Huawei placed them a bit lower for easier access.

The SIM and memory card tray, which requires a pin-like tool to access, is located on the left side of the Y9 2019. It has two nano-SIM slots and a dedicated slot for a microSD card. The ability to take in two SIM cards plus an SD card for added storage capacity is always welcome on any device. 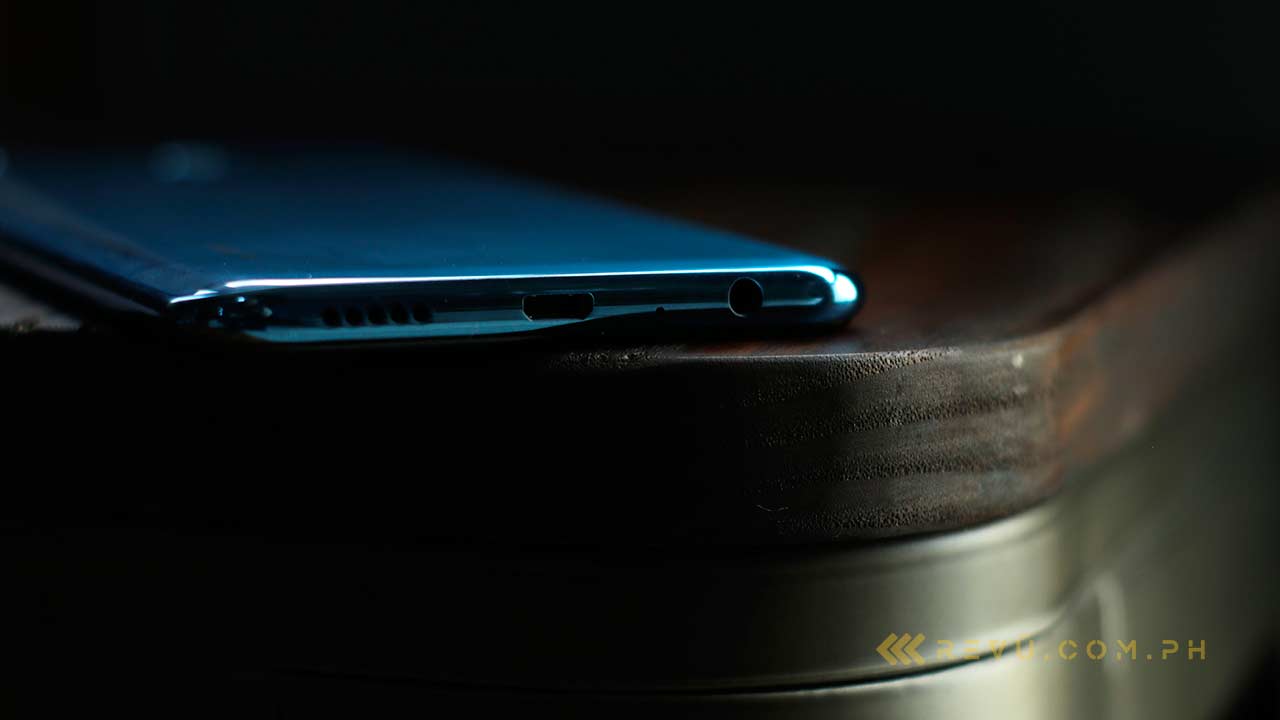 A microUSB port sits alongside a mono speaker and headphone jack on the base of the Huawei Y9 2019.

A microUSB port sits alongside a mono speaker and headphone jack on the base of the phone. While it doesn’t offer fast charging, the supplied 10-watt wall adapter is decent for a budget handset.

For private listening, the Huawei Y9 2019 adopts the company’s very own audio-processing algorithms to simulate a sort of 3D sound effect for more immersive audio.

Even though it’s done through software, the surround-sound effect is convincing enough without making songs sound distorted. It’s also helpful in games like PUBG Mobile where playing with headphones is not only recommended but likewise compulsory to have the best experience. 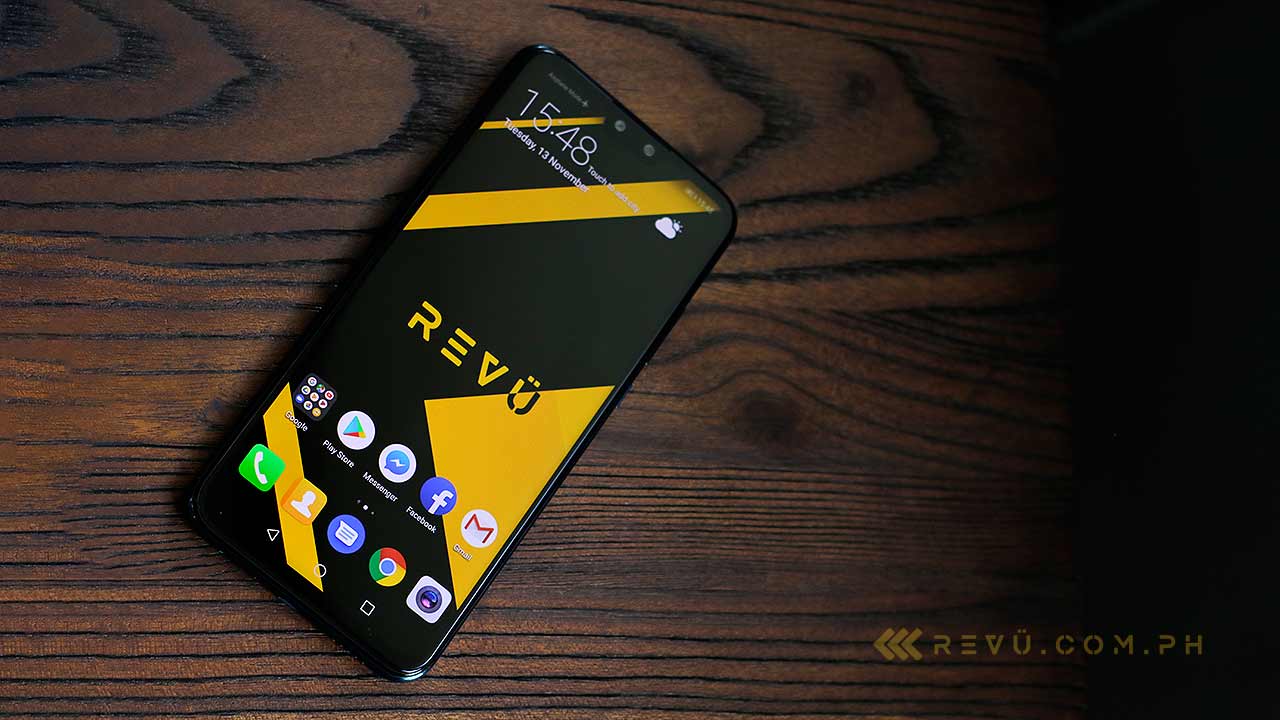 The display is an IPS-LCD panel measuring a generous 6.5 inches and running natively at 2,340 x 1,080 resolution. When necessary, you can set the resolution to 720p and turn down the brightness to a mere couple of nits to stretch the battery life even further. It doesn’t support full-screen gestures for navigation, so you’ll have to make do with on-screen buttons in the meantime.

Color reproduction is accurate without any contrast issues, and viewing angles look good, too. You can even get away with using the smartphone outdoors by kicking up the brightness to 100 percent. Big and reasonably sharp and vibrant, this Huawei delivers a pleasing viewing experience that few others in the segment can match. 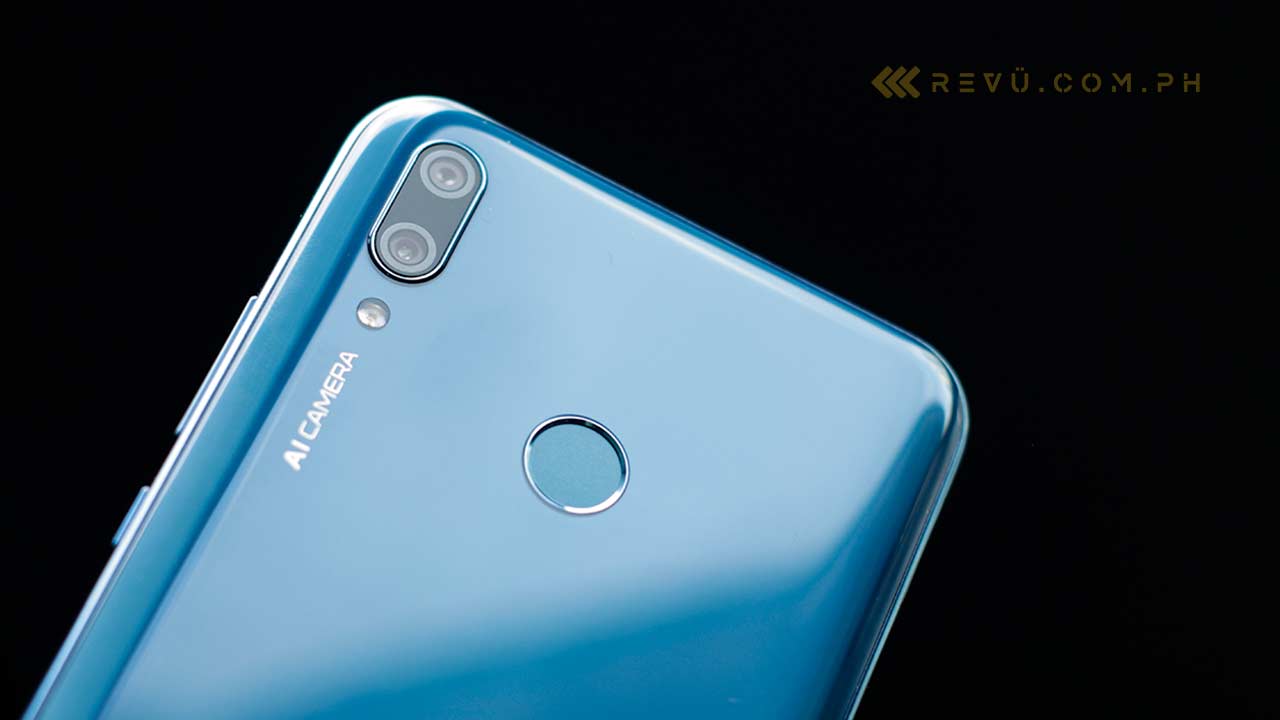 The Huawei Y9 2019 boasts four cameras — two on the front and two on the back.

When it comes to the cameras, the Huawei Y9 2019 boasts four in total — two on the front and two on the back. The additional sensors exist merely to help you get that shallow depth of field in photos you see with bulky professional cameras. We would have preferred that the company included a dedicated option with a wider field of view. 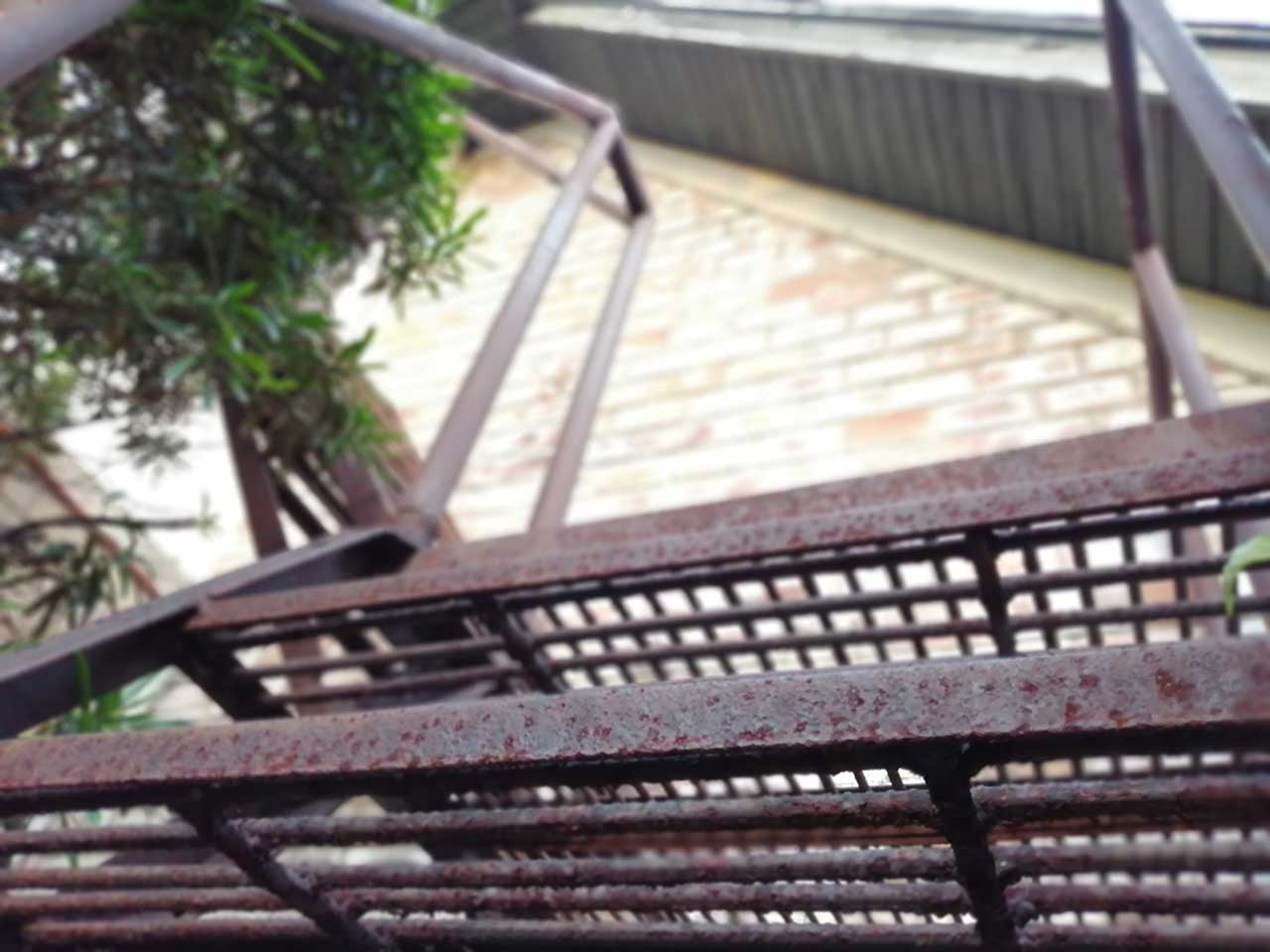 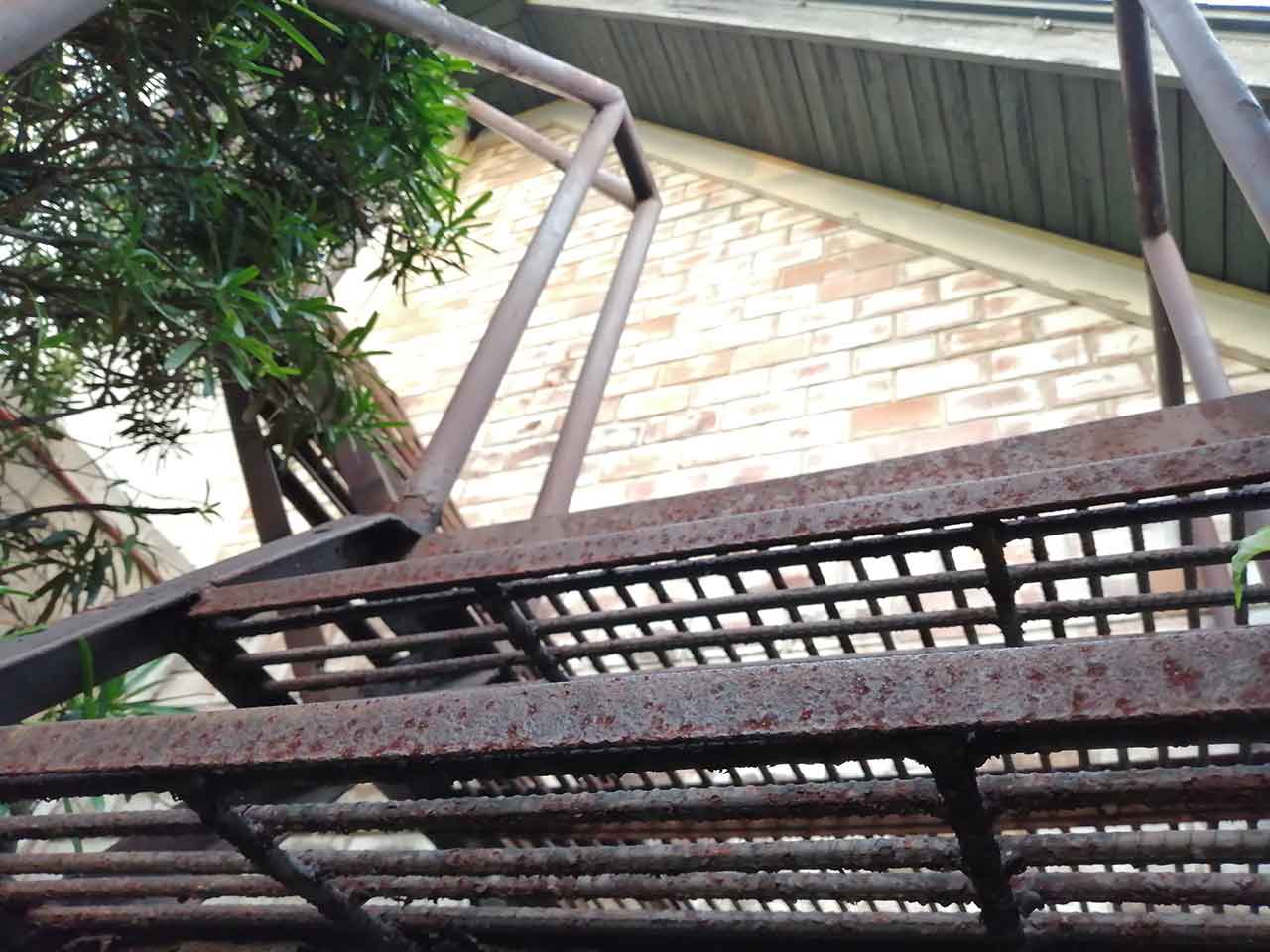 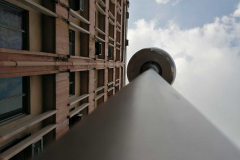 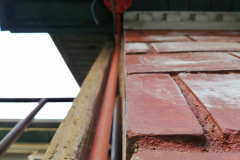 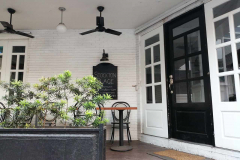 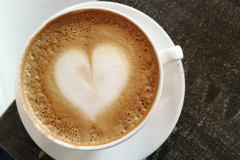 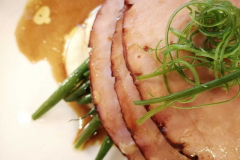 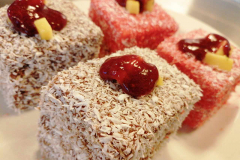 The front system pairs a 13-megapixel, f/1.8 camera with a 2-megapixel depth camera, while the back sports 16 and 2 megapixels. In practice, the cameras on the new Y9 perform admirably in varying light conditions — our photos offer plenty of sharpness and detail and are color accurate in daytime. 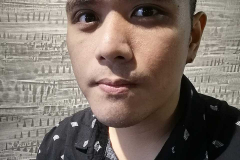 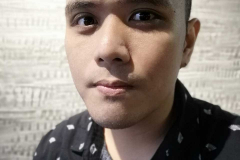 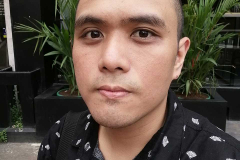 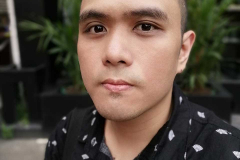 Selfies in Auto and Portrait modes (nighttime and daytime)

Shots in low light understandably doesn’t look as good. Thankfully, Huawei’s impressive handheld Night mode, which leaves the shutter open for a full 4 seconds while reducing blur from shaky hands and allowing as much light in as possible, is included in the camera settings. Pictures taken in the mode typically look best when shooting in conditions where lighting is less than ideal, so we recommend that you use it often. 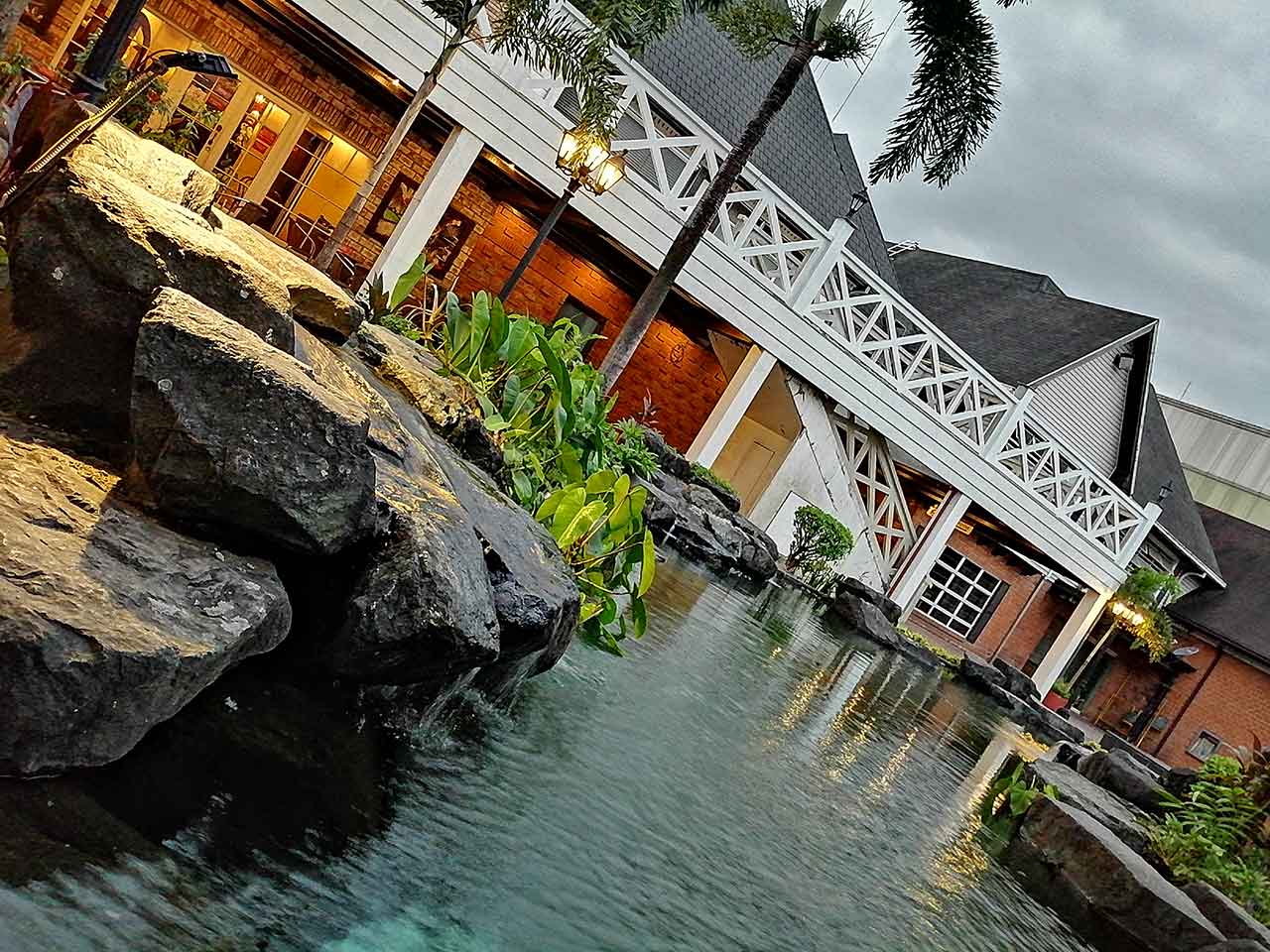 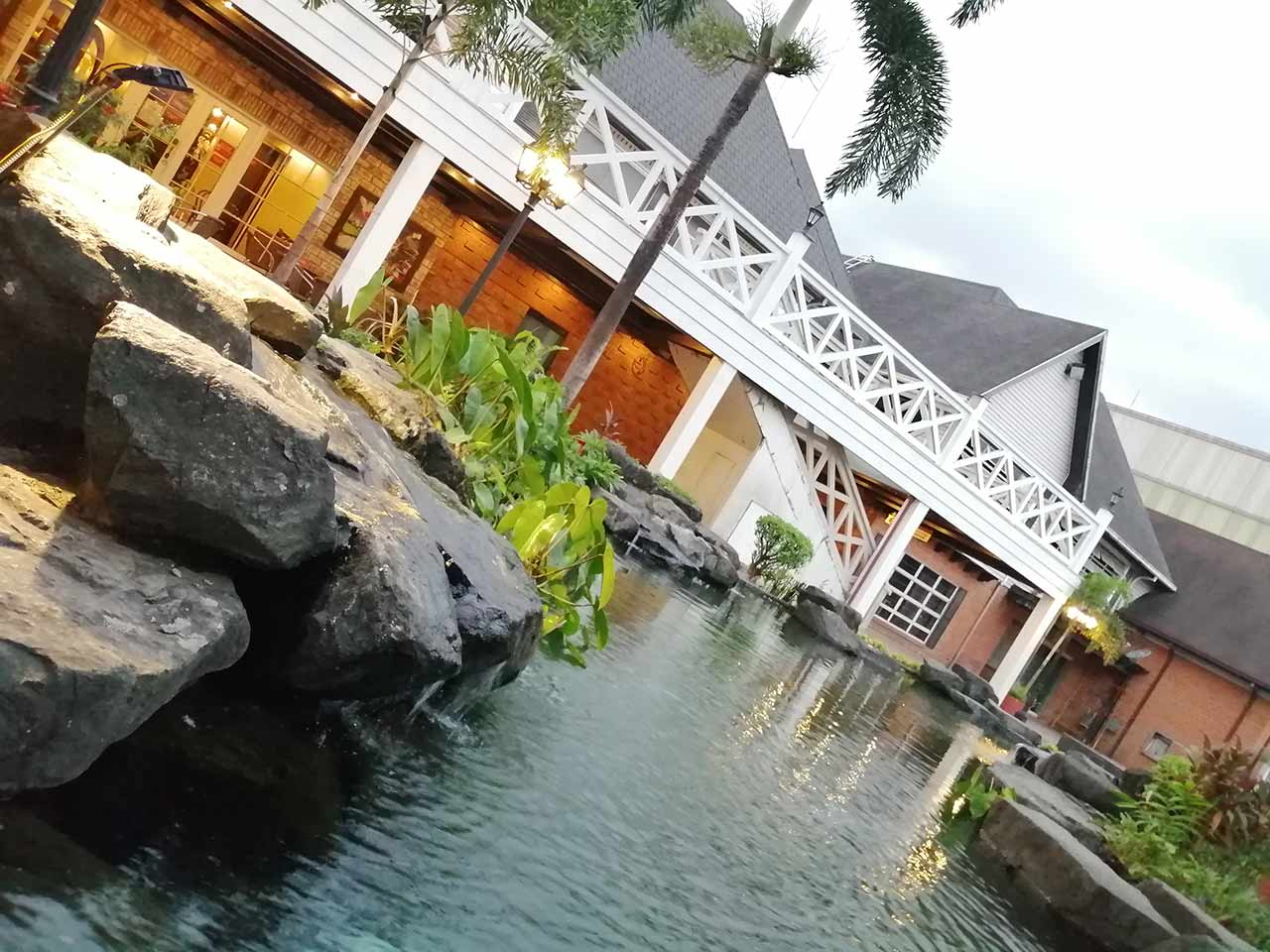 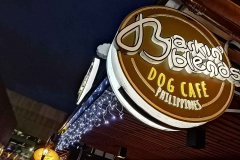 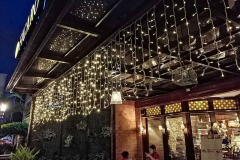 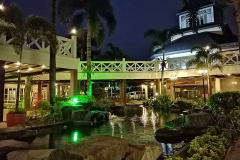 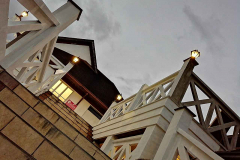 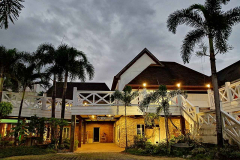 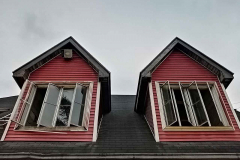 Other pictures taken in Night mode

The Y9 2019 rocks a Kirin 710, the same processor that sits inside the Huawei Nova 3i and Honor 8X. It’s got 4GB RAM to go along with 64GB of built-in storage. Day-to-day performance is mostly good and smooth; the Kirin 710 delivers a satisfying experience when running apps on Android Oreo-based EMUI 8.2. 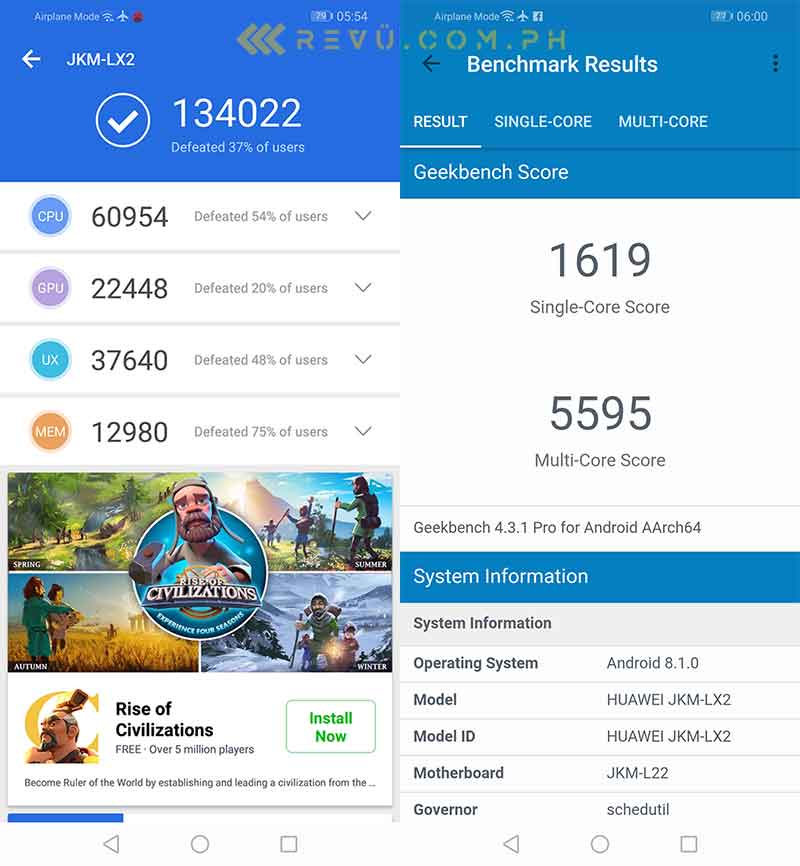 Gaming-wise, this Huawei should prove to be a solid gaming phone able to power through most graphics-intensive titles and produce consistent frame rates, especially with GPU Turbo baked into the system. GPU Turbo makes select games, including PUBG Mobile, run even better on the Y9 2019 by letting them use the device’s resources more effectively.

Despite its modest price, the Huawei Y9 2019 packs a high-capacity battery of 4,000mAh for longer usage. And, anecdotally, this phone does indeed last. Battery longevity has been excellent, with our unit lasting us more than a day between charges on most occasions.

Naturally, your mileage may vary. If you are a heavy user, you might be searching for a charger before dinner. However, most owners shouldn’t have a problem getting two days of use out of a single charge with normal usage.

The latest Y9 can take more than two hours to be fully charged from zero. It’s definitely not fast, but also not painfully slow either.

The Huawei Y9 2019 is a fantastic option if your budget doesn’t stretch to a flagship smartphone. Fast and quite long-lasting, serviceable during the day and night as a camera, and comfortable to hold even with a big display that’s good for games and media, this just has everything you would want in an affordable handset.

And once you compare it to other choices from other brands, you’ll see the P12,990 price tag is head-scratchingly low for what it offers. 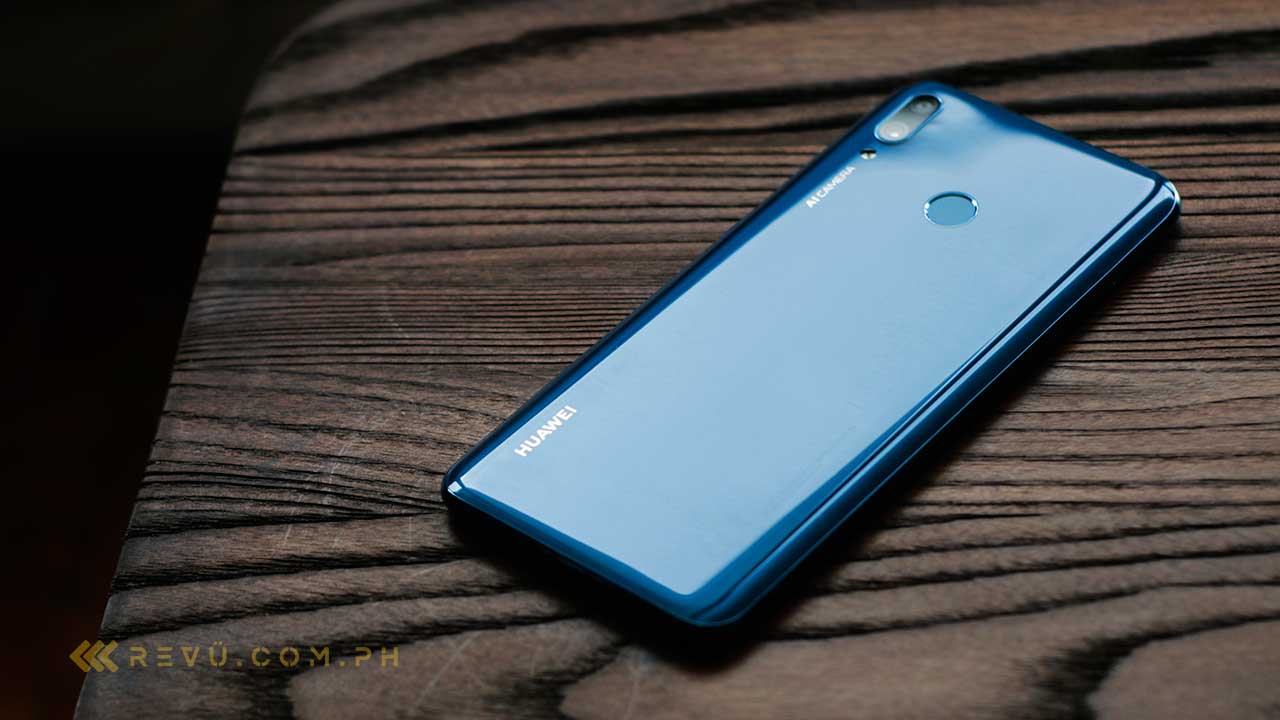 The Huawei Y9 2019 has everything you would want in an affordable phone. And once you compare it to other choices from other brands, you’ll see the P12,990 price tag is head-scratchingly low for what it offers.