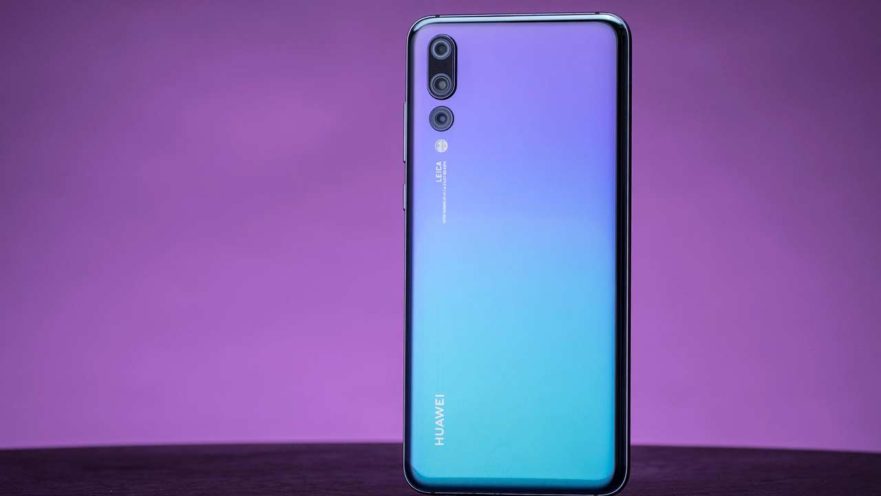 Could Huawei achieve its ambition to become the No. 1 smartphone manufacturer by the end of 2019? It looks like a tough one, but if the latest bulletin from market-research firm IDC is any indication, Huawei probably could.

According to the IDC report, Huawei held on to the second spot in the third quarter of 2018 — a position it stole from Apple in the second period of this year. It shipped 52 million devices, up from 39.1 million units in the same quarter last year, thanks to its P and Mate lineups and the phones offered by its Honor sub-brand.

Huawei’s 32.9 percent year-on-year increase in shipments was the highest among the three big smartphone brands that recorded year-on-year growth. This despite the company’s troubles entering the U.S. market and the slump of the global smartphone industry. 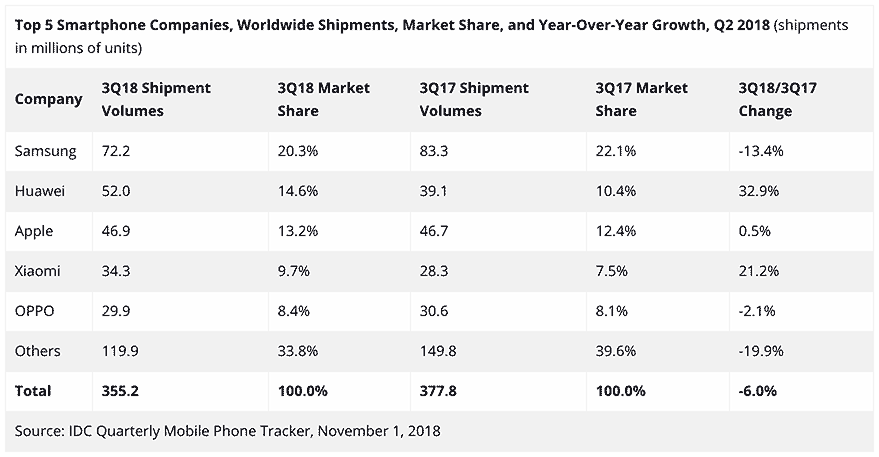 Top 5 smartphone companies in Q3 2018, according to market-intelligence firm IDC

The other two that posted year-on-year growth were fourth-placer Xiaomi, which notched up an increase of 21.2 percent, and third-placer Apple with 0.5 percent.

The rise of Xiaomi was mainly attributed to the performance of the Redmi 5A, Redmi 5 Plus, and Redmi Note 5 in the market. With the manufacturer’s continued global expansion, Shenzhen-based Huawei might find itself another close Chinese competitor in Beijing-headquartered Xiaomi.

Apple’s modest growth, on the other hand, was because of the launch of the 2018 iPhones, the IDC said. With the release of the Apple iPhone XS and iPhone XS Max in select countries and territories on September 21, the old iPhones became cheaper.

Samsung was still at the top last quarter, but its market share decreased from 22.1 percent in the third quarter of 2017 to 20.3 percent in the same period this year. While the Korean company was fine in the flagship category, it continued to lose ground in the mid- and low-end markets. But it could make a comeback with the recent revamp of its product portfolio, aimed to bring new features to non-flagship models. We suggest you observe its A series.

OPPO experienced a decline as well, albeit a slight one. However, the IDC noted that it is starting to gain worldwide attention because of the OPPO Find X and R17 series, some of its newer premium devices.