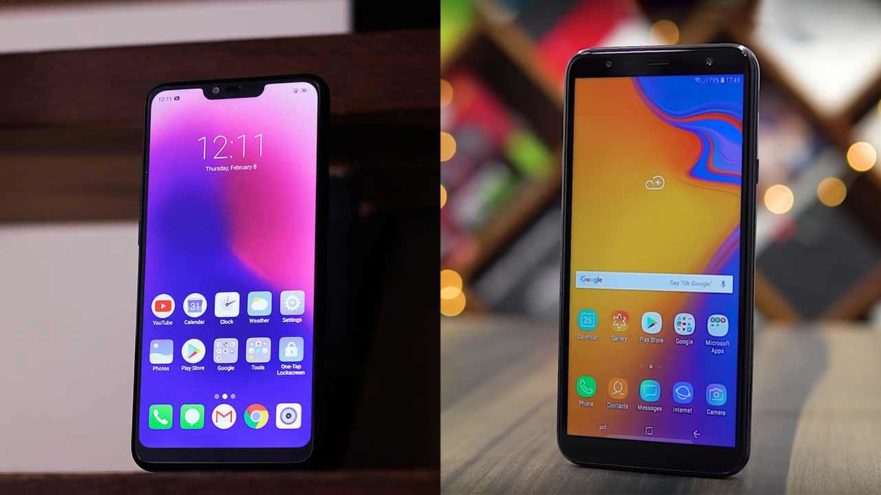 The Realme C1 recently launched in the Philippines with a bargain-basement official price tag of P5,990 (around $113). Which, as many of you know, is incredibly low for what it offers.

It’s even been dubbed the “real entry-level king,” with people in the industry (including us) gushing over its design, feature set, and price. But is it better than the P6,990 ($132) Samsung Galaxy J4+, the most formidable bargain phone yet from the world’s biggest smartphone vendor? Read on to find out. You might be surprised about which device delivers more value for money.

Both handsets are made of plastic, but it’s the Realme C1 that gets our vote when it comes to aesthetics and execution. The C1, with its glossy acrylic backing and notched screen with the narrowest bezels you’ll ever see on an entry-level handset, is more attractive to us and may prove to be more appealing for most people, especially because it looks more expensive than it is. 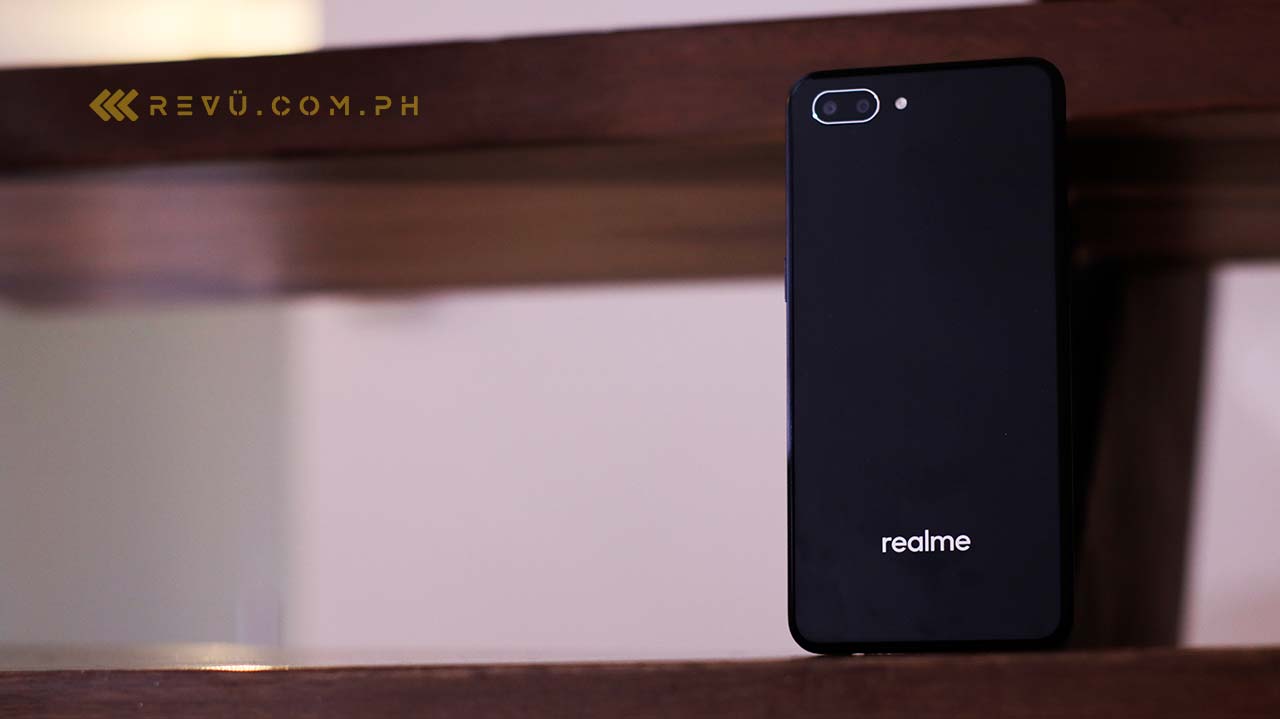 The Realme C1, with its glossy acrylic backing and notched screen with the narrowest bezels you’ll ever see on an entry-level handset, may prove to be more appealing for most people.

The Samsung Galaxy J4+ is much better-looking than any of Samsung’s previous budget phones. And it has a shiny back as well and an extra-tall display, which is great for watching video, playing games, browsing social feeds, and reading. But it just doesn’t have the same design flair as the C1.

Crucially, the Realme C1 and Samsung Galaxy J4+ are missing a fingerprint reader for fast authentication, though both are equipped with face unlock with the help of the front-facing camera. The two are also quite similar in terms of dimensions and weight, and one-handed usage is just about fine with either device.

With 6.2 inches of LCD on the front, the Realme C1 also gives you more real estate to use for content consumption, though not by much. Samsung’s Galaxy J4+ sports a 6-inch touchscreen. Both displays max out at 720p resolution.

In the imaging department, the Realme phone has the advantage in camera lenses, with its dual-sensor main shooter, while Galaxy J4+ is better suited for night shots on paper, thanks to its ability to let in more light with a lower aperture of f/1.9. By comparison, the C1 has an f/2.2 aperture lens, though in actual use, it has proven capable of producing good photos in low light. It might be a toss-up here, especially in dim areas.

The Samsung Galaxy J4+ is better suited for night shots on paper, thanks to its ability to let in more light with a lower aperture of f/1.9.

The extra sensor of the Realme C1 allows for better bokeh shots, but the lack of one on the Samsung Galaxy J4+ means it doesn’t ship with Samsung’s Live Focus or portrait mode. You can always turn to post-processing to blur the background and achieve the same effect with a single lens.

READ ALSO: Why the Realme 2 Pro won’t be launched in the Philippines

For snapping selfies, both devices have a 5-megapixel, f/2.2 camera. Both also offer a beauty option for the front-facer. The C1’s Beauty Mode has artificial-intelligence or AI features embedded in it to give you blemish-free skin without overdoing the edits.

Emotify on the Galaxy J4+, on the other hand, allows you to create a cartoony avatar to your liking, which you can use in your chats. The latter could be more useful to more people.

Under the hood, the Realme C1 uses a faster and more powerful Qualcomm Snapdragon 450, which features a total of 8 CPU cores — or twice the cores of the Snapdragon 425 inside the Samsung Galaxy J4+.

The two handsets come with 2GB RAM and 16GB storage in the Philippines, so regardless of which one you opt for, you’ll likely find yourself pretty much out of space after installing a heavy game like NBA 2K19 or PUBG Mobile. However, that doesn’t mean both are equipped to handle graphics-intensive games, like those we mentioned.

As we found in our full review, the C1 can outperform its closest rivals in the budget space, including the Galaxy J4+, despite its modest RAM allocation.

And if we’re being honest, the Realme handset is closer to a midrange phone in terms of actual performance than most other choices in its price range. It provides a decent gaming experience without breaking the bank, whereas the Galaxy J4+ will struggle providing satisfying frame rates in modern games with 3D graphics.

The 4,230mAh battery in the C1 also allows it to run longer on a single charge, than the Galaxy J4+, which is powered by a 3,300mAh cell — still quite good for a quad-core model. Safe to say, given their specs, battery life should be a non-issue for both. Neither phone supports Type-C charging, but it’s completely understandable at this price point.

Which one should you get?

While the Samsung Galaxy J4+ could prove to be the superior camera phone, especially for low-light shots, the Realme C1 runs away with a victory in just about all other aspects that matter as well. It looks better, runs faster, lasts longer — all of which add up to a more pleasing Android experience.

It’s no easy feat taking on any phone from the world’s top smartphone brand, but the Realme C1 managed to pull off an upset in this comparison. 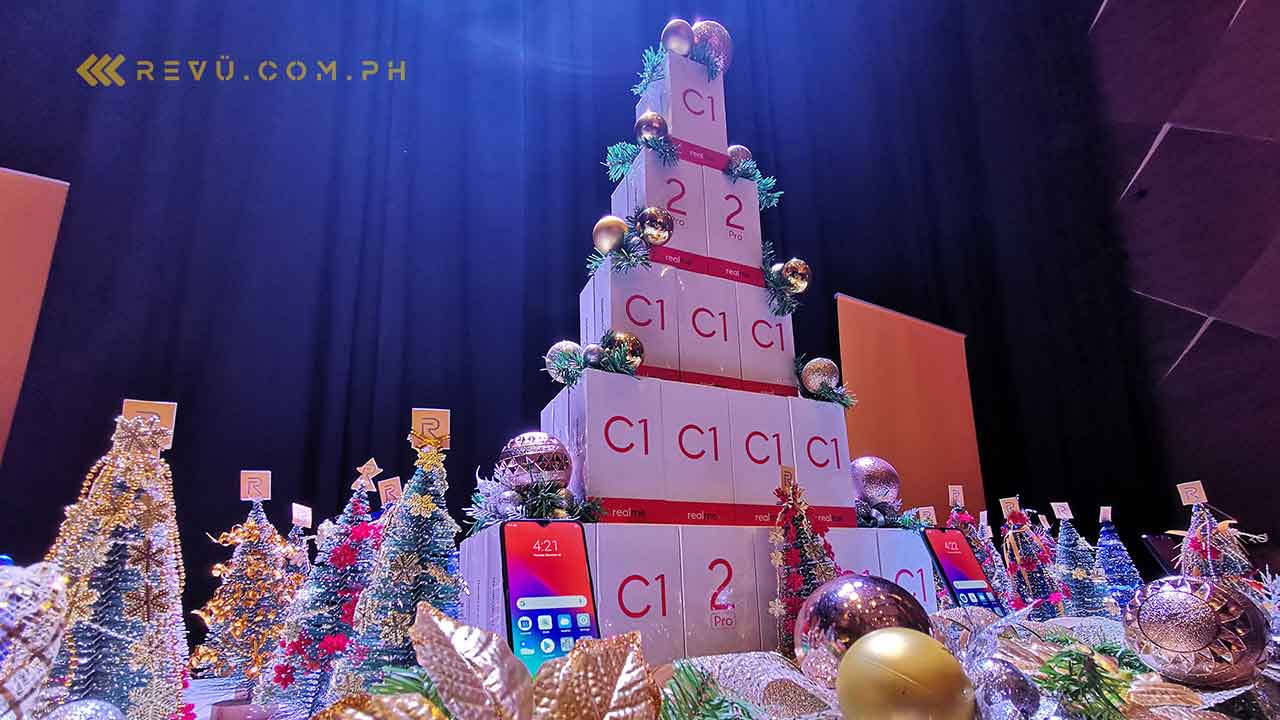 The Realme C1 looks better, runs faster, lasts longer — all of which add up to a more pleasing Android experience.