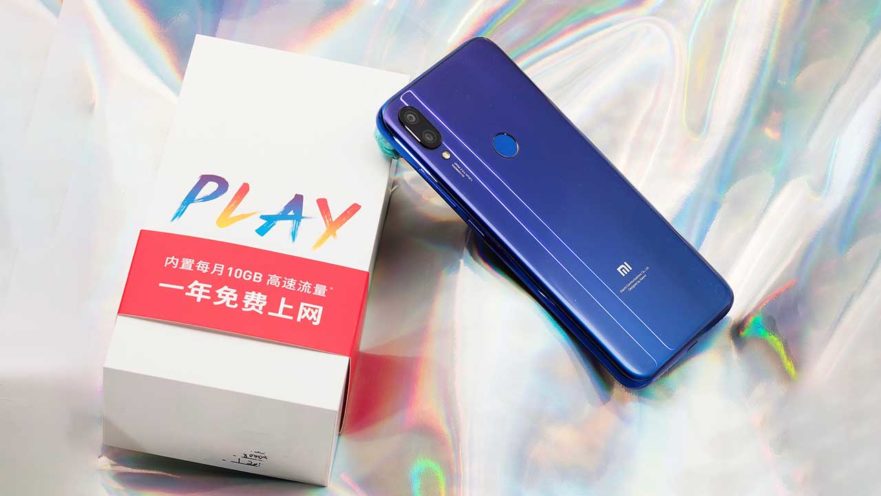 As promised, Xiaomi today launched a new budget smartphone in China to cap off its historic 2018. Unlike other Xiaomi devices announced this year, however, the Mi Play sports a smaller, waterdrop-design notch and gradient coloring on the back, similar to the Mi 8 Lite.

In its native China, the Xiaomi Mi Play is priced at ¥1,099 (roughly $159 or P8,446) for the lone 4GB RAM/64GB storage configuration. To sweeten the deal, the company is also bundling 10GB data per month for 12 months courtesy of a carrier partner. The Mi Play will come in three glossy color options — black, blue with a hint of purple, and red that transitions to orange in the lower portion of the casing.

With no global launch announced, it’s possible that the handset will be introduced with a different name (our money is on the Xiaomi Redmi 7) in other markets sometime early next year.

On the front, the LCD screen measures 5.84 inches, making this one of the more compact devices out there today. It arrives with a 2,280 x 1,080 resolution and a tall aspect ratio of 19:9. The earpiece and sensors that typically sit at the top bezel of a phone are not visible from the outside of the Xiaomi Mi Play.

As with the company’s previous releases, the smartphone is equipped with a pair of cameras around the back, as well as a fingerprint reader for faster unlocking. The main sensor is 12 megapixels, assisted by a 2-megapixel depth sensor for taking images with a bokeh or background-blur effect. Elsewhere, there’s an 8-megapixel camera with AI features for better selfies.

The 3,000mAh battery underneath the hood supports 10-watt charging over a standard microUSB port, while the processor tasked to power this unit is MediaTek’s new 12-nanometer Helio P35 chip, which has 8 cores operating at up to 2.3GHz. We’ve yet to see the Mi Play in action, but Xiaomi says it will give you a smooth gaming experience even when playing visually intensive titles.