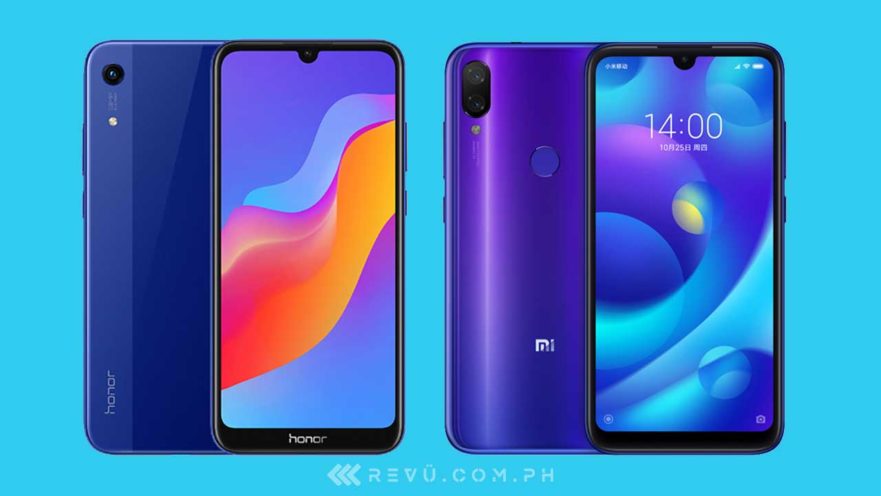 The Honor Play 8A, successor to the Honor 7A, which launched in the Philippines last year for as low as P5,990 (around $114), has been listed online in China ahead of its official announcement on January 8.

Preorders have actually gone live in its home country, with shipping likely happening a few days later. The listing reveals that the budget smartphone sells for ¥799 (P6,094 or $116) overseas for the base model with 3GB RAM and 32GB storage, while the 64B storage version costs ¥999 (P7,619 or $145).

As with most other Honor releases, the Play 8A is affordably priced and ideal for students and upgraders from feature phones. And it’s one of the first devices to use MediaTek’s new Helio P35 processor, which the recently announced Xiaomi Mi Play also carries.

That said, we can’t help but compare the two, especially since the Mi Play is agreeably priced, too, retailing at ¥1,099 (P8,381 or $160) in China where it’s exclusively being sold and bundled with 10GB of free data. Here’s a specs comparison that puts them against one another pound-for-pound.

Comparing it to the Honor Play 8A, the Xiaomi Mi Play offers slightly higher specs across the board — but it’s also slightly more expensive, as expected. It’s also important to note that the two phones ship with software based on Android 9.0 Pie, the latest version of Google’s operating system, and there’s a 3,000mAh battery under the hood of both.

Based on the renders, the chin on the Honor 8A appears to be bigger, while the notch situation appears similar between the two. Since it comes with a secondary depth sensor on the back, the Xiaomi Mi Play should deliver better results when shooting portraits. We’ll be able to say for sure once we actually test both devices.

But given how closely priced the Honor 8A with 64GB storage and Xiaomi Mi Play are, we’d recommend spending a bit more to buy the Mi Play — only if you have extra cash, of course.