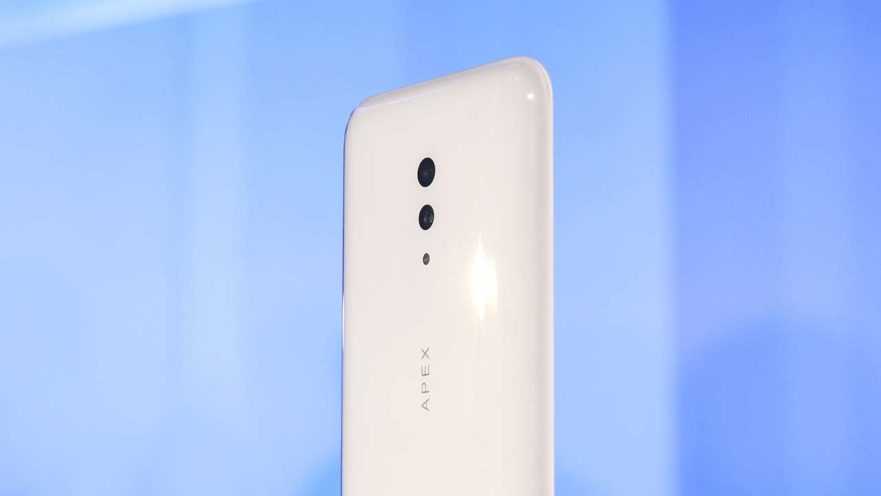 It’s likely that 2018 would be remembered as the year when the doors flew open and Chinese manufacturers were engaged in smartphone design one-upmanship that kick-started the no-bezel trend.

Though Meizu may have beaten Vivo to the punch in launching the world’s first “holeless” phone, the Vivo APEX 2019 will probably be the device that comes to mind when we think of aggressively minimalist designs. Which would be generous considering it might never enter production in this exact form, just like the original APEX concept phone Vivo showed off last year.

But man, does it have charisma. Just look at it. That “Super Unibody” curved-glass back; that generous, notchless screen real estate; those teeny-tiny bezels. It’s easily the best-looking Vivo phone ever and arguably the prettiest slab of hardware we’ve seen (so far) this year.

The APEX 2019 doesn’t have any physical buttons, cutouts, or openings in plain sight, so there’s no headphone jack, USB-C port, and speaker grill.

Now, you might be wondering — how does this phone top up its battery? It does so using a wired magnetic connector, which also enables wired file transfers.

To replace the loudspeaker and earpiece, the screen vibrates to produce sound. There are no power or volume buttons on the side either. Vivo is instead relying on a combination of capacitive sensors along the frame to detect touch input and duplicate the function of hardware buttons. eSIM bypasses the need for a SIM tray — and by extension, a physical SIM card.

But more impressively, the Vivo APEX 2019 launches with the world’s first full-screen fingerprint reader that works wherever you rest your finger on the display. The phone doesn’t have a front-facing camera, though, so facial recognition isn’t available as an unlocking option.

For taking pictures, there’s a dual 13- and 12-megapixel setup on the back that sits flush against the chassis.

Inside, the Vivo APEX 2019 has a Qualcomm Snapdragon 855 under the hood. The processor is claimed to support faster 5G data and up to a whopping 12GB RAM and 256GB of storage.

Vivo is expected to show off the APEX 2019 at the upcoming Mobile World Congress tech show next month. Hopefully, we’ll be able to spend some hands-on time with the phone there.