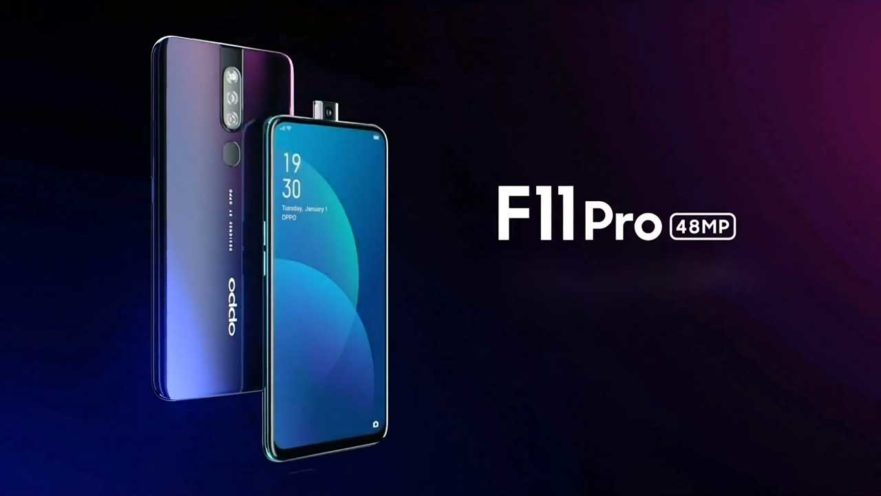 OPPO’s next mainstream phone will debut two weeks from now. The OPPO F11 Pro will officially launch in India March 5th, this according to company’s event invite.

If you’re not familiar, this is the first OPPO phone with a pop-up selfie camera. It’s also only the second phone from the company that has a full-screen display after the Find X. Unlike on last year’s OPPO flagship, however, only the front-facing camera of the F11 Pro is on an elevating mechanism hidden inside the body.

Over to the back, OPPO’s recent teaser video for the F11 Pro confirms the presence of dual cameras, a physical fingerprint reader, and a gradient finish on the surface. The two light-bending color options — at least those that we already know of — are Thunder Black and Aurora Green. There could be more down the line.

Other teasers released by the company point to a headphone jack and a USB-C port. The phone will also get VOOC 3.0 for fast charging what could be a 3,500mAh battery using the included wired wall adapter.

Inside, the OPPO F11 Pro is expected to come with the latest MediaTek processor, coupled with at least 6GB RAM and 128GB of native storage. Its predecessor, the F9, paired a MediaTek Helio P60 with 6GB RAM and 64GB storage. The phone was priced at P17,990 (around $355) at launch.