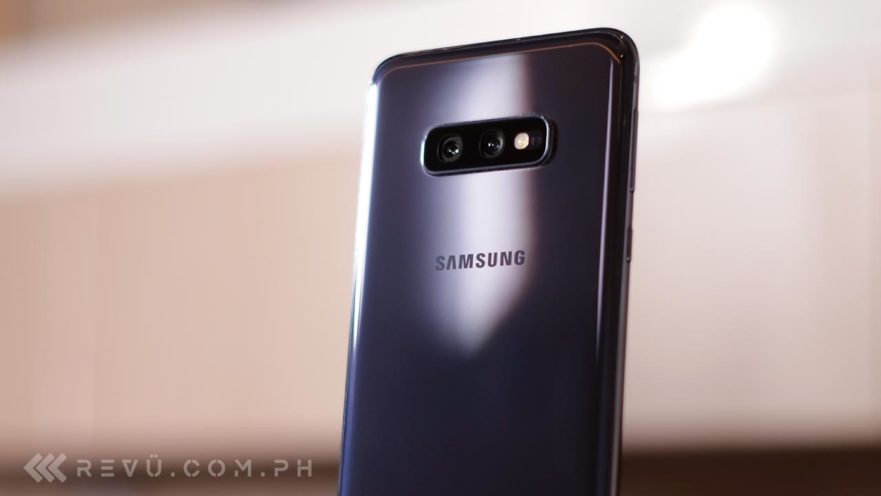 Besides the Galaxy S10 and Galaxy S10 Plus flagship smartphones, the Samsung Galaxy S10e, which has the fewest bells and whistles — and lowest price tag — also got added to the Galaxy S10 series family.

The Galaxy S10e is set to go on preorder on February 22 in the Philippines for P39,990, which translates to roughly $770 converted. Retail sales start March 8. Customers who pre-purchase the phone here will get a pair of Galaxy Buds, Samsung’s AirPods-like earbuds, for free, plus smartphone screen insurance on their unit.

The color you’ll see most often is Prism White on account of it being the only color available for the Galaxy S10e. The black unit you see here won’t be released in the Philippines. A pity because we’re big fans of compact phones with top-end specs and features.

The device gets many of the same highlights as the Galaxy S10 and Galaxy S10 Plus, including IP68 certification and a bright Super AMOLED screen with a punch-hole for the selfie camera. The body is also made of glass and metal and keeps the headphone jack alive, so users with wired headphones can use their pair without a problem.

The Samsung Galaxy S10e still gets wireless reverse charging, as well as fast wired and wireless charging for juicing up the 3,100mAh battery. This phone is powered by company’s latest and greatest Exynos 9820, too, which means its size shouldn’t be underestimated. If anything, we have no doubt it will handily outperform most flagships in benchmarks and gaming frame-rate tests.

The 5.8-inch display, however, isn’t as sharp as what you see on the two other S10 series models, and it skips the under-display fingerprint reader in favor of a side-mounted one. It may sound like an awkward position to put a sensor, but it works well on a phone this size.

The back-facing system drops to two cameras, from three on the Galaxy S10 and Galaxy S10 Plus, but the main 12-megapixel camera that can switch between f/1.5 and f/2.4 has been retained for better low-light shots. The wide-angle camera, which we like, also stays.