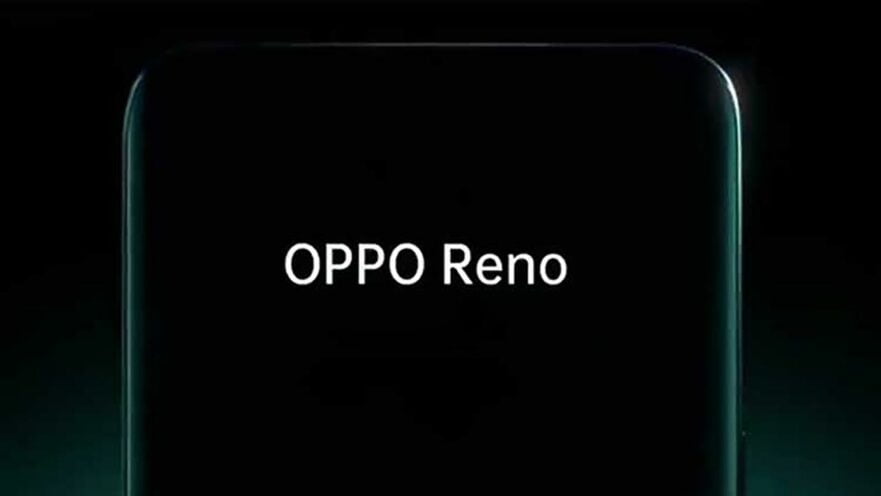 OPPO earlier today announced a new product line — and it’s called Reno. It will formally launch on April 10 in its native China. More interestingly, a leaked promo video for the first device from this upcoming lineup hints at a triple-camera phone with a curved glass back.

The video, which first appeared on China’s Weibo social media platform, briefly shows three cameras arranged vertically on the back, with one of the cameras looking like the square-ish 10x zoom module of the OPPO prototype we saw at MWC 2019 in Barcelona, Spain, last month.

OPPO said at MWC 2019 that it would begin offering its 10x lossless zoom camera in the second quarter of 2019. Could the Reno be the device that debuts the new camera system? The triple set has been rumored to include 48-megapixel main sensor and an ultra-wide-angle lens for taking group photos and landscape images.

The rear side of the handset seems to be made of a glossy material, likely glass. Unfortunately, the front panel remains a mystery for now, although we might see the OPPO Reno arrive with a pop-up selfie camera, like the OPPO F11 and F11 Pro, or a teardrop-style notch that is much less intrusive than the traditional notch.

Previous reports claimed that the Reno would be built around a flagship Qualcomm Snapdragon 855 processor coupled with 8GB RAM and 256GB of internal storage. Meanwhile, a purported Antutu listing suggested the presence of a 1080p display, as well as a custom user interface based on Android 9.0 Pie. A 4,065mAh battery might also be included in the specs.

OPPO has released posters to promote the Reno, and they seem to suggest that the phone will be aimed at mobile photographers who are also after fast, high-end internals. We’ll find out for sure when the OPPO Reno makes its debut next month.