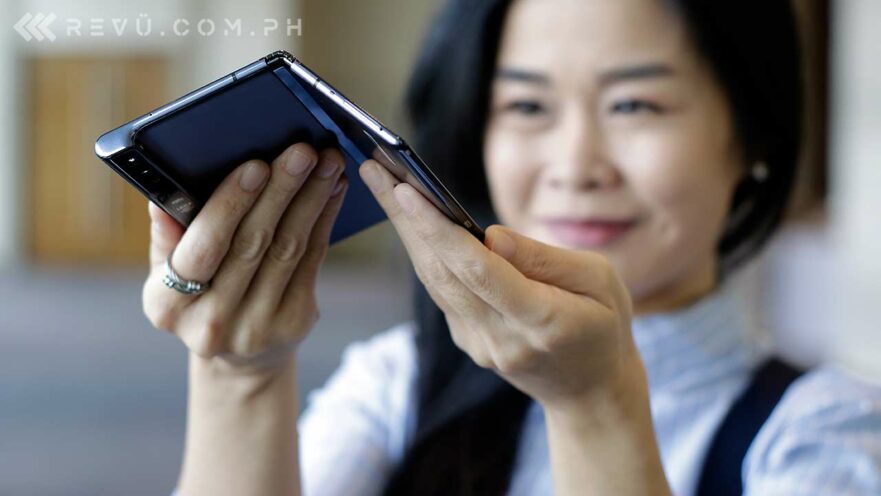 You’ve heard about it. You’ve seen pictures of it. But you’re not quite sure how it works. Don’t worry, in the video below, we give you a more in-depth look at the Huawei Mate X, considered the fastest foldable 5G phone in the world.

An in-depth look at the Huawei Mate X, where we tackled everything from gaming on the foldable phone to the device’s 5G capabilities

No time to watch the video? You can go over these frequently asked questions about the Huawei Mate X, and read our answers.

The Huawei Mate X looks massive. How do I turn it into a phone for when I want to use it with one hand?

The OLED screen is huge — 8 inches diagonally, but only 5.4mm thin — when in tablet mode, yes. And that’s perfect when you want to watch videos or play games. It’s easy to switch to smartphone mode, though. Just close it — similar to how a bird folds its wings — and you get a main display that measures 6.6 inches. A 6.4-incher serves as a secondary screen, and beside it is where the grip, sensors, and triple-sensor camera array are located. To switch back to tablet mode, fold the device out.

Can you tell me more about the hinge?

Huawei calls it the Falcon Wing Mechanical Hinge. It’s designed to support movement, so there’s a balance between the overall aesthetics and technology. It may look small and slim, but inside the part are over 100 components. It took the company around three years to perfect it.

What do games and other apps look like on the Mate X?

The device will intelligently choose the best resolution and aspect ratio of the app depending on the screen you’re using. Huawei says most popular apps will support the Mate X’s different screen sizes and aspect ratios. In our time with a prototype, most apps we opened were displayed in full screen, while some, such as YouTube, ran with black borders above and below the app.

How advanced is the foldable device’s 5G capabilities?

About a year ahead of the competition. You have to understand that being the largest telecommunications-equipment supplier, the company started working on 5G roughly a decade ago. That has led to the development of the Balong 5000, the most powerful 5G modem on the market that Huawei paired with the 7nm-based Kirin 980 chip powering the Mate X. With the Balong 5000, you are essentially looking at:

Why does the Huawei Mate X come with two batteries?

The foldable smartphone has two batteries rated 2,250mAh each for a total of 4,500mAh to be able to support 55-watt charging. Which means you can get the battery from zero to around 85 percent in just 30 minutes, the fastest we’ve seen thus far. Every purchase comes with a free 55-watt SuperCharge Adapter, which also provides up to 65 watts of charging for the — Huawei’s answer to Apple’s MacBook that we heard is landing in the Philippines soon.

Huawei says the Mate X features a triple camera setup on the back. But where’s the one for selfies?

Yes, the Huawei Mate X features a triple-rear-camera system that’s co-engineered with German optics manufacturer Leica. A 40-megapixel main sensor is paired with 16-megapixel ultra-wide and 8-megapixel telephoto ones. There’s no additional camera for selfies. To take a self-portrait, you’ll need the primary shooter and secondary screen to help you in framing the shot. You may also use the bigger, 6.6-inch display to mirror the one on the front, so when you’re taking a photo of someone, the person will be able to see exactly what you are seeing before clicking the shutter.

The software on the unit that we got our hands on is NOT FINAL yet. But as it is, the device already takes share-worthy pictures, as seen in the few samples below. So imagine how great it can be with ready-to-ship software already. 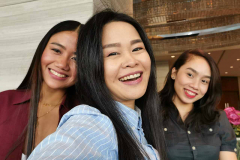 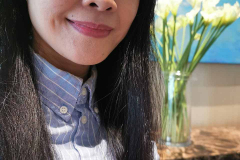 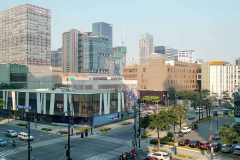 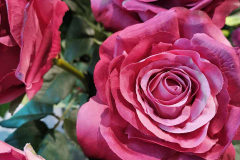 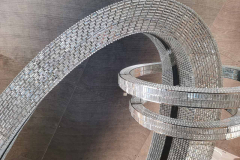 Photos shot on the Huawei Mate X. Again, the software is not final yet

How much is this model, and when is it going to be available?

The Mate X will be priced at €2,299 (around P136,078 or $2,589) when it is released middle of this year. It will probably be less expensive in other countries, considering that European prices tend to be higher because of taxes.

What are the Huawei Mate X’s specs?

Please refer to the specifications below:

To understand how the Huawei Mate X works, we urge you to watch the video we embedded at the top of this article. Got more questions? Leave your message below, or contact us through our social-media accounts.