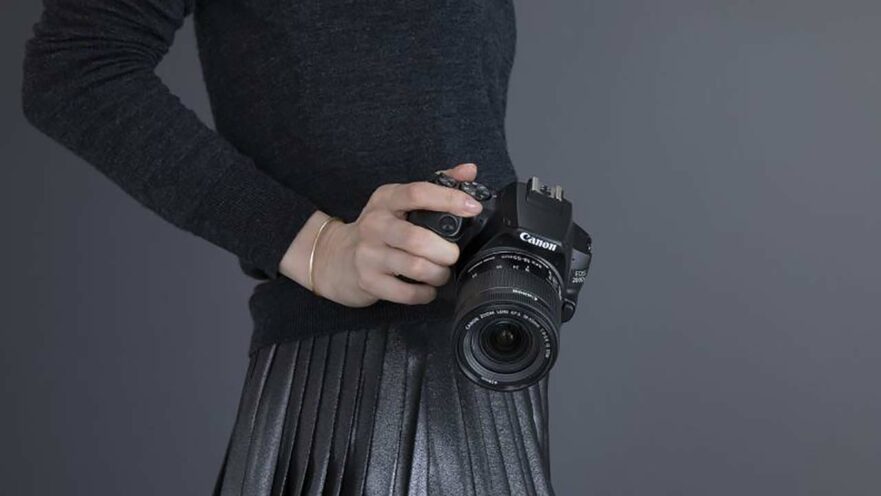 The Canon EOS 200D Mark II — which is also known as the EOS Rebel SL3 in the U.S. and EOS 250D in Europe — is coming to the Philippines in May at a still-undisclosed local price.

This DSLR camera with interchangeable lens is the direct sequel to the Canon EOS 200D, which costs P39,998 (about $773) for the body and 18-55 lens combo. It is one of the best cameras out there for beginners and vloggers, with its attractive kit price of $599 (P30,961), small and lightweight body, and excellent selection of first- and third-party lenses that can be used with other Canon APS-C-type cameras, should you decide to upgrade your gear.

The upcoming Canon EOS 200D Mark II may prove to be even more impactful for the entry-level DSLR category, as it greatly improves on its predecessor in one particular area to make it more suited for filmmaking and vlogging.

When it launches in the Philippines, it will be one of the cheapest and lightest dedicated cameras out there that can shoot videos in crisp 4K. Yes. Finally, a 4K camera from Canon that won’t burn a hole in your pocket and can natively take advantage of an enormous catalog of EF lenses without the need for an adapter.

Finally, a 4K camera from Canon that won’t burn a hole in your pocket and can natively take advantage of a big catalog of EF lenses without the need for an adapter

Granted, it tops out at 24 frames per second and the footage is cropped by 1.6 times at the said resolution — but still, you don’t come across a budget DSLR that is capable of 4K often. Until lately, there were few Canon cameras that offer the same level of sharpness in video. There’s also a 1080p option at up to 60 frames per second, as well as HDR video recording at 30fps.

Canon also says the EOS 200D Mark II measures just 122.4 x 92.6 x 69.8mm and weighs only 449 grams with a battery pack and a memory card inside the body, to make it the company’s smallest and lightest DSLR camera yet. On top of that, it’s the first EOS camera to get Canon’s Eye Detection auto-focus system, which can detect and focus on the subject’s pupil to ensure that the eye is always in focus. That’s good news if you’re into portrait photography.

The EOS 200D Mark II will get the same 3-inch, tilt-out LCD touchscreen as the model before it, but upgrades to the latest DIGIC 8 processor from the EOS R line of mirrorless cameras. The ISO sensitivity remains unchanged at 100 – 25,600, which is expandable to 51,200. Meanwhile, the battery pack is bigger this time around, with a rating of 1,070 shots per charge compared to the 200D’s 650-shot rating.

We’ll update this post once pricing for the Canon EOS 200D Mark II has been made official. But until then, it would be a good idea to add it to your list of cameras to watch for if you’re in need of one that can do 4K, has a wide range of compatible lenses and accessories, and doesn’t cost a lot.