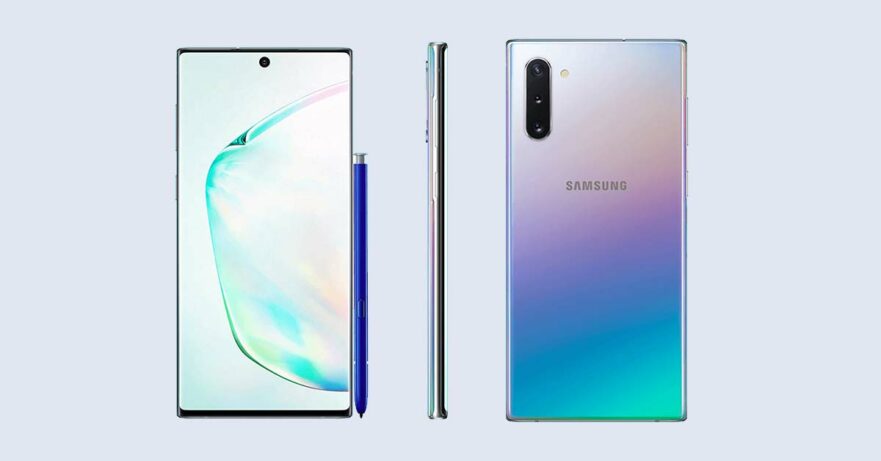 Samsung’s next Galaxy flagship is already available for preorder in the Philippines ahead of its official global launch on August 7th.

(Update, August 4: We have the leaked prices! See Reported prices of the Samsung Galaxy Note 10 in the US, Europe.)

The Samsung Galaxy Note 10 will come with freebies worth up to P32,700, or about $641 converted, for those who preregister on the Samsung Philippines website and make a down payment of P2,000 ($39). The first day of release in the Philippines is August 23, the same day it goes on sale in Korea and other parts of the world.

Those who get in on the offer actually have three bundles to choose from, as listed below:

All three options will be paired with a P2,799 ($55) wireless charger. If we had to make a guess, the first bundle could include a Samsung smart TV. The second and third options will probably include accessories, such as audio and portable charging products. We’ll know for sure in the next few days.

The Samsung Galaxy Note 10 will reportedly have two variants — one’s a regular flagship, and the other’s a plus-sized model.

The Samsung Galaxy Note 10 Plus is tipped to have a 6.8-inch screen with a notch at the top and an integrated fingerprint scanner. It will also support gesture navigation using the new S Pen stylus. Under the hood, there’s a never-before-seen Samsung Exynos 9825 processor or a Qualcomm Snapdragon 855 Plus, depending on the region. The chip will be coupled with 12GB RAM and at least 256GB storage. Reports say the 4,300mAh battery inside will support 45-watt fast charging.

The regular Galaxy Note 10, on the other hand, could have a 6.3-inch display and a smaller battery backup that uses a slower charging standard. For optics, the Galaxy Note 10 Plus will allegedly have four cameras including a TOF sensor at the back, while the standard version might get three rear cameras.

Via GSMArena; main image via Ishan Agarwal on Twitter