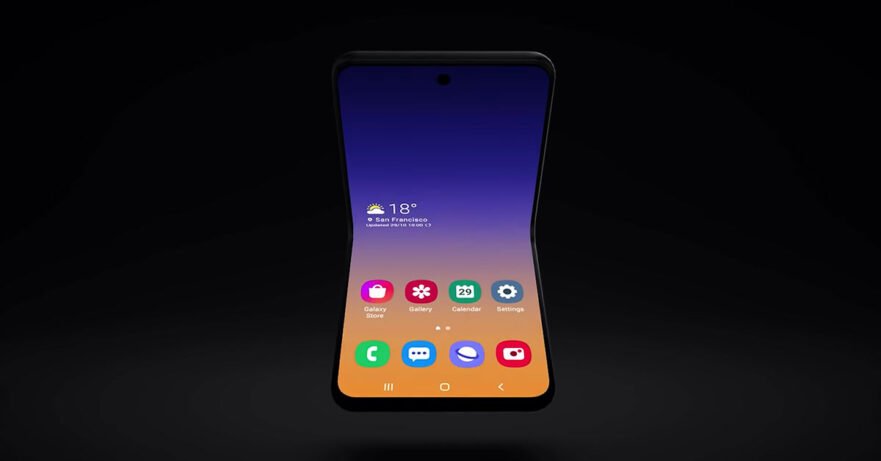 Samsung isn’t stopping with foldable phones that turn into tablets a la the Galaxy Fold. It’s exploring a clamshell comeback that those who lived through the Motorola Razr era will remember.

The Korean company showed a clip of the concept at its recent developer conference, exploring the idea of making the smartphone even smaller. Do we need the concept? Maybe not. Do we want to see it? Absolutely.

Samsung’s next foldable phone: A clamshell-type?

Samsung isn’t the only smartphone maker exploring the idea of bringing flip phones into the foldable device space. Motorola itself will be launching the first foldable clamshell — the aptly named Motorola Razr 2019 — on November 13.

This idea isn’t the technology giant’s first foray into the clamshell form factor either. Samsung still sells flip phones in China. But for its foldable concept, we spy a punch-hole camera to make sure it offers as much screen real estate as possible. What isn’t shown is whether there will be an external display or not. To truly copy the flip-phone style, we’re expecting to see one.

SEE ALSO: $1,980 Samsung Galaxy Fold coming to the Philippines. Ready your wallets and And the top smartphone brands in Q3 2019 are…

Samsung is keeping mum about whether this device will be sold to the public, but reports claim the product is in development. Rumors state it will have a 6.7-inch display when unfolded, and the phone itself will be thinner than the Samsung Galaxy Fold. Also, it will be cheaper. How cheap? We don’t know either. But we will definitely let you know if new details about the device pop up.

If Samsung does decide to put this foldable phone into production and it sticks to a timeline, we might see this handset as soon as the 2020 Mobile World Congress in Barcelona, Spain.