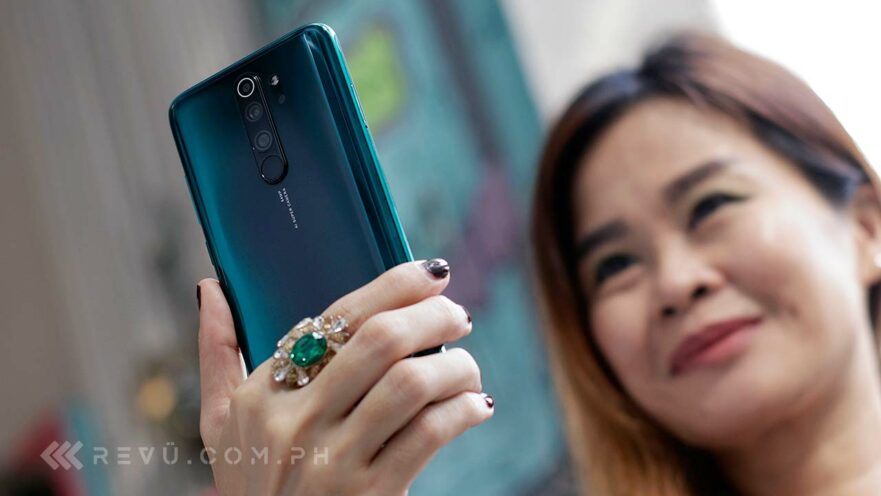 The Redmi Note 8 series is finally official in the Philippines, bringing with it competitive prices for the features they offer.

(Update, October 13: Check out what we think of the non-Pro’s photography chops in Redmi Note 8 with 48MP quad camera: Sample pictures.)

The Redmi Note 8 Pro is the first in the world to come with the 64-megapixel Samsung ISOCELL Bright GW1 sensor, which uses quad-binning pixel technology. It’s partnered with three other cameras on the back, including an 8-megapixel ultra-wide shooter and two 2-megapixel sensors for depth and macro. There’s a 20-megapixel camera housed in the waterdrop notch in front of the device.

This handset has a 6.5-inch LCD screen with TUV Rheinland certification, which guarantees that the display filters harmful blue rays. It is also protected by Corning Gorilla Glass 5.

The Redmi Note 8 Pro runs on MediaTek’s Helio G90T processor, which is the company’s first gaming-focused chip that’s said to be better than the Qualcomm Snapdragon 710.

This phone has a 4,500mAh battery with support for 18-watt fast charging, and it has liquid-cooling technology, too.

The Redmi Note 8 can be considered as a step down of sorts, but it still packs in some decent specs at a more compelling price. It has a 48-megapixel rear camera paired with the same three sensors found in the Redmi Note 8 Pro. There’s also a 13-megapixel front camera placed in the waterdrop notch.

Powered by a Qualcomm Snapdragon 665 processor, the Redmi Note 8 sports a 6.3-inch screen and a 4,000mAh battery with 18-watt fast wired charging. It will ship with MIUI 10 out of the box.

You can distinguish it from the Pro model by the placement of the main camera module. The Note 8’s quad-camera module is placed on the upper left side of the back panel, while the Note 8 Pro’s is at the center, similar to what you see on the OPPO Reno 2.