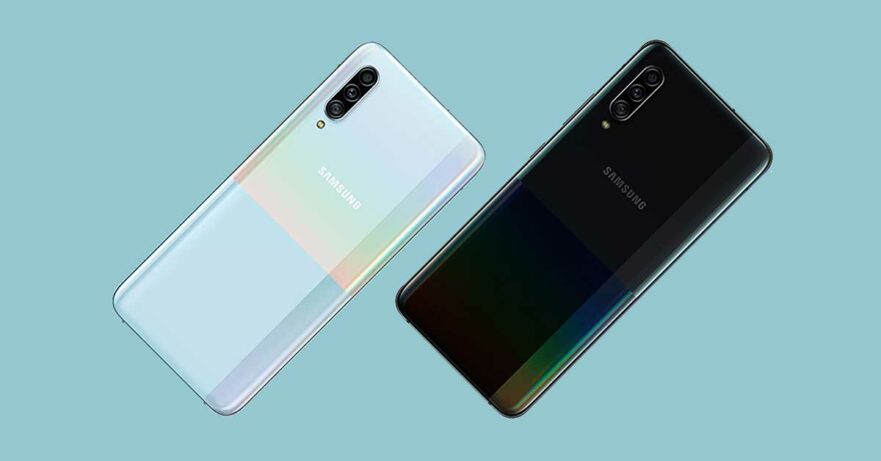 Reports claim this will be a powerful midrange device, as it packs a Qualcomm Snapdragon 855 processor, the same one that powers the Galaxy S10 and Note 10 flagship series. It surpasses the Galaxy A90 5G model by throwing in support for 45-watt fast charging.

The Samsung Galaxy A91 shares a lot of the Galaxy A90 5G’s DNA with 8GB of RAM, 128GB of expandable storage, and a 6.7-inch Full HD+ Infinity-U display. The camera setup is mostly the same: the same 48-megapixel primary camera with OIS and a 5-megapixel depth sensor. However, the ultra-wide lens gets an upgrade from 8 megapixels to 12 megapixels. The front-facing shooter is a 32-megapixel camera with f/2.2 aperture.

The smartphone will reportedly have Bluetooth 5.0 and Wi-Fi a/b/g/n/ac connectivity and USB-C support. It won’t have 5G support, though.

Battery capacity will be the same as the Galaxy A90 5G at 4,500mAh. But as we mentioned earlier, the Samsung Galaxy A91 supposedly has an advantage over its predecessor with support for 45-watt fast charging. What isn’t known, though, is whether the charging brick that supports this speed will be included in the box or Samsung will sell it separately, as it did with the Galaxy Note 10 Plus.

What also isn’t clear right now is whether the device will run Android 10 out of the box or not. There are rumors that it might launch in India before the year ends but with Android Pie instead.

The Korean technology giant usually introduces the latest version of Android on its flagship devices. So, if they continue with this practice, we can expect the Galaxy A91 to launch after the Samsung Galaxy S11 comes out in the first quarter of 2020. But if it launches in other markets with Android 9.0 out of the box, then a 2019 release is plausible.