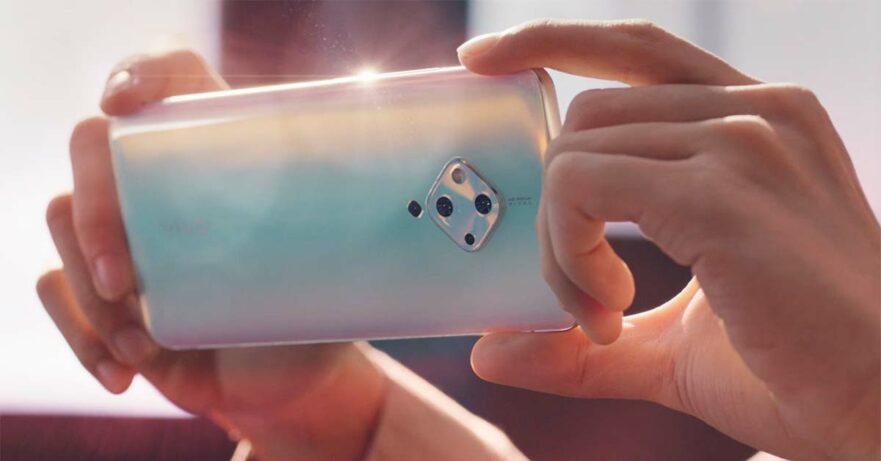 In the Philippines, the Vivo S1 Pro is launching soon. In China, another member of the company’s S series — one that features a punch-hole display — has been announced.

Rumors claim there was supposed to be an S5 Pro launched alongside the S5. But for now, we only have information on the latter.

The Vivo S5 is powered by the same processor powering the Xiaomi Mi 9 SE, the Qualcomm Snapdragon 712. It runs on the latest FunTouch OS 9.2-based Android 9 Pie.

The 6.44-inch Full HD+ display has an under-screen fingerprint reader, supports a resolution of 2,400 x 1,080 pixels with a tall aspect ratio of 20:9, and features a 91.38% screen-to-body ratio. The punch hole on the upper-right corner houses a 32-megapixel selfie camera.

On the back, we have a quad-camera setup arranged in a unique diamond pattern. It consists of 48-megapixel primary, 8-megapixel ultra-wide, 5-megapixel depth, and 2-megapixel macro sensors. Vivo even offers a “super beauty algorithm” and posture-correction feature with 144 poses to help you, well, pose better in your pictures.

The Vivo S5 has a 4,100mAh battery and comes with support for 22.5-watt fast charging. Available in Icelandic Blue, Phantom Blue, and Star Black color variants, the phone will go on sale in China starting November 22.

Vivo hasn’t announced plans outside of its home market, but with the S1’s launch here in the Philippines, we might see the S5, too.