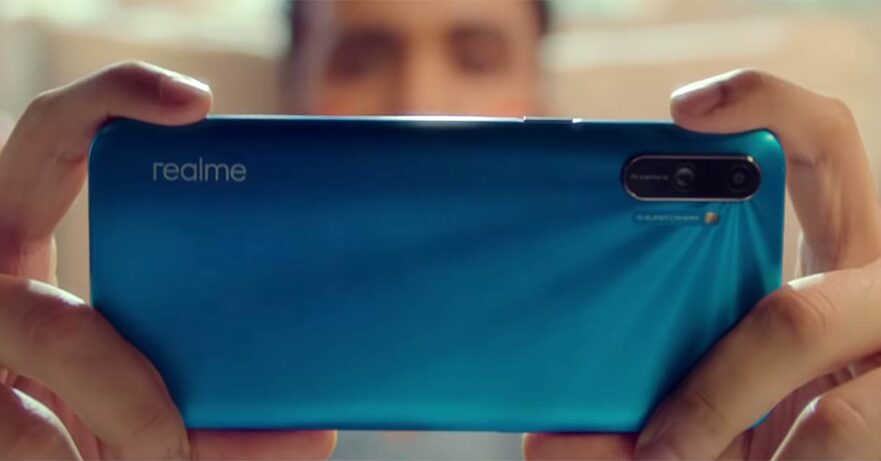 As expected, Realme has launched a new budget smartphone for the Indian market. The Realme C3 is now official, and introduces some never-before-seen features in its price point.

(Update, February 20: A different variant has been launched in other countries. Read Realme C3 with Android 10, Helio G70 gets new version.)

The phone will be available online beginning February 14 on Flipkart and Realme India’s official ecommerce site. Offline sales will start a week after, on February 20.

There’s no word yet if it’s coming to the Philippines, but chances are, it will — but for a bit higher price because of taxes.

The Realme C3’s rear cover is reminiscent of that on the Realme 5i and features the same sunrise-inspired design with a micro-texture finish for added grip and to minimize fingerprints and fine scratches. It looks attractive and durable enough for daily use.

There’s a dual-lens camera system on the back as well. The main sensor has 12 megapixels and sits behind f/1.8 aperture lens, while the secondary camera is a depth sensor that adds bokeh to portrait shots. The 12-megapixel unit can shoot 1080p footage and even slo-mo video at 120fps.

On the software side, you get Portrait and HDR modes, as well as Chromaboost to dramatically increase the vibrancy of pictures. There’s no mention of Realme’s fantastic Nightscape mode for low-light shots, though.

For selfies and video chat, the Realme C3 sports a 5-megapixel camera in a dewdrop notch above the screen. It supports Beauty, HDR, Panoselfie, and AI Portrait modes.

Still on the front panel, the C3 has a 6.52-inch HD+ display with 20:9 aspect ratio and a high screen-to-body ratio of 89.8%, which will allow you to view more content at a glance, without scrolling. Realme says it has optimized the screen of the device to reduce input latency and frame drops when gaming.

The processor is a MediaTek Helio G70, and it’s important to note that the Realme C3 is the first smartphone to ship with the new 12nm chip with 8 CPU cores, LPDDR4X RAM, and Mali-G52 graphics. The company claims the C3 should be able to hit 193,000 points in Antutu Benchmark — impressive for an entry-level smartphone.

The Realme C3 is the first phone to ship with the new MediaTek Helio G70 chip. It runs Android 10-based Realme UI out of the box and features a 5,000mAh battery

The C3 also notably runs Realme UI based on Android 10 out of the box. That’s even more impressive considering that Android 10 hasn’t been rolled out to most phones yet.

Finally, the large 5,000mAh battery inside the Realme C3 ensures days of constant use on a single charge. With reverse-charging feature, you can even use it to juice up other devices. Unfortunately, the battery charges over microUSB, not USB-C.