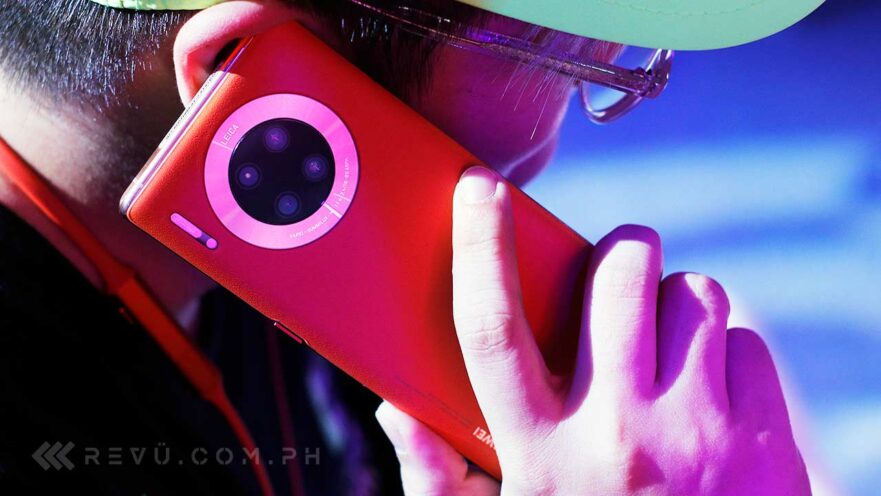 Globe Telecom has made history once again. Almost eight months after announcing the country’s first commercial 5G service for residential and business customers, it has launched the first 5G phone in the Philippines.

Starting February 8, the Ayala-led telco will offer the Huawei Mate 30 Pro 5G to existing and recontracting subscribers. The plans are as follows:

Huawei previously announced that the 5G version of the Mate 30 Pro will be available at Huawei Experience Stores for a suggested retail price of P55,990 ($1,102) beginning on the 8th. Each purchase comes with 50GB of Huawei Cloud Storage for the first three months and 1,200 Huawei points.

The Huawei Mate 30 Pro 5G boasts the same terrific features as the 4G model released earlier — from what it calls the horizon display to the big battery with support for 40-watt fast wired charging and 27-watt wireless charging. Except that its camera system is the highest-rated one by international benchmark authority DxOMark, thanks to optimizations made by Huawei.

What’s more, the Kirin 990 5G chip it uses is powered by 7nm+ EUV2, which translates to getting significant performance with lower power consumption. It supports both NSA [non-standalone] and SA [standalone] architectures simultaneously; can reach 2.3Gbps peak download speed and 1.25Gbps upload speed; and gets a huge boost in AI performance with the “2 Big-Core plus 1 Tiny-Core” NPU architecture.

He added: “A lot of the use cases of 5G are still being set. The idea of watching a video on your handset wasn’t in existence during 3G’s time, but it came around as the killer use case when LTE was brought to market.”

Besides speed, Cu said that another advantage of 5G for consumers is latency, or the response time of the network to the smartphone.

The third advantage he mentioned is internet of things. “It’s something that consumers will enjoy eventually because 5G was designed to accept millions, even billions, of connected devices all at once to the network. It transcends the limitation of 4G.”

Market-research firm Counterpoint predicts that shipments of 5G smartphones in 2020 will exceed 270 million units. It expects the penetration rate of 5G handsets to increase from 1% in 2019 to 15% this year.

GfK, on the other hand, estimates that in 2020, more than 180 million 5G devices will be shipped globally, around 130 million units of which will come from the Asia-Pacific region.