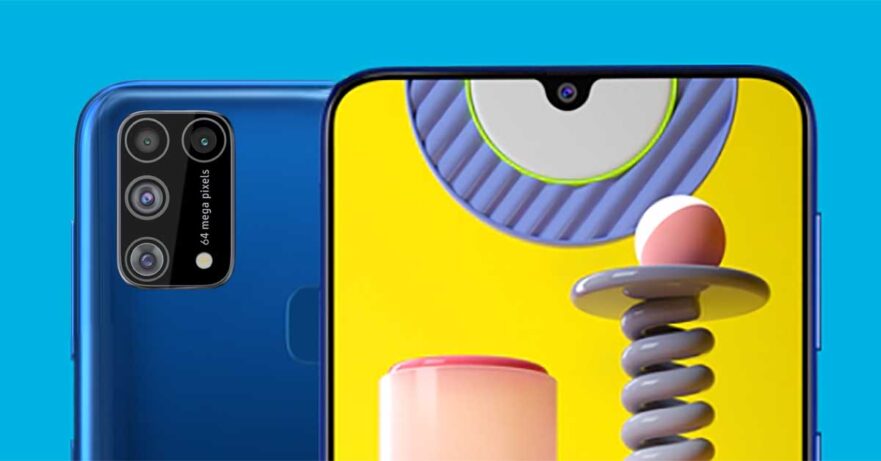 We’re still six days away from the February 25 Indian launch of the Samsung Galaxy M31, but it seems that we already have the complete specifications and renders of the smartphone.

Here are the specs that have been confirmed thus far: 64-megapixel quad camera, 6,000mAh battery, and Super AMOLED Infinity U display. Now, a leakster has filled in the gaps.

The Samsung Galaxy M31’s primary camera is said to be mated to 8-megapixel ultra-wide, 5-megapixel depth, and 5-megapixel macro sensors. The front-facing one, placed in the waterdrop notch of what is supposedly a 6.4-inch screen, is 32 megapixels.

The phone is allegedly powered by an Exynos 9611, the same chip that powers the M31’s predecessor, the Galaxy M30s — and even the Samsung Galaxy A51. The device also has 6GB of RAM and 128GB of internal storage.

The Galaxy M31 is expected to be available in red, blue, and black, but there’s no credible leak about its price just yet. For reference, the Galaxy M30 released in the Philippines was sold for P12,490 (around $247) at launch.

A little birdie told us at Revü that Samsung Electronics Philippines is still not 100% percent sure about bringing the smartphone here, but who knows? The company might eventually end up selling the M31 in the country.

Here are some official high quality press renders of the Galaxy M31 launching on February 25. Will be available in Black, Blue and Red color options. I expect it to cost around ₹15k.#GalaxyM31 #MegaMonster pic.twitter.com/kFBiXYpW1M