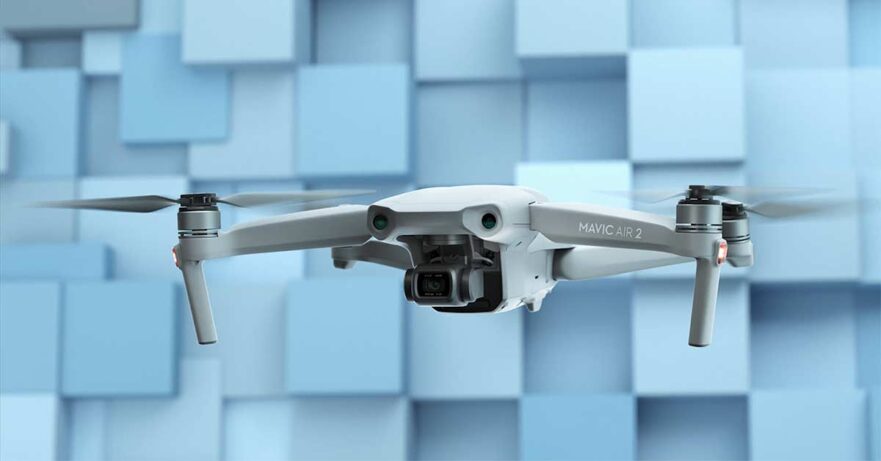 The successor to the Mavic Air is here, two years and three months after the original was launched with the traveler and outdoor enthusiast in mind.

Simply called the DJI Mavic Air 2, the portable drone comes with a larger, better sensor — a Quad Bayer half-inch one, up from its predecessor’s 1/2.3-inch sensor. While the default option is still 12-megapixel pictures, it’s nice to know that the camera can capture 48-megapixel images should you want to.

The DJI Mavic Air 2 comes with a Quad Bayer half-inch sensor, up from its predecessor’s 1/2.3-inch sensor

The DJI Mavic Air 2 is also the first drone in the Mavic series to offer 4K video at 60fps and 120Mbps. That’s even better than the higher-end Mavic 2’s 30fps in 4K. You can likewise shoot hyperlapse videos in 8K without the need for complex post-processing.

There are “smart” modes, including SmartPhoto, which integrates scene recognition, HyperLight, and HDR into one mode for optimal results, and FocusTrack, which is a suite of intelligent tracking features that has ActiveTrack 3.0, Point of Interest 3.0, and Spotlight 2.0 capture modes.

The original has a flight time of 21 minutes, and the second-generation Mavic Air takes that number to as high as 34 minutes. That’s a big jump, thanks to new motors and electronic speed controllers, an improved battery technology, and an aerodynamic design.

The original has a flight time of 21 minutes, and the second-generation Mavic Air takes that number to a maximum of 34 minutes

With the company’s proprietary OcuSync 2.0 transmission technology instead of Wi-Fi, DJI claims that the drone can deliver “an extremely reliable and stable HD video feed” at a wide distance of up to 10km. The tech uses an auto-switching feature to move between frequency bands 2.4GHz and 5.8GHz based on signal strength, and there’s an anti-interference function to keep your video feed clear.

For safety, features such as obstacle sensors on the front and back; auxiliary lights on the bottom; and Advanced Pilot Assistance System 3.0 with 3D mapping for creating a new path around, over, or under an object to avoid collision should make you feel safer to fly the DJI Mavic Air 2.

The DJI Mavic Air 2 is the first of the brand’s consumer drones to include AirSense, a technology that warns drone pilots of other aircraft nearby with messages, sounds, and vibrations

What’s more, the new model is the first of the brand’s consumer drones to include AirSense, a technology that warns drone pilots of other aircraft nearby with messages, sounds, and vibrations. DJI says that because of COVID-19-related supply-chain shortages, units with the said tech will initially only be available in North America.

DJI Philippines told us at Revü that the combo package of the DJI Mavic Air 2 will be sold locally for P52,990 (around $1,048) starting mid-June.

That’s the Fly More option, which includes the drone itself, one battery, one remote controller, all the required wires and cables, a shoulder bag, ND filters, a charging hub, and three more batteries.