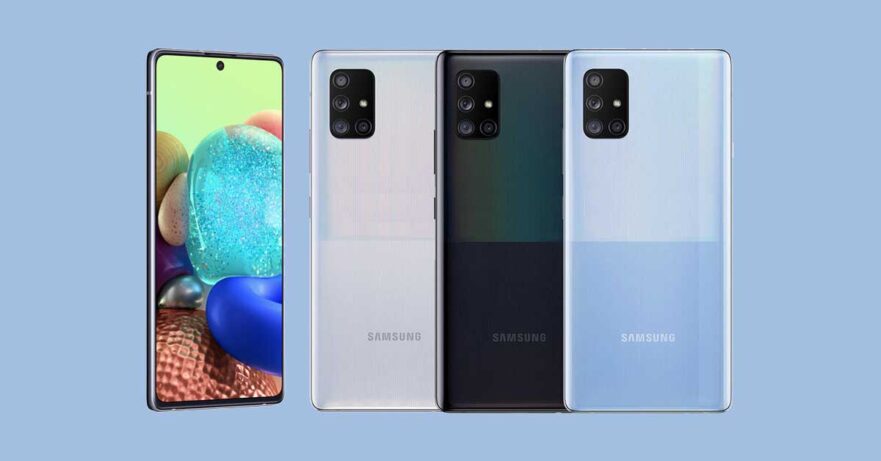 We just published our review of the 4G version of the Samsung Galaxy A71. But it looks like another variant of the smartphone is coming our way.

First leaked around November last year, the Samsung Galaxy A71 5G has already bagged certifications from the Wi-Fi Alliance and China’s TENAA and 3C. This suggests that its launch is just around the corner.

The image leaked by reliable tipster Evan Blass on Patreon, seen above, shows that the 5G model has inherited the 4G version’s Infinity-O screen, L-shaped camera module on the back, and visible vertical lines on the rear panel. But this time, Samsung has given the back a two-tone treatment. No more diamond-cut pattern here. Expect that inside, the difference lies in the chip and battery departments only.

The Samsung Galaxy A71 5G has long been reported to carry an Exynos 980 chip, which can also be found in devices such as the Vivo S6, X30, and X30 Pro. However, a recent listing in Geekbench benchmark tool shows that there could be a Qualcomm Snapdragon variant as well. If this is for real, then different markets will get A71 phones with different processors.

The smartphone’s battery is said to be rated at 4,370mAh, slightly smaller than its 4G counterpart’s 4,500mAh.