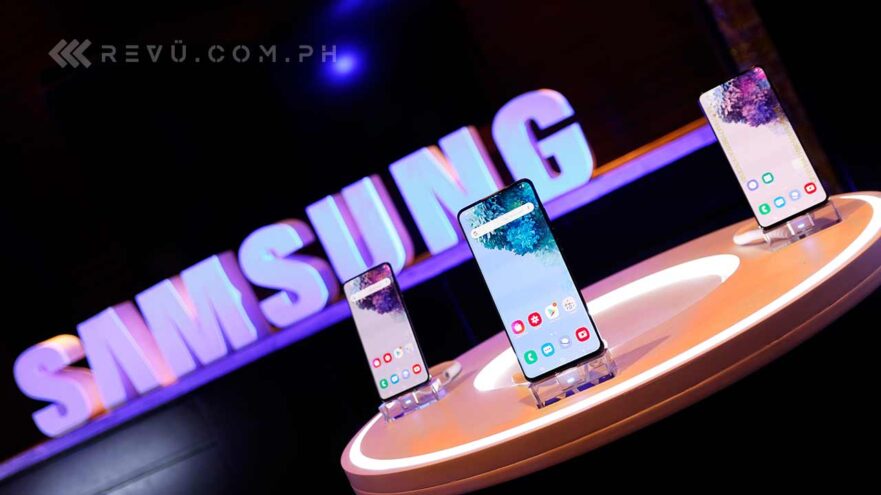 In a statement sent to SamMobile, which is a tech website covering all things Samsung, the Korean tech company has reaffirmed its stance that the Exynos 990 is just as good as the Qualcomm Snapdragon 865.

This is amid the recent report out of Korea that claimed Samsung’s mobile chip division had felt “humiliated” over the decision to offer the Snapdragon variant of the Samsung Galaxy S20, Galaxy S20 Plus, and Galaxy S20 Ultra in its home market. In the past, Samsung flagships launched in South Korea were built around the company’s own Exynos chipset, but that tradition was broken this year.

In the past, Samsung flagship phones launched in South Korea were built around the company’s own Exynos chipset, but that tradition was broken this year

In case you’re not familiar, the manufacturer sells the Snapdragon 865-based Galaxy S20 series phones in a few markets, including the U.S., China, and, recently, South Korea. In the Philippines, the Samsung Galaxy S20, Galaxy S20 Plus, and Galaxy S20 Ultra are all powered by the Exynos 990, which boasts two Mongoose 5 performance cores, two Cortex-A76 mid-tier cores, and four Cortex-A55 efficiency cores. It also has a 12-core Mali-G76 GPU from ARM.

Samsung said that both Exynos and Snapdragon chips in the Galaxy S20 range “go through the same strict and rigorous, real-life testing scenarios in order to deliver a consistent and optimal performance over the entire life cycle of the smartphone.” In other words, they should perform similarly in the real world.

The thing is, though, the benchmarks tell a different story, and even in practice, many reviewers have said they prefer the performance of Qualcomm’s latest and greatest.

A petition on Change.org is gaining traction online with currently more than 33,000 signatures, urging Samsung to stop using Exynos chipsets in its most expensive devices

Consumers have also been vocal about what they want to see on Samsung’s next flagships. A petition on Change.org is gaining traction online with currently more than 33,000 signatures, urging Samsung to stop using Exynos chipsets in its most expensive devices. The petition claimed that smartphones with Exynos chips “perform slower, have less battery life, use inferior camera sensors and processing, overheat and throttle faster, amongst other issues.”

Of course, even with tens of thousands of users clamoring for change, it’s unlikely that Samsung will make a dramatic change to its business model, especially as more brands take up the option of using its in-house processors (we’re looking at you, Vivo and Motorola). But hopefully, it can spur the company to make big moves to close the gap in the mobile-chip race.