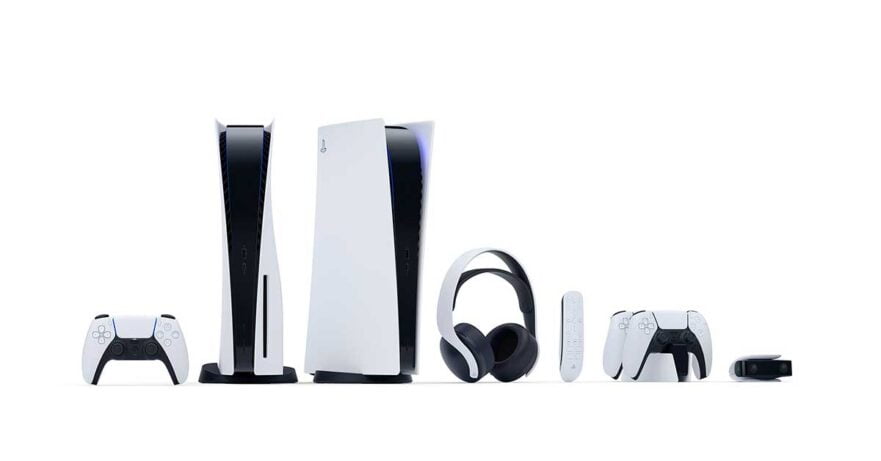 Sony just revealed its next-gen PlayStation 5 console as the climax to an hour’s worth of visually stunning game announcements. And just like Microsoft’s upcoming Xbox Series X, the PS5 is headed to stores this holiday season.

On the outside, the next PlayStation looks as good as it plays (well, at least based on some in-game footage we’ve seen thus far). Perhaps more notable is that it’s vastly different compared to the Xbox Series X, which resembles a sleek PC tower, especially in its black finish.

The PS5 will arrive in a white-and-black shell design to match the wireless DualSense controller that pairs with it. And like the new Microsoft console, the PS5 stands vertically, or it can be placed horizontally beside a TV.

Sony announced two versions of the console — one with a 4K Blu-ray drive and a Digital Edition that, as the name suggests, skips the optical drive that the other variant has. No drive means no dealing with disc errors as well as less bulk, but it should also translate to a cheaper price tag.

Inside, expect the PlayStation 5 to be powered by an octa-core AMD Zen 2 CPU paired with a custom RDNA 2-based GPU that promises to deliver 10.28 teraflops of compute power to support up to 8K graphics and 4K at a 120Hz refresh rate.

It will also use a proprietary SSD to offer 825GB of storage. The SSD solution, though, will be capable of transferring 5GB/s to improve load times for games that are installed on the internal storage.

Sony says the PS5 will support an “overwhelming majority” of the more than 4,000 PlayStation 4 titles available today, and that games from the previous generation could benefit from higher frame rates and resolutions for the new hardware platform. The company also unveiled a lineup of games expected to hit the console following its launch.

Just revealed – the future of gaming on #PS5: https://t.co/RcqrXBC4Fs pic.twitter.com/IeCOAL54Ih

Additionally, Sony announced a slew of new accessories for the PS5, including a charging station, an HD camera, a wireless headphone, and a media remote, though the Japanese OEM has yet to confirm a specific release for them.