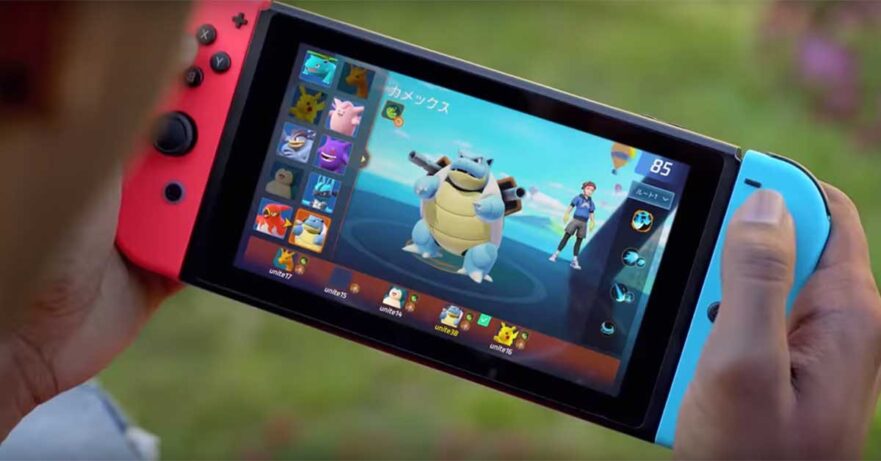 If you’re a fan of the Pokémon series — and you actually enjoy playing multiplayer online battle arena games like Mobile Legends and League of Legends, then Pokémon Unite, an upcoming release for the Nintendo Switch and mobile devices, might be worth keeping an eye on over the next few months.

The game is “free-to-start,” which suggests it will offer a subscription service as well as in-game purchases for serious players, and will see players face off in “five-on-five team battles.” But instead of destroying the opposing team’s base, like in other MOBAs, teams will work together in Pokémon Unite to catch wild Pokémon, level up, and evolve their own Pokémon to score points. The team with the most points within the allotted time wins.

Instead of destroying the opposing team’s base, like in other MOBAs, teams will work together in Pokémon Unite to catch wild Pokémon, level up, and evolve their own Pokémon to score points

The Pokémon Company didn’t give a release date for Unite, but it is being developed by Tencent’s TiMi Studios, which is responsible for Call of Duty: Mobile and two other popular MOBAs — Arena of Valor and Honor of Kings.

The game will support crossplay for multiplayer, which is something the Switch version of Arena of Valor doesn’t have right now despite being launched in 2018. Hopefully, Pokémon Unite will be the Switch’s first MOBA success, to entice more developers to port their game to the system or create their own IP. Anyway, the game looks fun and approachable, and we’re definitely looking forward to it.

It might be too early to tell, but it looks like League of Legends: Wild Rift will have some competition when it formally launches next year. Check out this video from Pokémon Unite.