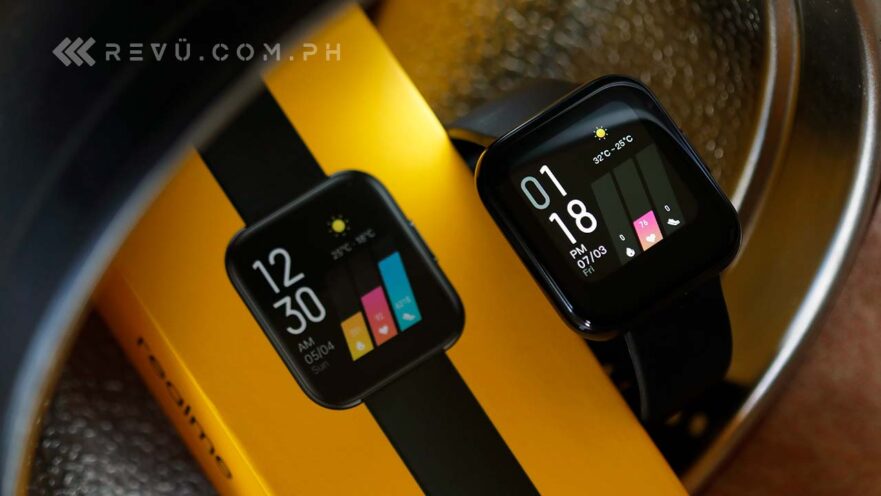 The Realme Watch will officially launch in the Philippines July 9th alongside the Realme X3 SuperZoom sub-flagship (click on this for the unboxing), which is the brand’s most impressive smartphone yet in terms of specs and camera technology — at least on the local market.

The Watch, on the other hand, is Realme‘s first-ever smartwatch, and like its other devices, the Realme Watch should be within the reach of many budget-wise. See our unboxing and first-look video below to take a look at some of its features in action and to find out how to pair the wearable with your smartphone.

The Realme Watch comes with several key features, including a square watch face with a 1.4-inch, 320 x 320 LCD touchscreen that delivers up to 380 nits of brightness, making it bright enough for most situations. The display is also protected by Corning Gorilla Glass 3 for added damage and scratch resistance, while the screen-to-body ratio is a decent 67%.

The product has a 20mm silicone strap that doesn’t feel cheap. Realme will also offer a bunch of first-party straps, so you can match the watch with your outfit. Like other Realme wearables, the Watch pairs through the Realme Link app, which is free to download from the Google Play Store.

Notably, the Realme Watch ships with a magnetic charging dock for convenient charging and ensuring the device sits properly on the cradle. Its other specs include Bluetooth 5.0; heart-rate and blood-oxygen-level monitors; and a plastic housing that has an IP68 rating against dust and water ingress.

Realme Philippines will announce pricing and availability details for the Realme Watch on the 9th, so be sure to follow its social media pages for updates. In India, it’s priced at ₹3,999. That’s around P2,643 in Philippine pesos (and $53 in U.S. dollars), so it’s probably going to cost here at approximately P3,000 ($61).