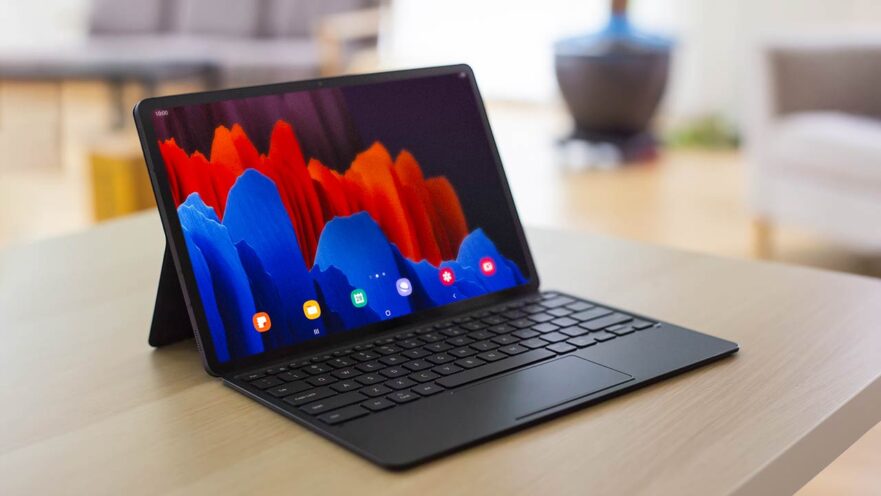 In addition to the Samsung Galaxy Note 20 and Galaxy Note 20 Ultra, Samsung Philippines has announced the new Galaxy Tab S7 series for the local market.

Available in Mystic Black and Mystic Silver colors, the Samsung Galaxy Tab S7 is priced at P47,990 (around $978 converted). The better-specced Samsung Galaxy Tab S7 Plus in Mystic Black and Mystic Bronze, on the other hand, costs P63,990 ($1,304). The in-box package includes an S Pen as well as a keyboard cover. Both tablets will go on sale from August 28.

The Samsung Galaxy Tab S7 and Galaxy Tab S7 Plus are flagship-grade tablets with a SIM slot for offering data connectivity on the go over LTE networks. Curiously, they’re powered by Qualcomm’s Snapdragon 865 Plus chipset, not the Exynos 990 that the Galaxy Note 20 ships with in most markets including the Philippines.

The Korean electronics maker has also thrown in large screens as well as an S Pen stylus that can be attached magnetically to the rear and is said to be better than ever, especially when jotting down notes via the all-new Samsung Notes app. It pulls double duty as a pointer and has a latency of 9 milliseconds, just like the one for the Galaxy Note 20 Ultra.

The latest Tab series brings better compatibility across Samsung’s Android 10-based One UI 2.5 overlay and Microsoft Windows 10 to enhance your productivity. It supports wireless DeX connections to external monitors as well, allowing you to experience a PC-like interface on a tablet without having to connect a dongle.

As for the specs, the most notable difference between the two is the screen. The Samsung Galaxy Tab S7 carries an 11-inch LTPS TFT display with a 2,560 x 1,600 resolution, while the Samsung Galaxy Tab S7 Plus variant uses a larger 12.4-inch, 2,800 x 1,752 Super AMOLED panel. But even though the tablets differ in display technology, both come with the same fast 120Hz refresh rate to match the fluidity of Apple’s higher-end iPads.

The most advanced Galaxy Tab that changes how you work and play: say hello to #GalaxyTabS7
Learn more: https://t.co/RNP4Im8wvz pic.twitter.com/49gbaasWXM

For taking pictures and scanning documents, the two are equipped with a 13-megapixel main camera and a 5-megapixel secondary option with ultra-wide lens. The front-facing selfie camera is 8 megapixels for both. It has a fixed-focus lens.

The battery inside the regular Tab S7 is larger, coming in at 10,090mAh. By contrast, the Samsung Galaxy Tab S7 Plus includes an 8,000mAh battery backup. Check out this specs comparison to see how the two tablets compare on paper.