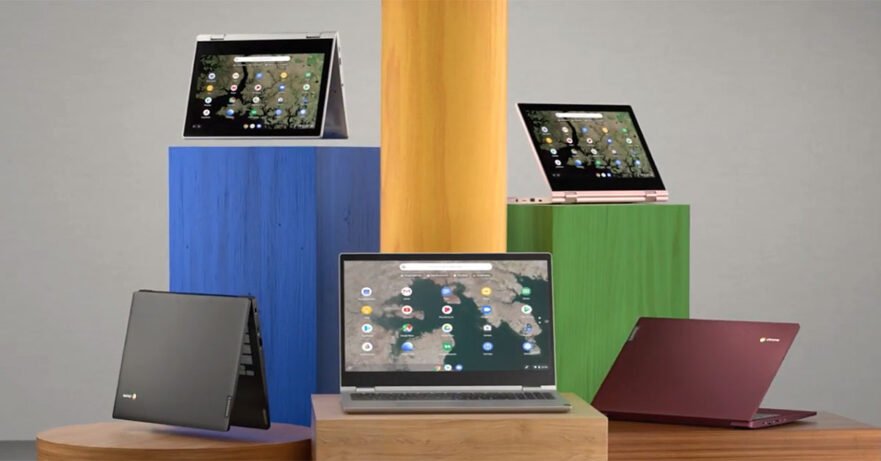 We earlier reported that Chromebooks will be making a comeback on the local scene, courtesy of Lenovo Philippines launching a trio of Chrome OS-based laptops in the country. Recently, Lenovo’s local arm has confirmed the three models that will be sold here — and it turns out we were right about them.

Still, the fact that we’re getting Chromebooks on the mainstream market is good news, especially to students who are looking for an affordable laptop that can run Microsoft’s productivity apps as well as other applications from the Google Play Store.

Yes, you read right. Chromebooks can run Android apps. And these Lenovo Chromebooks all have touchscreens and hinges that can be flipped all the way around, letting you use them as a tablet. Chromebooks also have lightweight specs, so when it comes to versatility and efficiency, they’re pretty hard to beat. Not to mention, they’re usually priced affordably given their target market.

The Lenovo Chromebook C330 is the cheapest of the lot and priced at P14,495 or $299 converted. It features an 11.6-inch touch display on a 360-degree hinge that the company is known for. It’s powered by a MediaTek MT8173C processor clocked at 1.73GHz and comes with 4GB of LPDRR3 storage as well as 32GB of native storage. In the Philippines, the Chromebook C330 will be available in Champagne Gold and Blizzard White colors.

The Lenovo Chromebook C340, on the other hand, also sports an 11.6-inch touchscreen on a flexible hinge. Unlike its predecessor, the C330, though, it runs on an Intel Celeron N4000 processor, which should deliver better performance than MediaTek’s SoC. The C340 will retail for P14,995 ($309) locally, so we suggest you choose it over the C330 for a bit more money.

Finally, there’s the Lenovo Chromebook S340, priced at P15,495 ($320). It’s based on the same Intel Celeron CPU the C340 uses, but comes equipped with a larger — and more useful — screen. The 14-inch panel on the S340 also increases its footprint, though, so if you’re not comfortable with a regular-sized notebook, Lenovo’s other Chromebooks are probably better suited to your taste.

You’ll find the specs of the Lenovo Chromebooks below, but take note that we got them from Lenovo’s official U.S. website. We can’t guarantee that all the specs will be consistent with what will be offered here.