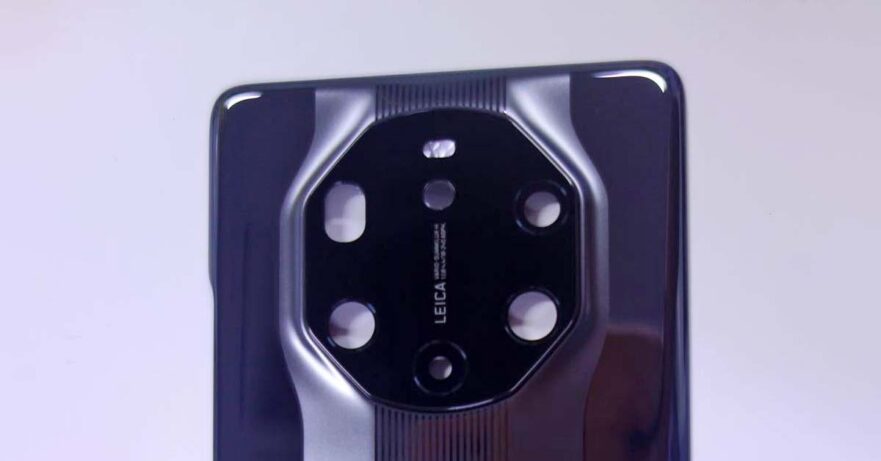 Or so the leak says. But we tend to believe it because of the tipster’s track record.

What you’re looking at is supposedly the Porsche Design Huawei Mate 40 RS, the most premium member of the Mate 40 series, which is set to be launched October 22.

What do you think?

This looks like the recent version teased by Huawei on Chinese social media platform Weibo. All the other teasers suggest a circular camera setup, but in the image below, the module is octagonal.

The Porsche Design Huawei Mate 40 RS color variant leaked on Twitter seems like a combination of glossy black and frosted matte gray. At the center are lines that go from the top to the bottom and “Huawei” and “Porsche Design” branding.

And oh boy, do we like it. It looks grand and powerful. If it were a person, it would be someone you don’t want to mess around with, so you better behave. Heh.

Word has it that the Porsche Design Huawei Mate 40 RS is equipped with a temperature-measurement sensor, which will allow the smartphone to measure the temperature of living and non-living objects. The feature sounds like something that was introduced on the Honor Play 4 Pro.

We’ll leave you with another Mate 40 series teaser. See you online October 22