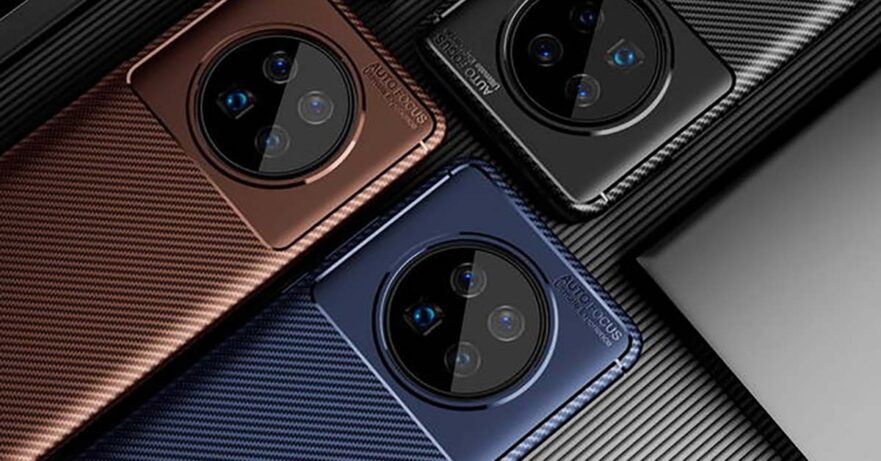 On October 22, Huawei will globally announce the tech giant’s flagship Mate 40 series, which is expected to include the Huawei Mate 40, Mate 40 Pro, Mate 40 Pro Plus, and Mate 40 RS Porsche Design.

(Update, October 18: Something about one of the units: This is a Huawei Mate 40 series phone with an IR thermometer. And one more: Huawei Mate 40 Pro specs, design leak out ahead of launch.)

The theme of the upcoming launch is “leap further ahead,” and according to reports, the Mate 40 phones will introduce a major breakthrough in the camera department. That sounds interesting given that the P series has historically been Huawei’s showcase model for mobile-imaging technology.

This is it! The launch date of the Huawei Mate 40 series…

Pre-sales are said to start in China on the same day the devices are launched, with an in-store release scheduled for October 30. As for the rest of the world, including the Philippines, there’s a chance the wait could be significantly longer depending on the number of units available for sale initially.

Previously, it was leaked that Huawei only has 8.8 million units of its upcoming flagship HiSilicon Kirin 9000 chipset, which will debut on the Mate 40 lineup. Huawei reportedly ordered TSMC to manufacture 15 million units ahead of the Mate 40 reveal.

The 5nm Kirin 9000 will integrate a 5G modem into the chip, as opposed to Apple’s approach of using a separate modem for its 5nm processor. It is also expected to sport Cortex-A78 cores, which will offer up to 20% better performance than the Cortex-A77. The Qualcomm Snapdragon 865 and Snapdragon 865 Plus and Samsung Exynos 990 sport Cortex-A77 cores.

On the GPU side, ARM’s Mali-G78 graphics would be a welcome upgrade over the Kirin 990/990 5G’s Mali-G76 GPU. The phones will likely run EMUI 11 based on Android 10 out of the box and should be among the first devices to upgrade to Huawei’s HarmonyOS once the latter is released for mobile devices.

HarmonyOS has made the news rounds lately after reports that China is supposedly preparing an antitrust investigation on Android running Google Mobile Services. If Google is proven to have been breaking China’s antitrust laws, Chinese manufacturers could be forced to run HarmonyOS on their phones. You might recall that Google has been hit with a record-breaking €2.42 billion fine by the European Union for blocking shopping search sites.

China is preparing to initiate an antitrust investigation on the Android system with GMS. Google blocked shopping search sites and was fined 2.4B by the European Union. If the new case is proven, all Chinese OEM’s may be forced to drop Android and switch to Huawei’s #HarmonyOS pic.twitter.com/5k12GDKQdA

In terms of design, leaks suggest that the Huawei Mate 40 Pro, Mate 40 Pro Plus, and Mate 40 RS Porsche Design could have a waterfall OLED screen identical to last year’s Mate 30 Pro, with a pill-shaped punch hole for the selfie camera and facial-recognition system. Just like on the Huawei P40 Pro and P40 Pro Plus, this display could have a 90Hz refresh rate.

The screen size is rumored to be 6.7 inches across, while the regular Mate 40 might come in at 6.5 inches, slightly smaller than the previous model. However, despite the disparity in display size, the Mate 40 could be a larger device, similar to how the Mate 30 has a bigger overall footprint compared to its Pro sibling courtesy of its flat panel and thicker bezels.

It’s claimed that the Huawei Mate 40 will have a triple camera on the back made up of a 50-megapixel primary camera, a 20-megapixel ultra-wide option, and an 8-megapixel telephoto shooter, plus laser auto-focus to round off the specs.

Meanwhile, the Huawei Mate 40 Pro is said to pack a 50-megapixel wide-angle camera with liquid-lens technology, an 80-megapixel Cine camera for superior low-light shots, along with a periscope telephoto lens and a Time of Flight sensor for portraits. Huawei has yet to confirm these specs, though.

Based on early case designs for the Mate 40 phones, expect to see the optics in a circular camera housing, but with a different camera arrangement that incorporates an oblong flash module.

The built-in batteries for the Huawei Mate 40 series will likely be in the 4,500mAh range and may support fast wired charging at up to 66 watts. The Mate 30 series came with 40-watt charging, so we can definitely see Huawei going the extra mile here, especially since OPPO and a few other smartphone manufacturers have recently stepped up their game to offer insanely fast charging speeds on their flagship devices.