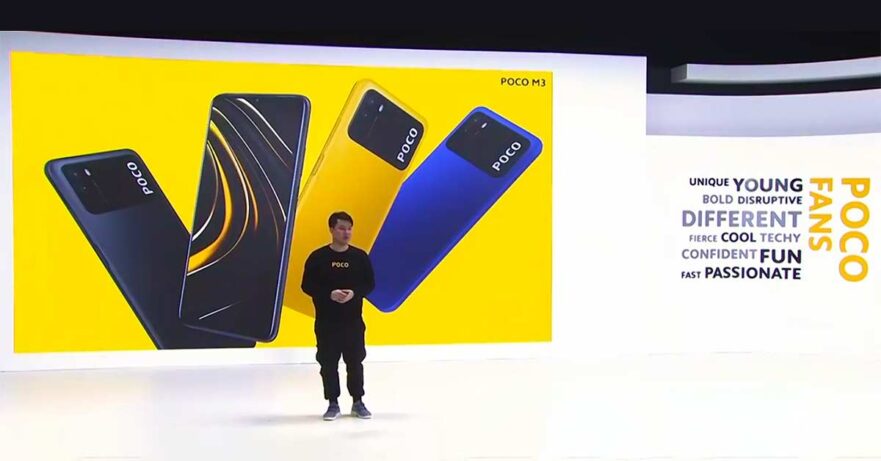 Alongside the POCO M3‘s global debut, Xiaomi has launched the POCO’s latest smartphone offering in the Philippines — and at attractive prices, too.

The first POCO M3 sale in the Philippines is scheduled for November 27. As an initial offering, the phone will be offered at “early bird” prices of P5,990 ($124) and P6,990 ($145) for the 64GB and 128GB storage versions, respectively. The discounted prices will be available from November 27 to 28 only. Additionally, purchases of the M3 during the first two hours of the November 27 sale will be bundled with a pair of Xiaomi in-ear earphones while stocks last.

Unfortunately, it won’t be offered offline (for the meantime at least), as the POCO M3 will be exclusive to the Xiaomi Official Store Global on Lazada Philippines, where we first spotted it a few days ago.

As for the smartphone itself, the POCO M3 will feature a 6.53-inch Dot Drop LCD with FHD+ resolution and Widevine L1 certification, as well as TÜV Rheinland certification for low blue-light emission.

As suggested by initial leaks and teasers, the back of the phone features a rectangular camera module with triple lenses and a pretty sizable POCO branding on the side. The M3’s rear panel also sports a textured finish for better grip and handling.

The primary camera is 48 megapixels, while the secondary sensors come in the form of two 2-megapixel sensors for macro and portrait shots. Xiaomi has also equipped the POCO M3 with creative software features for the main camera, including Night mode, Movie Frame, Time-lapse, and 120fps Slow Motion.

The POCO M3 is powered by a Qualcomm Snapdragon 662 chipset and a big, 6,000mAh battery that supports fast charging up to 18 watts. Interestingly, Xiaomi will ship a 22.5-watt quick adapter in the box of the M3, which is a bit more than what the phone can handle, although that shouldn’t be a problem. As expected, the M3 runs MIUI 12 based on Android 10 out of the box.

Other key features of the phone include an 8-megapixel selfie camera; a side-mounted fingerprint reader; an IR blaster; and stereo speakers, which is a rarity at this price point.