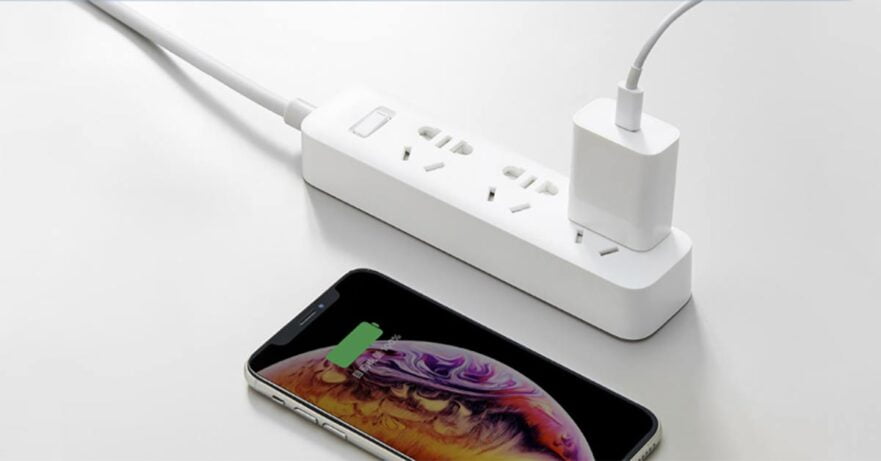 No charging brick? No problem. Apple is trying to save the environment, or at least appears to do so, by not including a power adapter and wired earphones in the iPhone 12 series packaging that’s 70% smaller than previous boxes. Of course, that won’t stop other companies from creating extra waste by selling chargers for the newest iPhones and some older models, which currently ship without power adapters and earphones.

Cue Xiaomi, one of the top Android vendors in the world. After mocking Apple for its efforts with the iPhone 12 lineup (and beyond), the company announced a new 20-watt USB-C fast charger for Apple’s latest handsets, including the iPhone 12 Pro, which we unboxed in a recent video.

The charger uses the PD or Power Delivery standard to deliver the fastest wired charging possible on all iPhone 12 variants (20 watts). It supports older iPhones, as well as Android smartphones, the Xiaomi Mi 10 and Mi 10T series included.

The Xiaomi 20-watt PD charger is priced at ¥39 (around $5.83 or P242 converted) and will go on sale November 3. There’s nothing fancy or revolutionary about it. Like most third-party chargers on the market, Xiaomi‘s iPhone power brick comes in a standard, unassuming white housing and weighs 43.8 grams. Its safety features include over-voltage protection, over-current protection, and anti-electromagnetic interference.

Apple’s official support website says that using a fast power adapter can charge supported iPhones — iPhone 8 and later — to 50% in 30 minutes. You will need a 20W or higher adapter to fast-charge the iPhone 12 mini, iPhone 12, iPhone 12 Pro, and iPhone 12 Pro Max.

If you can’t wait for it to hit Philippines stores, you can always buy a USB-C PD charger from another OEM. We bought the version with a cable of the one below for our Apple iPhone 12 Pro from the Ugreen brand store on Lazada Philippines. It’s more expensive than others listed online, but we trust the vendor. Found cheaper alternatives? Feel free to share them in the comments below or send us a message on our Facebook page.