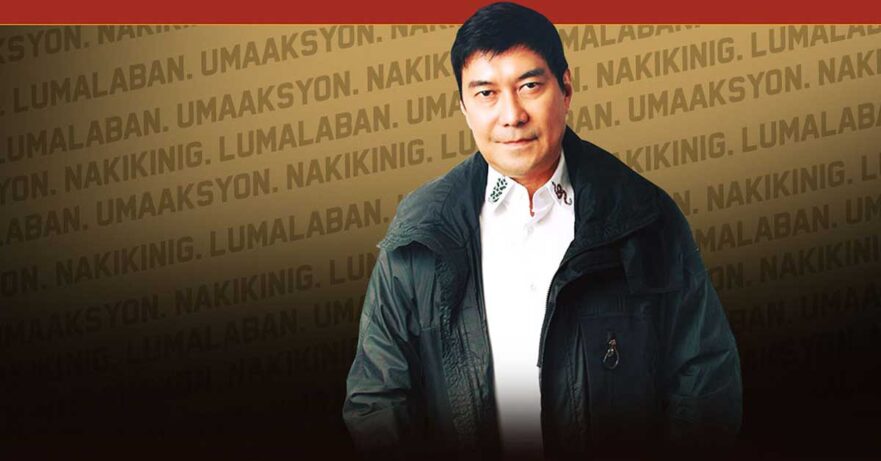 From broadcaster to media personality to… founder and operator of an online marketplace? Media-host-turned-businessman Raffy Tulfo launched his own online-retail platform Idol Shopping Network, vowing to compete with the likes of Lazada and Shopee in the Philippines. It will formally go live later this month, presumably via a desktop site and/or an app.

And true to his persona on his popular online and radio show, Tulfo promises to welcome buyer complaints on his platform and go after vendors that fail to meet its standards. In an interview with the Philippine Star, Tulfo claimed that ISN’s merchants are well-screened and that the selection process for potential sellers is “long and strict,” adding that representatives of the platform must see the product/s to be offered firsthand before being greenlit for posting.

He added that it doesn’t matter if ISN starts with a few vendors as long as they are “reliable.” Additionally, users of the platform must agree to be photographed or captured on video while opening a package from the courier to make sure its contents are correct and in good condition. No biggie. Lazada’s and Shopee’s logistics partners in the Philippines already take photos of the package recipient upon delivery, at least in our experience. Otherwise, the buyer may opt not to receive the package.

The press conference, in case you want to watch it

In the article, Tulfo revealed that customer grievances against Lazada and Shopee aired on his online and radio program gave him the idea to put up his own digital marketplace. It failed to mention Idol Shopping Network’s cut from sales and other fees interested sellers would want to know before joining the platform. There’s also no mention if ISN will cater to users outside of Metro Manila and whether or not it will allow the posting of used or secondhand items.

In any case, Tulfo hopes that small-scale businesses, particularly fruit and vegetable farmers, will use his platform to help them be self-sufficient while doing their part to assist the country’s economy. His long-term plan for ISN includes using its profits to build and maintain a school.

Image via Raffy Tulfo in Action