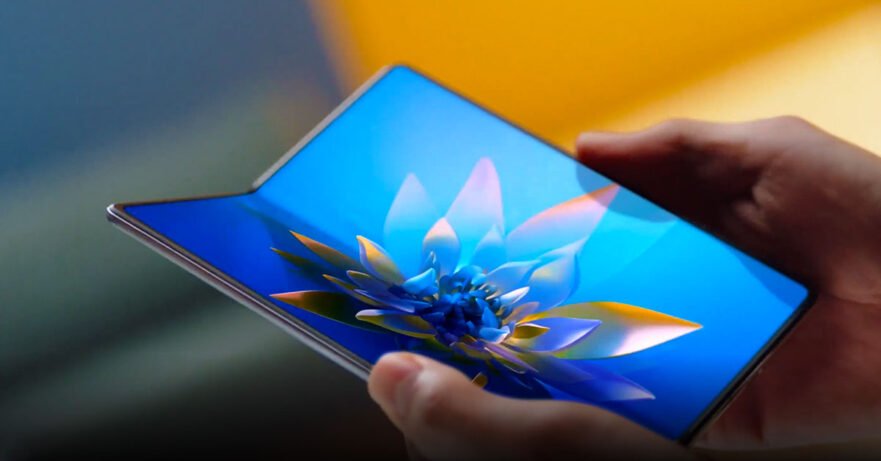 Huawei today launched a new foldable smartphone, the successor to the Mate Xs, at a virtual event in China where Huawei CEO of consumer business Richard Yu personally took the stage to make the announcement.

And your favorite color variant is…?

The Huawei Mate X2 is the company’s latest foldable phone and its first original design since the original Mate X that debuted in 2019. It still comes with a massive screen that folds at the center, like previous iterations. The big difference this time around is that the Mate X2’s foldable display, which measures 8 inches with a resolution of 2,480 x 2,200, bends from the inside as opposed to folding outward.

Notably, it’s the same approach the Samsung Galaxy Fold series adopts. And similar to the Fold, Huawei’s new Mate also has a secondary outer screen for phone mode. There is no camera on the inner display, and the bezels look pretty small. Huawei says the screen will be complemented by a suite of smart features for better multitasking, such as Smart Multi-Window, Floating Window, App Multiplier, and App Bubble, to name a few.

The Mate X2’s screens are OLED and go up to 90Hz, which is impressive

Samsung’s Galaxy Z Fold 2 only has one 120Hz display (the cover screen is a standard 60Hz affair), to put the Mate X2’s specs into perspective. The Galaxy Z Fold 2’s main and secondary OLEDs are also slightly smaller, coming in at 7.6 and 6.2 inches, respectively.

On the camera front, the Huawei Mate X2 sports a quad rear setup headlined by the same 50-megapixel Ultra Vision Camera with f/1.9 aperture lens and optical image stabilization found on the back of the Mate 40 Pro. The camera is joined by a 16-megapixel, f/2.2 ultra-wide camera and dual telephoto cameras for up to 10x optical zoom and 100x digital zoom — which no other foldable on the market currently has.

The outer display packs a 16-megapixel selfie shooter, not as impressive as the primary camera on the back. It is equipped with a wide-angle lens, though, and has an HDR photo mode.

The Huawei Mate X2’s dual telephoto cameras have up to 10x optical zoom and 100x digital zoom, which no other foldable on the market currently has. It also supports 55-watt fast charging — the fastest solution yet available on foldable smartphones

The Mate X2 runs EMUI 11 based on Android 10 out of the box, with Huawei Mobile Services and no Google apps.

Video: Huawei Mate X2 launch, in case you missed the livestream. Presentation starts at the 1:27 mark