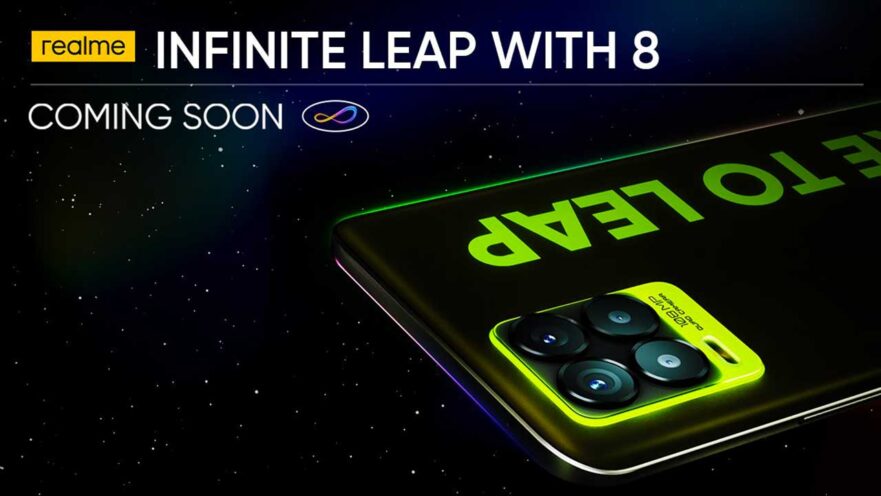 Realme‘s follow-up to the 7 series will debut March 24 in India, the company has confirmed via a teaser video. Like previous generations, there will be two new smartphones in the lineup composed of the Realme 8 and Realme 8 Pro.

With a #DareToLeap spirit, our CEO @MadhavSheth1 has defied all odds and taken the #LeapToInfinity. The next benchmark in the smartphone industry is almost here. It doesn’t get clearer than this.

What’s more, the key specs of these upcoming midrange devices have been revealed in official-looking posters. They will be sold first on India’s Flipkart online retail platform, though no release date has been confirmed as of yet. There’s no confirmation either on when they will launch in the Philippines. The Realme 8 and Realme 8 Pro will take on Xiaomi’s Redmi Note 10 series.

In case you haven’t been keeping tabs on recent developments, the new phones will be equipped with bold designs featuring the brand’s “Dare to Leap” mantra and punch-hole Super AMOLED displays with possibly a higher-than-60Hz refresh rate, at least on the Pro variant.

The Realme 8 is expected to arrive in black and silver colors, while the Realme 8 Pro could sport black, blue, and yellow colorways, with the latter reportedly dubbed Illuminating Yellow recently being teased.

Other specs of the vanilla model include a 64-megapixel quad-camera setup on the back. As was the case last year, the Realme 8 might be powered by a MediaTek Helio G95 processor, too, paired with up to 8GB RAM and 128GB of built-in storage.

The Realme 8 Pro is said to be equipped with a Qualcomm Snapdragon 720G and a 4,500mAh battery that supports 50-watt fast charging, but its hallmark spec is the Samsung-made 108-megapixel Isocell HM2 image sensor mainly responsible for taking pictures and video from the rear. To keep up with their rivals, it makes sense that both phones will launch with Android 11-based Realme UI 2.0, the company’s latest Android overlay.