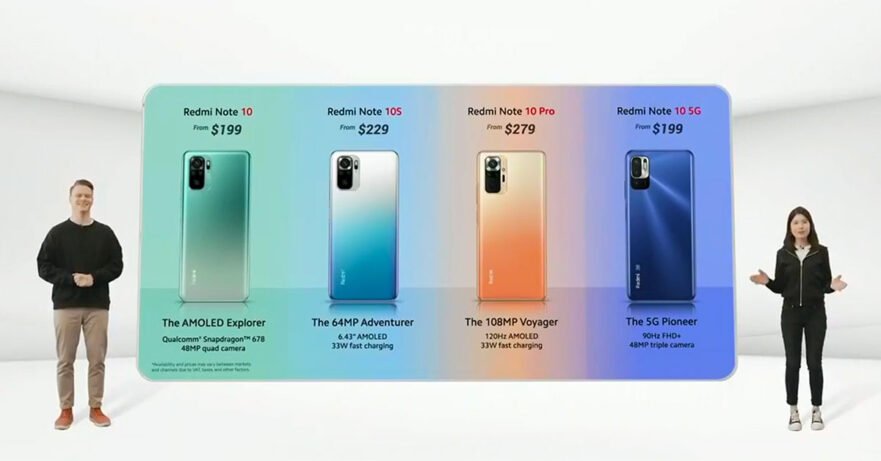 (Update, July 18: The Redmi Note 10 5G is an affordable 5G phone, but is it worth buying? Here‘s what we have to say after more than a month of using it!)

(Update, June 3: The Redmi Note 10 5G and Redmi Note 10S have been launched in the Philippines! See their respective prices and specs here.)

(Update, April 3: The Redmi Note 10 Pro with 108-megapixel camera is now listed in the Philippines! Are you getting one?)

(Update, March 13: We detail the aggressively priced Redmi Note 10’s hardware chops, including its gaming performance and benchmarks in Redmi Note 10: We test the first SD 678 phone in PH.)

(Update, March 12: And the Redmi Note 10 is official in the Philippines! Read Redmi Note 10 priced in PH, to be P500 cheaper for limited time.)

The Redmi Note 10S finds itself in a precarious spot between the Pro and base model, whereas the Redmi Note 10 5G should be an exciting prospect for budget-minded consumers looking for a 5G handset that won’t blow a hole in their budget. All four models ship with MIUI 12 layered on top of Android 11.

As for global pricing, the Redmi Note 10 lineup is priced as follows:

Xiaomi Philippines says that local details will be announced soon, but expect to see three memory configurations of each device to go on sale locally. We’ll publish a separate article about the Redmi Note 10 lineup’s pricing and availability in the Philippines once the information is available.

The most premium model in the series, unfortunately, is lacking 5G connectivity, but it does carry a 108-megapixel Samsung ISOCELL HM2 camera sensor with 9-in-1 pixel binning at the back and the same Qualcomm Snapdragon 732G chipset that makes the POCO X3 NFC a generally capable and smooth performer. That 108-megapixel sensor is the highest of any Redmi phone in the midrange to date.

The 6.67-inch AMOLED screen looks promising for the price, operates at 120Hz, and has a touch sampling of 240Hz, while the 5,020mAh battery should easily be enough to last a full day and supports 33-watt fast charging. Of the four phones revealed today, the Note 10 Pro is the one best suited for users who value image quality over just about anything else in a smartphone.

The middle child of the series gets a MediaTek Helio G95 processor alongside a 64-megapixel primary camera and a 6.43-inch AMOLED panel with a 20:9 aspect ratio and 60Hz refresh. Given the internals and lack of a high-refresh panel, the 5,000mAh battery inside should be more than sufficient for a full day of medium to heavy use.

This wallet-friendly 5G variant is powered by a MediaTek Dimsensity 700 SoC, which integrates a 5G modem for better performance and efficiency. Other than that, it has a well-sized 90Hz LCD display, plus a fast-charging 5,000mAh battery pack and triple rear-facing cameras led by a 48-megapixel sensor.

The vanilla Note 10 is meant to be one of the cheapest AMOLED-equipped phones on the market, but also includes other nice features, such as a Qualcomm Snapdragon 678 silicon; a 5,000mAh battery with 33-watt fast charging; and a 48-megapixel primary camera accompanied by ultra-wide and macro lenses.

Last year’s Redmi Note 9 was an excellent purchase for under P10,000 ($206), so it would be interesting to see if the follow-up is a notable upgrade from one of 2020’s most popular Android smartphones.