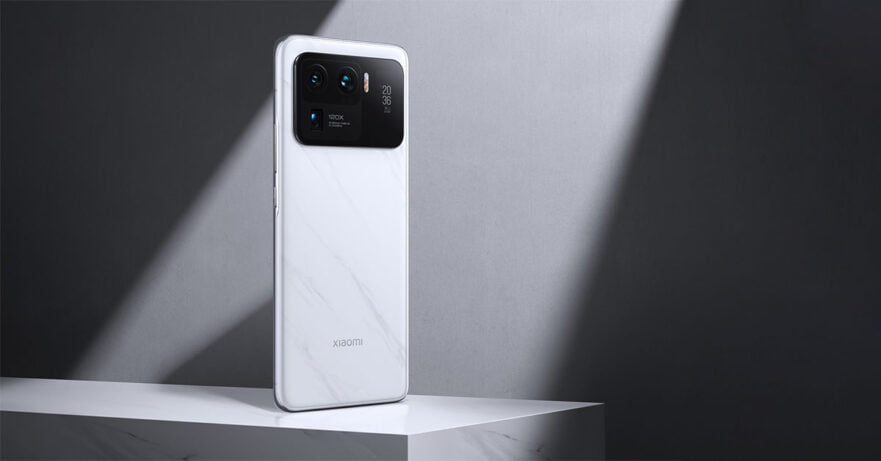 Xiaomi‘s latest flagship is here, and besides being one of the most leaked smartphones this year, it is arguably the most impressive commercial device the Chinese manufacturer has ever produced, at least from an imaging standpoint. Meet the big and bold — and very camera-centric — Xiaomi Mi 11 Ultra.

In China, the smartphone is priced as follows:

As it turns out, the alleged Mi 11 Ultra that appeared in a full-on hands-on video earlier was the real deal, sporting Corning Gorilla Glass Victus on the front and ceramic at the back. The Xiaomi top-end flagship features a giant triple-rear-camera setup alongside a secondary AMOLED screen that, among other things, will allow you to capture super-detailed and wide-angle selfies using any of the rear cameras, though you can still take pictures using the 20-megapixel front-facing camera. No wonder Xiaomi proudly describes the Mi 11 Ultra as a “pocket-sized film studio.”

Speaking of which, the phone’s most notable camera spec is its 50-megapixel Isocell GN2 1/1.12-inch sensor that Xiaomi co-developed with Samsung in a span of 18 months. A direct sequel to last year’s GN1, the GN2 is the largest sensor in a smartphone and offers bigger pixels and a new PDAF technology dubbed Dual Pixel Pro that promises quicker and more accurate focus locking. It’s also capable of taking super-high-resolution 100-megapixel photos by rearranging the color pixels in an image, as well as 8K video recording at 24 frames per second.

A device built for true enthusiasts. That’s #Mi11Ultra, the best of the best. #TheDirectorsCut pic.twitter.com/fQlsJQpPPS

The Mi 11 Ultra’s camera at a glance

The secondary cameras are 48 megapixels each — one for ultra-wide shots and another for zooming in on the action. The wide-angle shooter can be used for macro shots as well, while the telephoto camera is capable of 5x optical zoom and up to 120x digital zoom. Both cameras can shoot 8K footage and support Night mode for brighter pictures in low light.

Camera-ratings website Dxomark has tested the Mi 11 Ultra ahead of its launch and awarded it the highest overall score of any phone they have ever tried, giving the Xiaomi a score of 143, four points higher than the now-second-ranked Huawei Mate 40 Pro Plus. Dxomark will publish its review “very soon.”

THE new camera. Can't wait to show you some snaps on #Mi11Ultra pic.twitter.com/Rsluw4bvQ9

Like the regular Xiaomi Mi 11, this flagship is equipped with a 6.81-inch AMOLED quad-curved display with 3,200 x 1,440 resolution, 10-bit color support, up to 1,700 nits peak brightness, and up to 120Hz variable refresh rate. XThe company got the screen tested by industry authority DisplayMate and received an A+ grade, putting the Mi 11 Ultra on a par with the standard Mi 11, Apple iPhone 12 Pro Max, OPPO Find X3 Pro, OnePlus 9 Pro, and POCO F3/Redmi K40. Around the back, the secondary AMOLED measures 1.1 inches, has always-on capabilities for alerts and notification, and will include a power-saving option after a future software update.

As expected, a Qualcomm Snapdragon 888 chip powers the assembly, coupled with 12GB RAM and 256GB of internal storage. To protect the device from overheating, the Xiaomi Mi 11 Ultra introduces a new three-phase cooling system that uses solid, liquid, and gas elements to cool the internals and is said to deliver 100% better thermal conductivity. Considering the Mi 11 struggled to keep the Snapdragon 888 operating at decent temperatures under heavy load, any improvement in the cooling department is welcome.

Xiaomi has opted for a 5,000mAh battery backup in the Mi 11 Ultra to ensure all-day use, while wired and wireless charging max out at 67 watts. Not as impressive as the Mi 10 Ultra’s industry-wide gold standard of 120 watts, though it’s probably much safer and less damaging to the battery in the long run. Not to mention, it can still refill a battery at lightning speed, from zero to full in under 40 minutes.