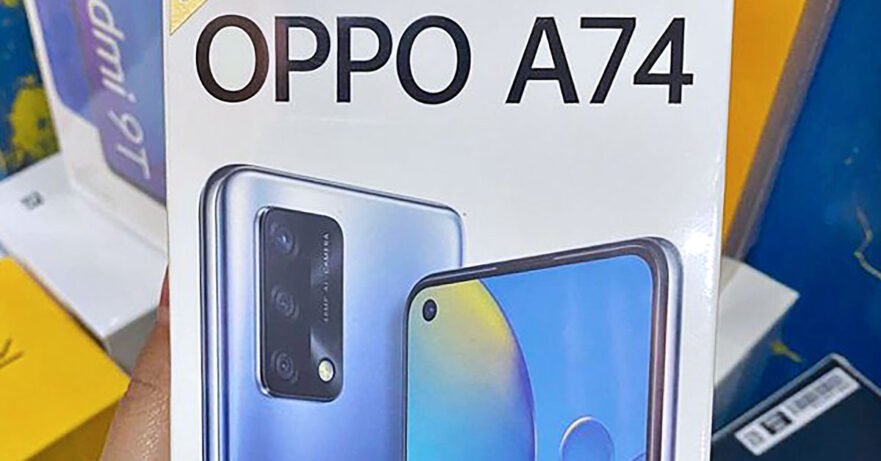 The OPPO A94 and OPPO Reno 5 Marvel Edition are not the only new OPPO models that have been rolled out to local stores. Another A series phone — one that’s more affordable than the A94 — has joined the duo earlier than expected.

(Update, April 4: The 5G version of the OPPO A74 is official! See its price and specs here.)

The A74 shares some of the A94’s specs, chief of which is the AMOLED screen that measures 6.43 inches, has 2,400 x 1,080 resolution, and gets a 60Hz refresh rate. So while the former is the second OPPO A series handset to be released in the country with an AMOLED panel, it’s the cheapest smartphone from the brand to have that type of screen.

The OPPO A74 likewise features a 16-megapixel selfie camera housed in a punch hole, a fingerprint sensor under the display, ColorOS 11.1 on top of Android 11, and 128GB of storage, although the RAM is set at 6GB instead of the 8GB of RAM that the A94 is packing. It gets 48-megapixel primary, 2-megapixel macro, and 2-megapixel depth sensors on the back, too, but loses an ultra-wide lens.

Fortunately, the OPPO A74’s battery is already rated at 5,000mAh, with the ability to support a maximum of 33-watt fast charging via USB-C. Plus, Qualcomm enthusiasts would be glad to know that the newly released device is powered by a Snapdragon 662 chip.

Word has it that the A74 will have a 5G version. A listing on Geekbench shows it sports a Qualcomm Snapdragon 480 SoC.