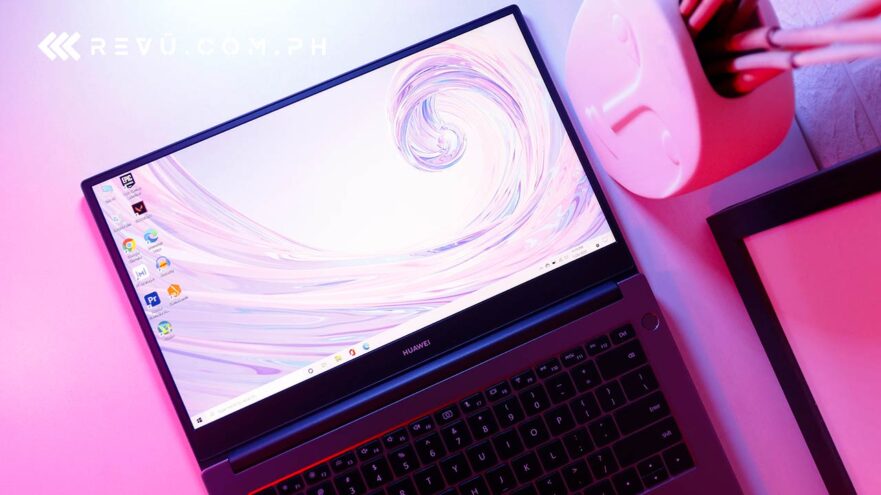 New Huawei products are coming our way soon, with laptops launching as early as two days from now.

(Update, April 17: And Huawei’s 2021 laptops are official in the Philippines!)

The latest MateBooks will be launched in the Philippines April 16, and on the 18th, expect to see the Huawei FreeBuds 4i and Huawei Band 6.

Huawei didn’t reveal the exact notebook models it will release in the country. In a press release it sent to the local media, it just said the laptops are “equipped with the world’s best 11th-generation Intel Core processors with Intel Iris Xe graphics, 16GB RAM + 512GB SSD, and other new features compared to their predecessors.”

However, a quick search on Facebook and even a click on the #HUAWEIMateBookFamily2021 it’s using in its teasers show the company will launch the 2021 versions of the Huawei MateBook D14, MateBook D15, MateBook 14, and MateBook X Pro. Preorder starts April 19 and ends April 22. You can see screenshots of the key visuals posted online below.

Huawei entered the PC business only in 2016, but it has been steadily gaining traction. Case in point: It has grown market share by 400% in a span of a year.

As for the audio products, Huawei Philippines itself has disclosed that the Huawei FreeBuds 4i and Huawei Band 6 will be up for preorder from April 19 to April 29. Early adopters of the two devices will get a free Bluetooth speaker P1,499 (around $31). No prices have been revealed thus far, though.

We’ll have more of the upcoming products as soon as they become official in the Philippines.