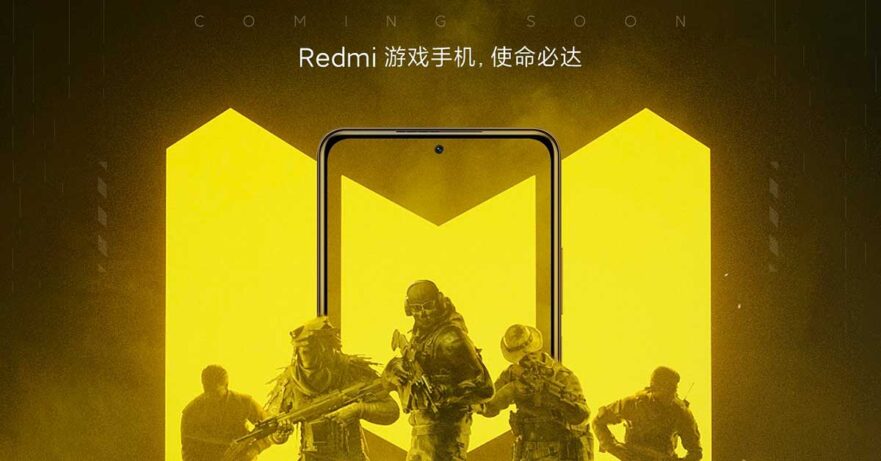 A Redmi gaming smartphone code-named ARES has been rumored to be in the works for a while now. Today, April 13, we finally know it’s coming.

(Update, April 23: This is how Redmi’s first gaming phone looks.)

(Update, April 20: Redmi’s first gaming phone is launching April 27! Here‘s what we know about it so far.)

Xiaomi has revealed on Chinese social media platform Weibo that a Redmi gaming mobile exists. And while the company hasn’t announced the exact launch date yet, the good news is that the device is confirmed to go official at the end of the month. In fact, it’s going to be the official device of Call of Duty: Mobile in China.

In a note Lu Weibing penned to followers of the brand, Redmi China’s general manager explained why e-sports is their next main battlefield. He said that 70% of Redmi users are young and many of them spend their time playing games on their phones.

Redmi general manager Lu Weibing said e-sports is their next main battlefield. Apparently, 70% of Redmi users are young and many of them spend their time playing games on their phones

The upcoming model will be positioned as a flagship handset for hardcore gamers. But because this is Redmi we’re talking about, trust that the gaming phone will offer a great price-to-performance value. It’s expected to go toe to toe with the Realme GT Neo, the world’s first first MediaTek Dimensity 1200 unit that’s priced from only ¥1,799 (roughly P13,343 in Philippine pesos or $275 in U.S. dollars).

The Redmi device is said to be powered by Dimensity 1200, too. The 6nm 5G chip should be faster than Qualcomm’s Snapdragon 870 and will offer up to 22% faster processing performance and up to 25% more power efficiency than previous top-end MediaTek SoCs.

Reports have it that the Redmi gaming phone features a shoulder button, a 6.7-inch E4 AMOLED punch-hole screen with a 144Hz refresh rate, a 5,000mAh battery with support for 67-watt fast charging, and a 64-megapixel Sony IMX686 main sensor on the back assisted by 8- and 5-megapixel cameras. It will ship with MIUI 12.5 out of the box.